Choppy seas make Navagio beach hard to get to in the best of circumstances, but now safety measures are being put into place to ensure greater security. 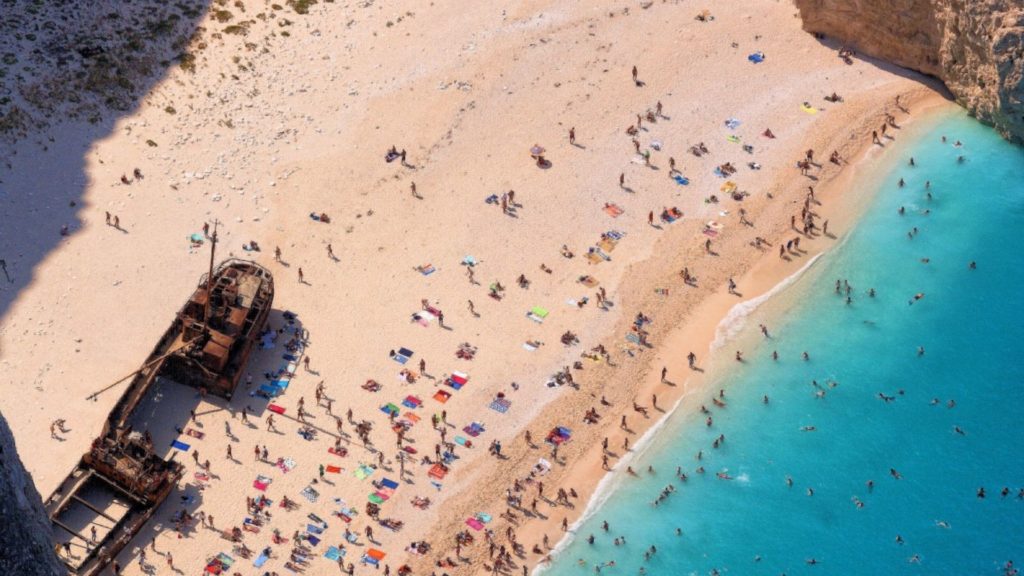 Navagio (Shipwreck) Beach on the Ionian island of Zakynthos has been hard to get to at the hardest of times. Those who brave the dangerous waters – it’s no coincidence that the shipwreck took place in the first place – are rewarded with incredible beauty and constrasts. The rusty skeleton of the ship rising from the powdery white sand creates a colour contrast with the limestone cliffs and turquoise sea.

Now the amazing beach on the northwestern part of the island will be even harder to reach as a result of a plan to help manage the flow of the island following safety concerns, just seven months after a major landslide at the emblematic beach.

Noted geology specialist Efthymios Lekkas, from the National and Kapodistrian University of Athens, told the Athens Macedonian News-Agency that measures will make the area safer. “We are pleased to present the first visitor flow management plan for Navagio beach, which will designate and demarcate areas,” he said. Three zones will be created, with access to the first zone offered free under conditions; the second zone will be restricted after rainfall or an earthquake; whereasthe third zone will be closed off to all visitors.

There will be special signs placed at the beach and supervisors to ensure that the rules are being implemented.