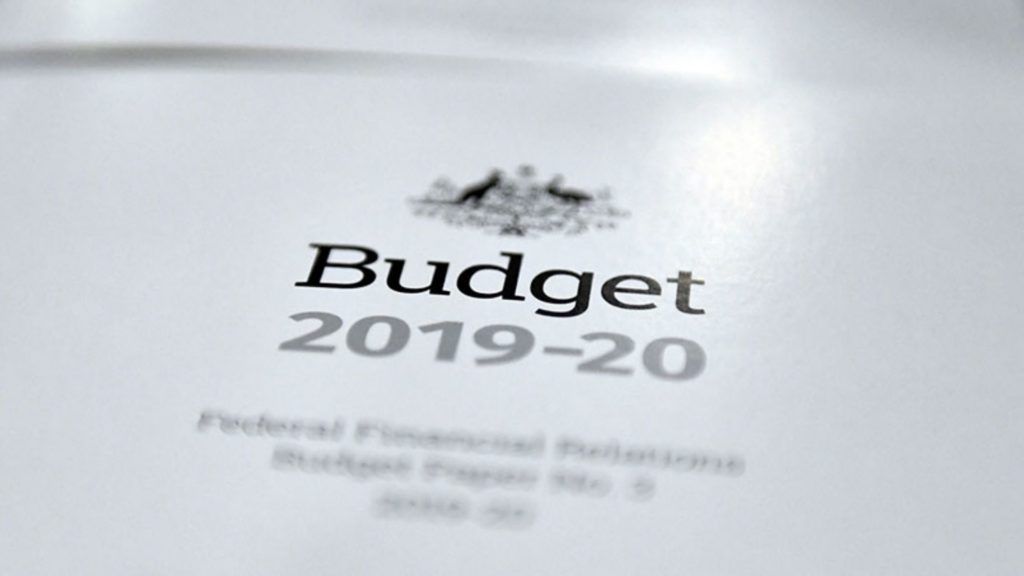 The delivery of the 2019-20 budget by Scott Morrison’s Liberal-National coalition, and the budget-in-reply speech made by Labor leader Bill Shorten have both contributed to setting out some of the battle-lines between the major parties for the forthcoming national election.

The electoral context in which these two significant pre-election speeches were made could not be more difficult for the Coalition government. Having suffered a severe anti-government swing at the 2016 election that reduced the Coalition margin in the lower house to the barest minimum, neither the Liberal nor National parties can afford to lose any more seats to Labor. Indeed, the Coalition must win back some seats, either from the Labor party or by regaining seats like Indi and Wentworth that are currently held by independents.

All these objectives look like forlorn hopes. Opinion polls have been indicating a persistent majority two party vote for the Labor opposition for nearly three years. Labor needs only a uniform two-party swing of one per cent to secure the seats necessary for a lower house majority. This election really is Labor’s to lose.

In light of this, the budget really was the last chance for the government to try to reverse what looks like a slide towards a substantial defeat. This reality was actually a key theme to Australian treasurer Josh Frydenberg’s budget, and resonated with the promises made in the treasurer’s speech to bring forward tax cuts and to expedite a major infrastructure construction program. The promise to spend large amounts of money on rail and roads sounded almost Laboresque in its grandiosity.

The Frydenberg budget, should it be enacted, would result in a significant stimulation of the economy. Clearly the government hopes that this implied promise of better times via stimulation of public infrastructure will appeal to an electorate that has had to contend with stagnant wages and rising costs. The Coalition has targeted the hip-pocket in the hope of resurrecting its political fortunes.

Bill Shorten’s approach, meanwhile, was based less on emphasising state economic boosterism. Instead, the opposition leader targeted low income earners with promises of more generous tax cuts than those proposed by the Coalition. He also sought to return attention to Medicare with extensive promises to enhance the public health system particularly with respect to treating cancer.

This was an interesting aspect of the budget-in-reply. The opposition leader is clearly of the view that voters prefer Labor to the coalition when it comes to health policy. Indeed, there is a view that Labor’s strong commitment to Medicare was one of the reasons why it did so well against the Malcom Turnbull-led Coalition back in 2016.

Be this as it may, there was also a sense that, in outlining an extensive array of measures designed to alleviate the cost of cancer treatment under the auspices of the public health system, Labor presented a budget based on a commitment to expanding the welfare state. Labor is probably as committed to state boosterism and infrastructure provision to an extent equal to or greater than that of the Liberal party. The emphasis in the speech on welfare provision and a commitment to expanding Medicare did contribute to the sense that the Labor approach was quite different to that of the Coalition approach and its emphasis of macro-economic stimulation.

There was another interesting side to the budget-in-reply. Labor has spent a lot of time projecting itself as a party committed to greenhouse gas emission reductions as part of its climate change policy. The budget in reply made some passing reference to climate change, but the emphasis on detailing health policy circumvented the need to be more forthcoming on environmental policy. This was a clever tactic. The budget-in-reply was targeting swinging voters in the outer suburbs and the regional cities. Labor’s obsession with climate change is more about its battle with the Greens in the inner city electorates of Melbourne and Sydney.

The difference in emphasis so obvious in the budget and the alternative budget seeks to re-enforce a sense of difference between Labor and the Coalition at a time when both sets of parties seem willing to cut taxes and encourage infrastructure provision.

The budgets thus give the beginning of the election campaign the feel of being about policy. It remains to be seen how long this nuanced approach will last. In all likelihood, it won’t last very long. Labor’s real objective will be to highlight the Liberal and National disunity particularly over its leadership. The Coalition’s objective is to exploit the fact that opinion polls show the voters do not like or trust Bill Shorten. The campaign might have started with an emphasis on policy as a consequence of the close proximity of the budget to the calling of the election. This won’t last once the election is called.

* Dr Nick Economou is a Senior Lecturer in Politics and International Relations at Monash University.