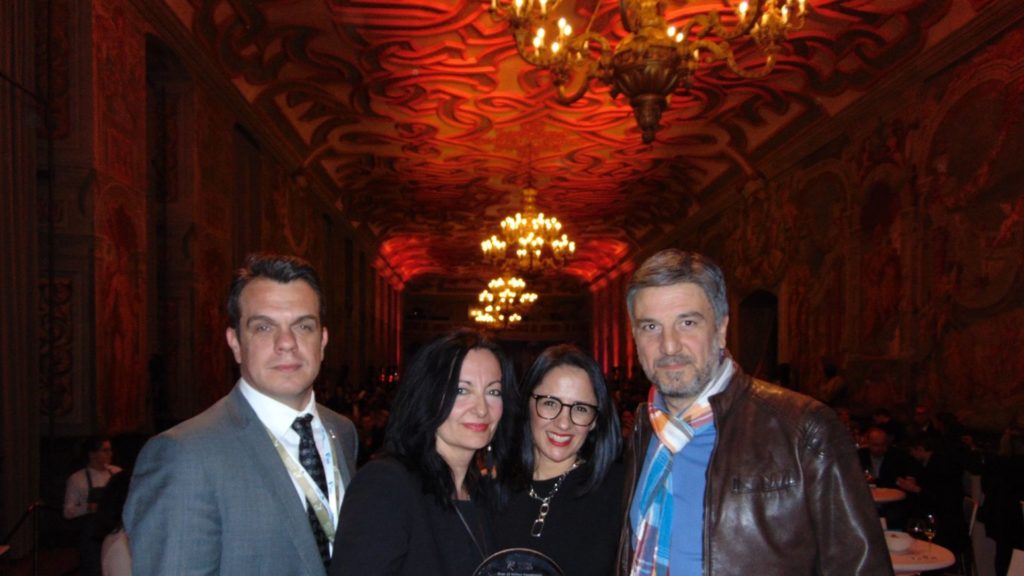 Athens Airport accepted the award for its category.

Athens Airport celebrated a victory after scooping the Routes Europe 2019 Marketing Award in Hannover. The Greek gateway beat off competing airports from Belgium, Denmark, Germany, Norway and Russia to take the winning title in the over 20 million annual passenger category.

The awards are unique because they are voted for and judged by airlines, and they recognise excellence in air service development globally. Other airports nominated in Athens’ category were Brussels Airport (which was ‘Highly Commended’), Copenhagen Airport, Munich Airport, Oslo Gardermoen Airport and Moscow Vnukovo Airport.

Compliments on Athens’ submission were received from the airline judges on the airport’s impressive 11 per cent rise in traffic in 2018 to more than 24.1 million passengers. The hub secured 62 new routes during last year and welcomed four new airlines. Volotea and Ellinair opened bases, while Ryanair started 21 sectors and Aegean Airlines commenced 15 new routes. 13 carriers also added capacity across 34 routes. Praise was also received for Athens’ incentive scheme, which comprises 13 different elements, and covers any possible type of route development from home-based airlines, LCCs or visiting carriers.

“We are thrilled to have triumphed in this highly sought-after award, primarily because our airline partners have recognised the team’s achievements in firstly attracting them to serve the airport, but then to make their services sustainable and highly successful,” said Ioanna Papadopoulou, Director, Communications & Marketing, Athens Airport. “I would also like to thank my airline development and marketing team, as their dedication, commitment and professionalism has delivered this well-deserved award. It has been a real team effort.”