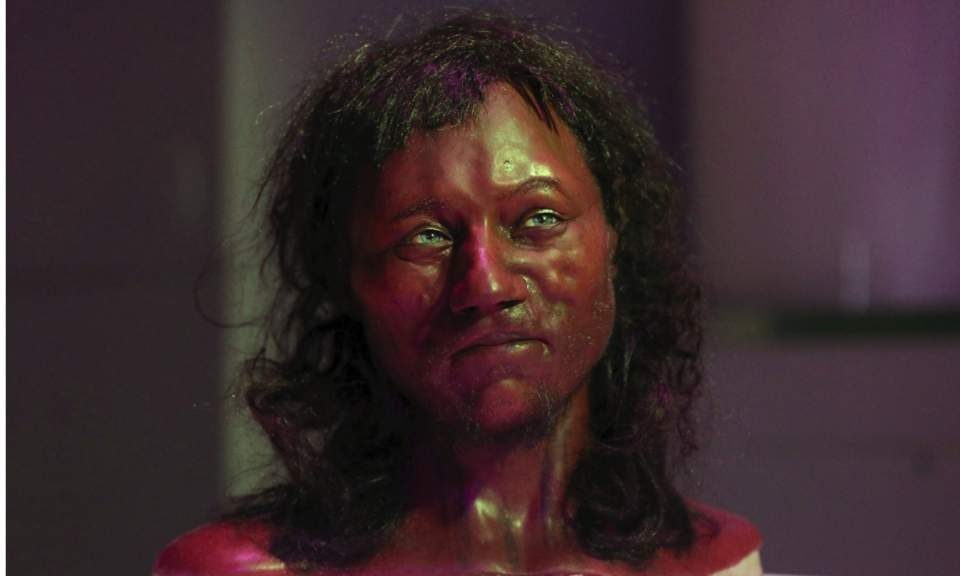 Full facial reconstruction model of a head based on the skull of Britain's oldest complete skeleton on display during a screening event of The First Brit: Secrets Of The 10,000 Year Old Man at The Natural History Museum, in London.

Aegean farmers from Greece and the area now occupied by Turkey arrived in Britain some 6,000 years ago, according to a study published on Monday in the journal Nature.

The genetic samples of ancient remains show that there was little interbreeding between the newcomers and the darker-skinned hunter-gatherer inhabitants of the British isles.

University College Evolutionary Genetics Professor Mark Thomas co-wrote the study, says that an explanation for the lack of trace of the original inhabitants may be that the hunter-gatherers were relatively few in number.

The study findings “reveal persistent genetic affinities between Mesolithic British and Western European hunter-gatherers. We find overwhelming support for agriculture being introduced to Britain by incoming continental farmers, with small, geographically structured levels of hunter-gatherer ancestry. Unlike other European Neolithic populations, we detect no resurgence of hunter-gatherer ancestry at any time during the Neolithic in Britain. Genetic affinities with Iberian Neolithic individuals indicate that British Neolithic people were mostly descended from Aegean farmers who followed the Mediterranean route of dispersal.”