Metropolitan Elpidophoros takes over as new Archbishop of America Metropolitan Elpidophoros of Bursa in Turkey was elected the new Archbishop of America on Saturday following a decision taken by the Holy and Sacred Synod of the Ecumenical Patriarchate in Istanbul.

“Today, Saturday May 11 2019, the Holy and Sacred Synod, continuing its work, proceeded to fill the vacated seat of the Archdiocese of America following the voluntary resignation of its shepherd, His Eminence Archbishop Demetrios Geron of America. Therefore, following the suggestion, permission and exhortation of His-All Holiness, the holy synodical members upon invocation of the Holy Spirit, duly casted their votes and unanimously elected as Archbishop of America His Eminence Metropolitan Elpidophoros of Bursa, Abbot of the Holy Monastery of the Holy Trinity in Halki and Professor of the Theological School of the Aristoteleian University of Thessaloniki.”

He is replacing Archbishop Demetrios of America, aged 91, who has been at the helm of the Greek Orthodox Archdiocese of America since 1999. The archbishop tendered his resignation to Greek Orthodox Patriarch Bartholomew earlier this month.

Bishop Antonios Paropoulos, the chancellor of the church who oversees the clergy in the United States, has also announced his retirement.

Elpidophoros, 52, was born in Istanbul and had served as the abbot of Monastery of Holy Trinity in Halki from August 2011. As such, he welcomed Greek Prime Minister Alexis Tsipras to the grounds of the Halki Theological Seminary that had been shut down in Turkey in 1971. 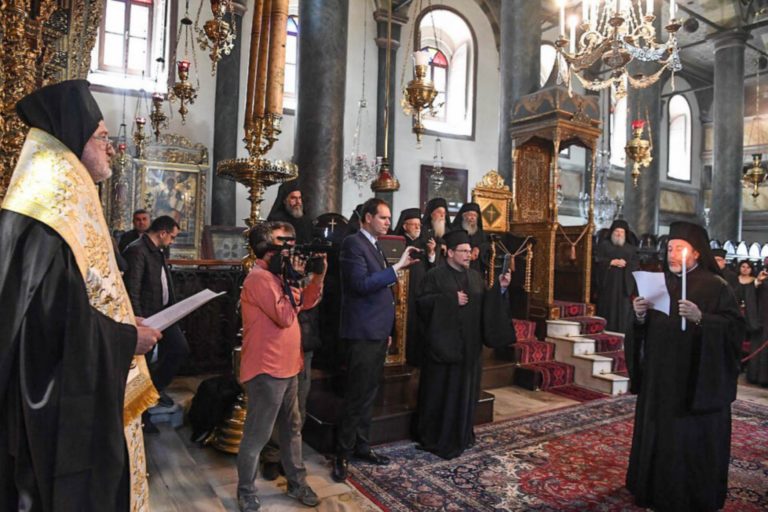 Following his education at the Urban School of Makrochori, Istanbul, he attended high school in Athens and went on to study at the School of Pastoral and Social Theology at the Aristotle University of Thessaloniki. In 1991, he studied at the School of Byzantine Literature of the University of Bonn, Germany, and completed post-graduate studies in 1993.

His doctorate thesis at Aristotle University in 2001 were on “The stand of Severus of Antioch against the Synod of Chalcedon”.

He was ordained a deacon in 1994, and received the name Elpidophoros, meaning the bringer of hope. He was appointed scribe at the Holy Synod. In 1995, he was appointed the undersecretary of the Holy and Sacred Synod and was promoted as chief secretary in 2005, when he was awarded the title of Archimandrite of the Great Church of Christ by Patriarch Bartholomew.

He has taught Symbolics, Interorthodox-InterChristian Relations and Ecumenical Movement as associate professor at the Aristotle University’s Department of Pastoral and Social Theology since 2011.

As the new Archbishop of America he will oversee 1.5 million Greek Orthodox worshippers in the United States alone. He takes over a church that has been plagued by scandals, a financial crisis and a half-built St Nicholas Church at the National Shrine at the World Trade Centre – an ambitious project that stopped in December 2017 when the Archdiocese ran out of cash and money benchmarked for the church was funneled into the cash-strapped Archdiocese. The US Attorney’s office and state Attorney General have open investigations on the issue. 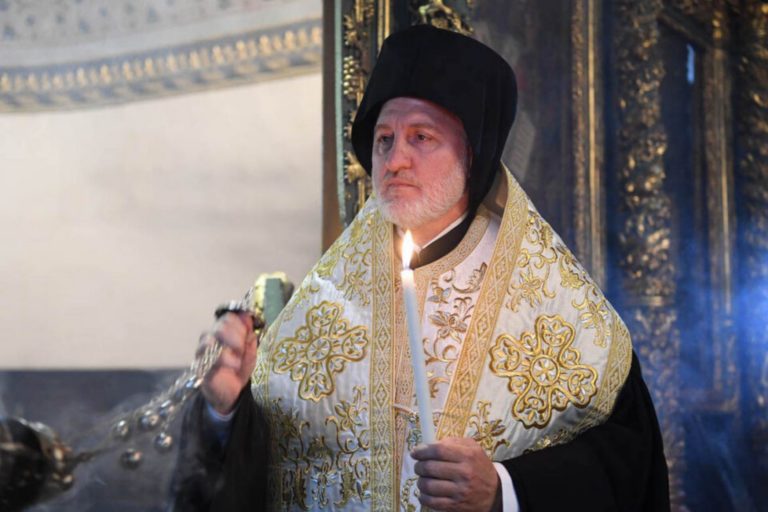