How cashless programmes to support refugees’ independence can restrict their freedoms 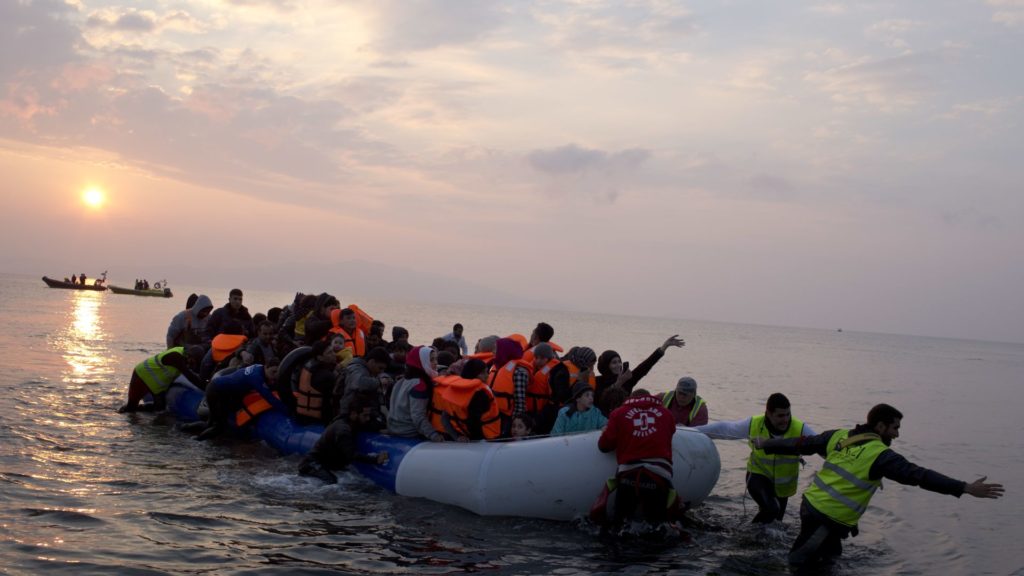 The scale of 2015’s refugee crisis and the displacement of the Syrian population in the Middle East has led to a concerted effort to provide more practical and accessible financial support to migrants and asylum seekers along their journey to new host countries.

To that end, humanitarian agencies are increasingly adopting technological solutions for managing refugees. In camps in Jordan and Lebanon particularly, the UN Refugee Agency (UNHCR) is implementing technological innovations and cash transfer mechanisms to make life easier for thousands of displaced people.

At the same time, refugee apps devised by the likes of Apple and aid organisations have been used by migrants to make their own way to Europe and find help in the form of shelters, food banks, first aid points and legal support.

Journalists, academics and NGOs have been examining the opportunities and risks associated with digital technologies and financial tools, such as cashless programmes that employ prepaid cards. While these things enable migrants to improve digital connectivity, get up-to-date information and have access to funds without banking, this same technology can be also used for tracking refugees and collecting useful data.

Critically, my research focuses on a related issue that is not addressed in the current debate – how much these digital technologies and cash assistance programmes actually enhance the ability of refugees to live more independently.

For instance, a 2017 UNHCR report states:

There is growing evidence that cash assistance represents a highly effective form of aid by providing recipients with the autonomy and dignity to meet their own needs.

But how is refugee autonomy regarded by the organisations that promote these digital technologies and “techno-humanitarian” innovations? How is it actually fostered and sustained? And is it of genuine benefit to refugees?

Greece is the first EU country in which the European Commission implemented a cashless system for asylum seekers. In 2016, in cooperation with the UNHCR, the EU launched a Refugee Cash Assistance Programme. Under this system, asylum seekers are entitled to monthly financial support of between €90 and €150 per person. The UNHCR delivers the cards to the islands across all refugee camps and accommodation centres, and they can be used to get cash from ATMs.

Cash assistance programmes grant refugees flexibility in terms of buying products and services and are designed to help people feel they have control over their lives, even if they find themselves stranded somewhere facing an uncertain future.

But restrictions apply. Only asylum seekers who accept accommodation provided by the UNHCR or the Greek authorities are entitled to this financial support. But some asylum seekers prefer to live in the solidarity of an unofficial refugee centre such as the disused City Plaza Hotel in Athens – but this means they are excluded from the cash assistance programme as it is not recognised by the authorities.

The UNHCR checks each month that asylum seekers who hold a pre-paid card do actually live in the camps or apartments they have been allocated. The monthly top-up of cards is also subjected to a series of disciplinary rules that migrants are requested to comply with on a daily basis in refugee camps (such as having their card blocked if they are deemed to “abuse” the electricity in their accommodation).

In the summer of 2018, 120 asylum seekers in Athens occupied the building where UNCHR prepaid cards are distributed for more than a month, demanding ‘cash cards for all’. Most had been suspended or excluded from the programme because they were not living in the accommodation provided by the authorities.

The protest over the cards was a catalyst for other claims – including a request to abolish the Skype system to book appointments for lodging an asylum application, which became compulsory in Greece in 2016. In this case, technology was an obstacle to getting access to rights. And in this way, migrants who want to live as independently as possible are excluded from financial help and support.

READ MORE: 2,000 refugees to be moved from Lesvos to mainland Greece

Promoting refugee autonomy is seen as a temporary situation that grants flexibility and treats them as beneficiaries, but is actually a system that is subject to restrictions, conditions and disciplinary procedures. Pre-paid cards are seen as digital tools that improve migrants’ conditions. But the reality for many asylum seekers on the Greek islands is that they have been stranded for months – some of them more than a year – due to the geographical restrictions imposed by the EU-Turkey Deal.

This deals states that migrants who land on Greek islands and claim asylum must await the response to their application and cannot transfer to mainland Greece or Turkey unless they are deemed highly vulnerable. At a refugee centre on Lesbos, an Afghani man told me: “We are all going crazy here – our mental health is as precarious as our physical health on this island.”

The prepaid cards are of course beneficial to migrants stuck on the Greek islands, but these are extremely vulnerable people whose protracted time there and lack of appropriate psychological and medical support continues to exacerbate their vulnerability – ironically, the one way they can be transferred to the mainland.

A growing debate points to the need to enhance and support refugees’ self-reliance through financial aid and technological access. But the current set-up ensures that refugees can only become autonomous by accepting the restrictions imposed on them.

This kind of temporary inclusion cannot be a substitution for rights and legal protection, nor can claims to foster autonomy be separated from the struggle to end refugees’ containment on islands such as Lesbos.

The drive for autonomy needs to dispense with the inequalities between individuals – between ‘saviours’ and ‘saved’, those free to move and those stuck in limbo – that underpin humanitarian interventions. If we want to support refugees’ independent living, we cannot separate autonomy from freedom, which supports choice, dignity, mobility and a sense of control over their own lives.