Farewell Dimitri Gogos: Obituary for a great publisher that the NK family will miss The Neos Kosmos family is saddened by the death of its founder Takis (Dimitri) Gogos on Monday, 20 May.

He passed away peacefully at midday at the age of 88, marking the end of an era for the Greek community.

Greek Australians will remember Mr Gogos as the man who created a newspaper that was established and nurtured on the dreams and challenges of immigrants who left Greece behind in pursuit of a better life in Australia.

Born on 13 February 1931 on the island of Chios, his parents were refugees from Asia Minor. He grew up in Varvasi, with the exception of a brief stint in Cyprus. A graduate of the Kapodistrian High School of Chios, he worked in journalism parallel to his studies.

In 1950 he migrated to Melbourne and worked at General Motors Holden and other factories before turning exclusively to journalism. He was the sole journalist for the ‘Australoellinas’ that circulated under difficult circumstances bearing the mind Australian laws that made it hard for a foreign progressive publication to be printed. 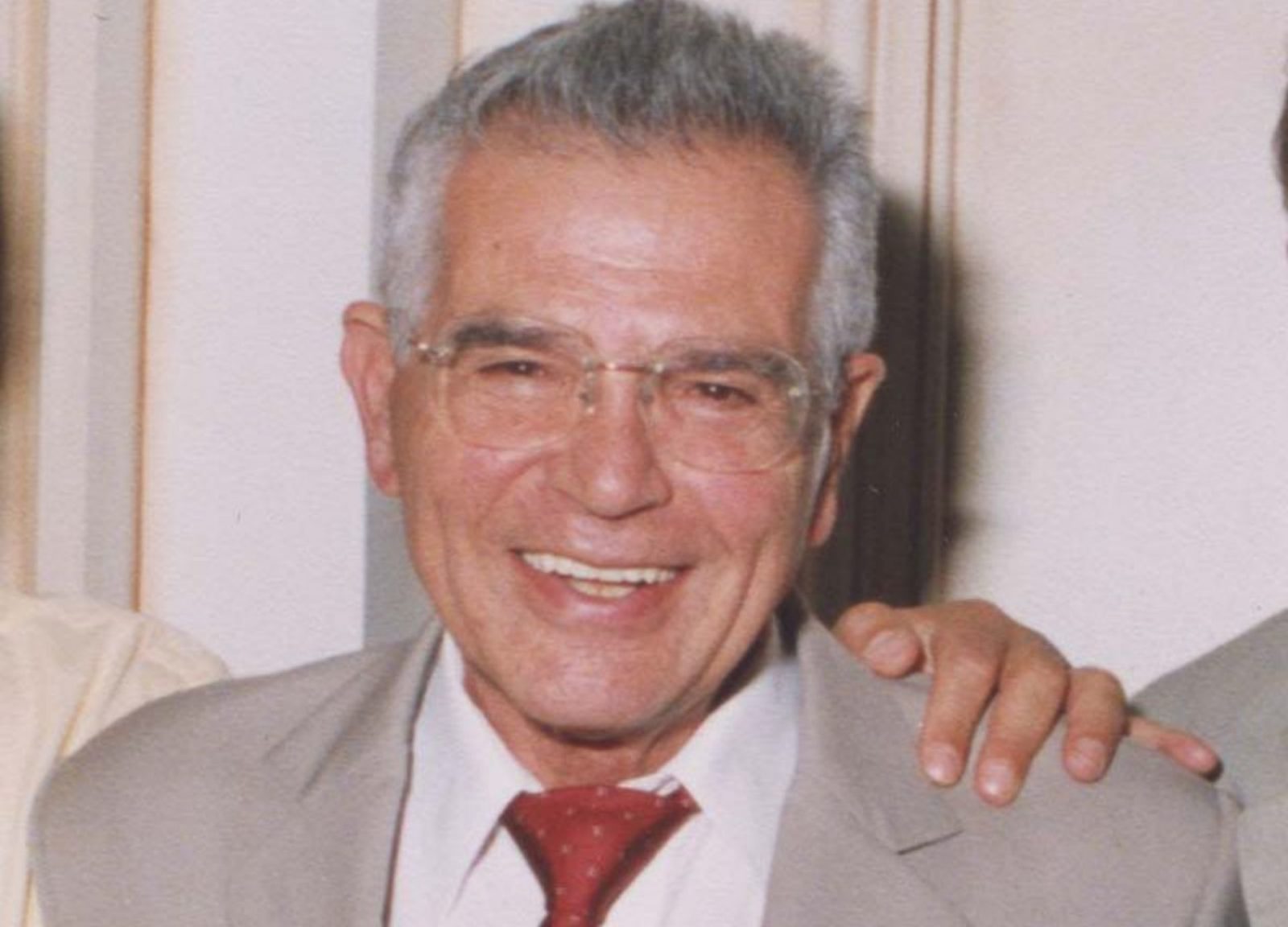 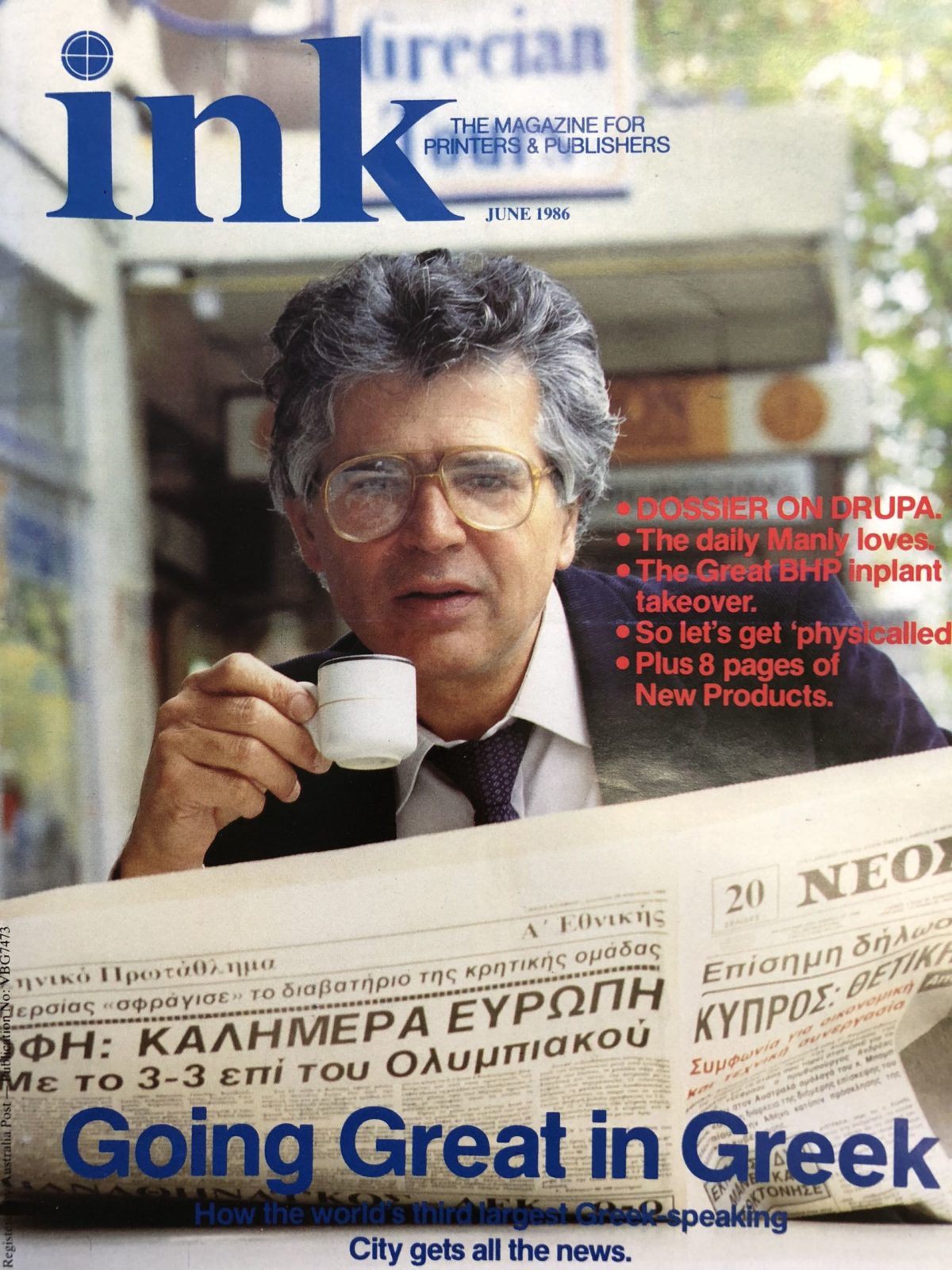 He founded Neos Kosmos newspaper on the date of his 26th birthday in 1957, alongside his long-term partners Nondas Pezaros. Christos Mourikis joined them later,

Like the community, the publication has changed with the times to serve the needs of its readers. Its survival is due to the passion of Mr Gogos who showed great sensitivity to the downtrodden and would work to organise food kitchens for unemployed Greek immigrants and take other initiatives to help better people’s lot in life. He was also at the helm of many struggles for national matters and lobbied for the Greek community.

During the Greek dictatorship, he contributed greatly to ensure visits to Australia by people like former prime minister Andreas Papandreou, composer Mikis Theodorakis and others involved in the resistance movement. He was active in ensuring the teaching of Modern Greek at the University of Melbourne and worked hard to ensure that Hellenism thrived in Australia. Dimitris Gogos with the Greek actress Jenny Karezis (cen tre) and Angela Koutropoulos during a night out in Melbourne in the 1970's. 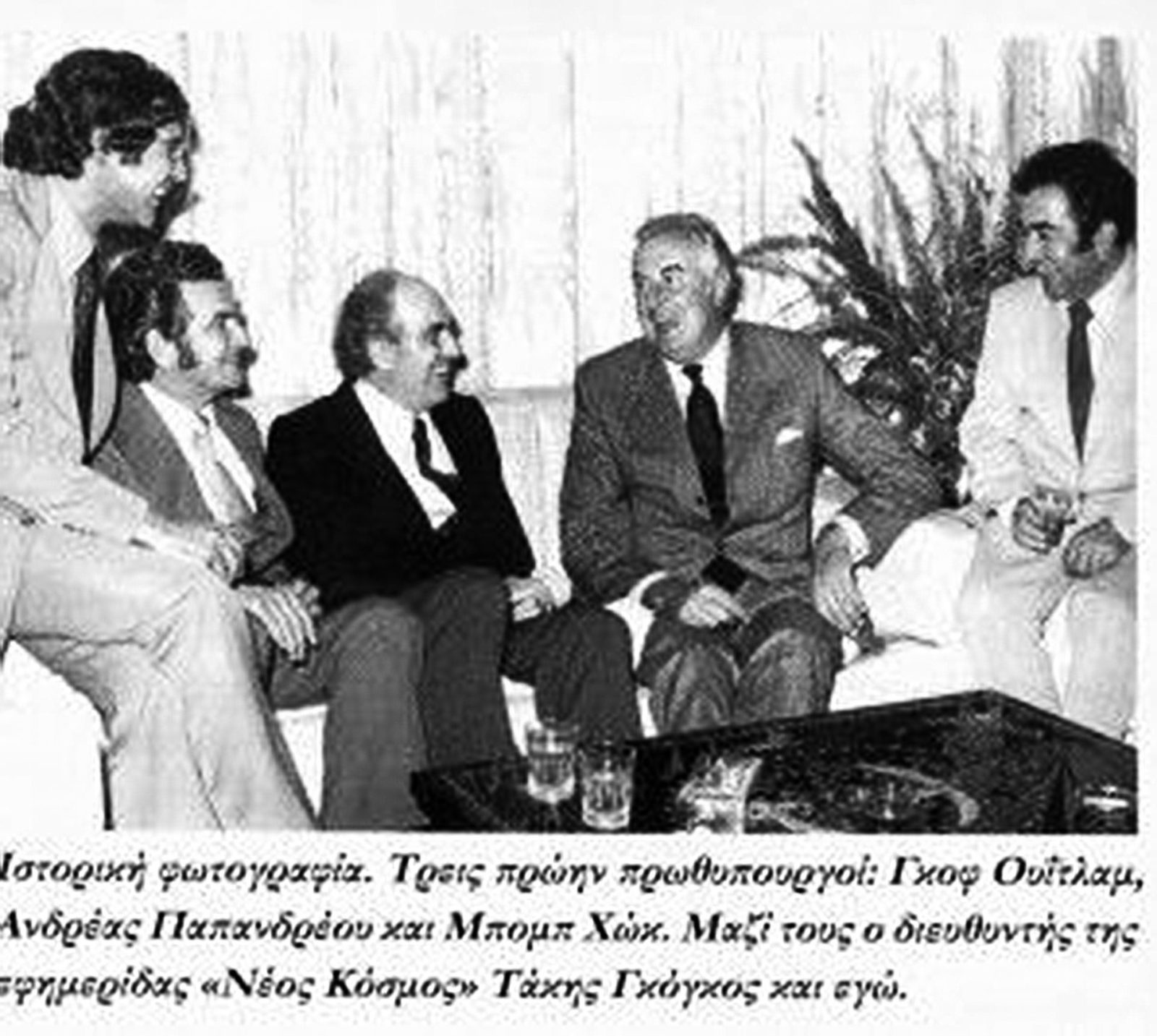 A huge proponent of multiculturalism, Mr Gogos was proactive when it came to ensuring that proposals by Neos Kosmos were adopted by the Australian government. Many of the policies of Gough Whitlam in 1972 were suggestions made by Mr Gogos, and these proposals were later continued by Liberal PM Malcolm Fraser. It is no coincidence that the first license for 3EA radio station (a precursor to SBS) was published in the name of Dimitri Gogos. His efforts to ensure social welfare for immigrants as well as input in the creation of festivals such as Greek Week, and later Antipodes have ensured that Greek culture will continue to thrive for years to come.

Throughout his life, he remained a man of conviction and his principles and humanitarian struggles never swerved. His presence has been an inspiration to us all at Neos Kosmos, and he leaves behind a legacy as far as social justice is concerned.

He leaves behind his children, George, Tania and Christopher and their families.