Professor Arthur Christopoulos, the first to have finished school in his family, is the next Dean at Monash University’s Faculty of Pharmacy and Pharmaceutical Sciences

“My migrant parents might not have been educated, but they were the ones who taught me hard work and determination,” says the Greek Australian Professor 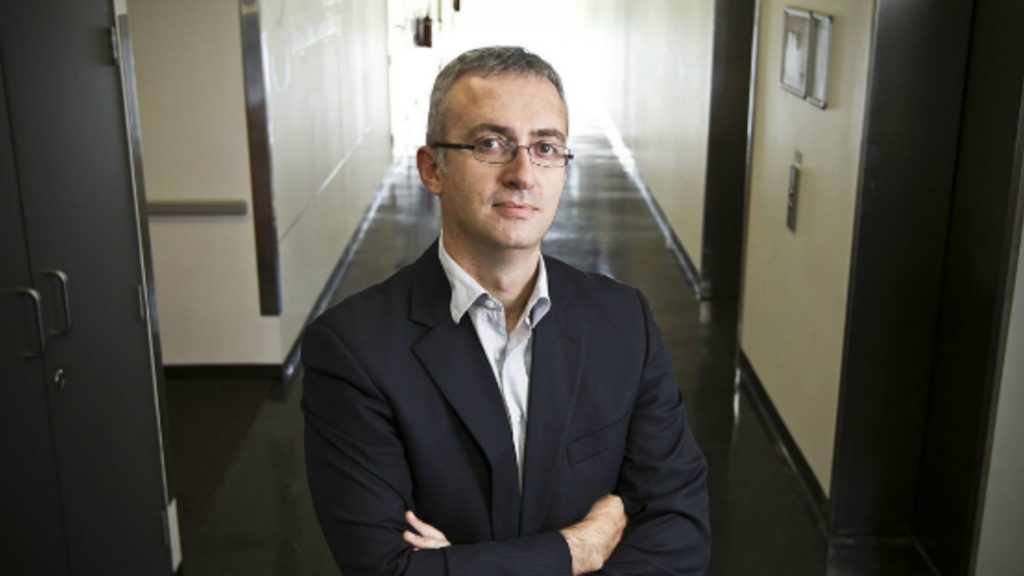 Professor Arthur Christopoulos is the next Dean of Pharmacy and Pharmaceutical Studies.

Following an extensive global search by the recruitment team of Monash University, Greek Australian Professor Arthur Christopoulos has been selected to be the university’s Dean of the Faculty of Pharmacy and Pharmaceutical Sciences in Melbourne.

“I feel honoured to be the one to lead the Faculty and I am really looking forward to what the future holds for the University and our students,” says Professor Christopoulos who graduated with a Bachelor of Pharmacy and a PhD in Pharmacology from the Victorian College of Pharmacy, prior to his postdoctoral research in the United States and his return to Australia as a Research Fellow.

“To me this role comes with a lot of responsibility. Our aim going forward is to restructure the way we do our research at the University and at the same time explore the way we manage the Faculty. I am very excited to have the opportunity to work with students and staff that I have mentored for years, and who are now ready to take the next step and contribute to the Faculty’s success.”

Professor Christopoulos, joined Monash University in 2006 as an Associate Professor and NHMRC Senior Research Fellow in the Department of Pharmacology and currently holds the positions of Professor of Analytical Pharmacology, NHMRC Senior Principal Research Fellow, and Leader of the Drug Discovery Biology Theme in the Monash Institute of Pharmaceutical Sciences, Faculty of Pharmacy and Pharmaceutical Sciences whilst he has been the recipient of multiple awards, including the John J. Abel Award from the American Society for Pharmacology and Experimental Therapeutics and the Rand Medal from the Australian Society of Clinical and Experimental Pharmacologists and Toxicologists.

The Faculty of Pharmacy and Pharmaceutical Sciences at Monash University ranks first on a global scale in the Pharmacy and Toxicology sector whilst it sits at number three following Harvard and Oxford Universities in the pharmacology department.

“We have around 2000 people and students in our Faculty and they are all a great example of what academia and a good education can bring,” says the world-renowned Professor, who despite his successes never forgets his humble beginnings.

The son of two migrants from the Messinia region, Professor Christopoulos is the first one in his family to have completed school and tertiary qualifications.

The current Dean of the Faculty, Sir John Monash Distinguished Professor Bill Charman, will remain at Monash University in a different capacity.

“Professor Charman has many achievements, together with a highly successful leadership of the Faculty; leadership that has placed the Faculty in a pre-eminent position in the world in pharmacy. I consider myself blessed to have had the opportunity to have him as a mentor throughout the years,” Professor Christopoulos says.

“Professor Arthur Christopoulos is a brilliant researcher who demonstrates collegiality, creativity and enterprise and will be a wonderful addition to the University’s senior management team. He is a passionate advocate for scholarship in education, research and professional practice. The experience and vision he will bring to the position of Dean will undoubtedly further advance the research and education excellence of the Faculty,” reads the university’s official announcement.