Turkish occupied Varosha may ‘reopen’ for settlement after inventory is taken

Daily Sabah reports that the Turkish military area of Varosha, which was once a tourism hotspot, may be resettled 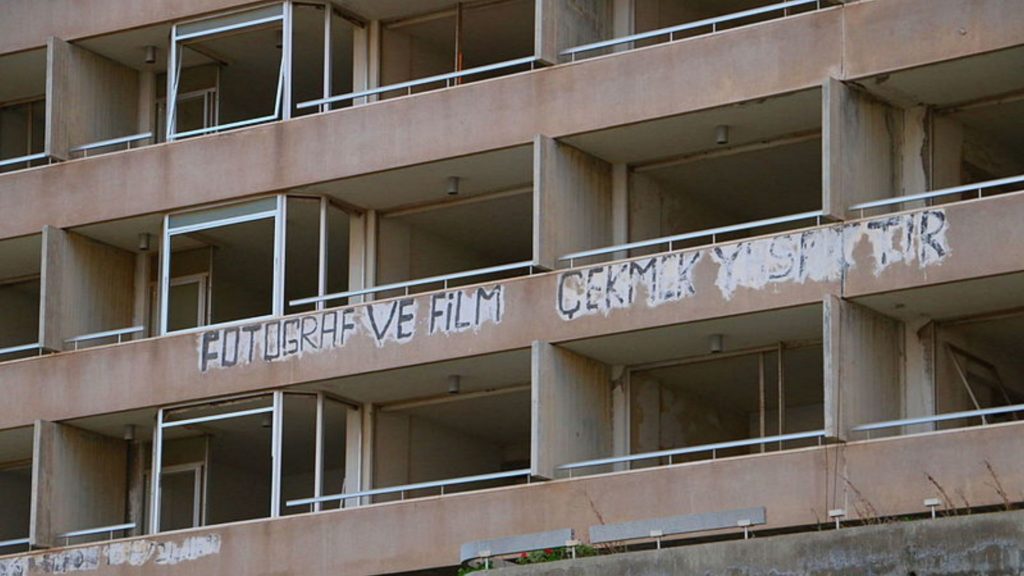 Hotel ruins at Varosha, once a tourism hotspot.

The Cypriot city of Varosha, at the southern quarter of Famagusta, will be opened for resettlement in the Turkish-occupied part of the island, according to Turkish Daily Sabah.

The newspaper reports that a Council of Ministers will evaluate the conditions for the city’s resettlement as it is currently a military zone, where entry to the public is forbidden. Once an important tourism centre, Varosha has been abandoned since 1974 and remains under Turkish occupation.

Turkish Cypriot official Kudret Özersay told Daily Sabah that the Turkish occupied leadership will coordinate actions with Ankara. He said that a team of experts would visit Varosha to register assets and property in the area in order to examine the conditions of re-opening the area.

“Steps will be taken for an expert team to begin a scientific study,” he said. “The team will look into the land registry records in Varosha, the condition of movable and immovable properties. The results of the study will shape our policy.” he said.

“As a result of the study we will decide on the next steps without prejudice to the former residents of Varosha.”

Contracts will also be signed with the current residents of the Maronite village of Karpasia so that they could relocate in order for 10-15 homes to be returned to Maronites.