On Monday night Giannis Antetokounmpo made headlines all around the world for wining Most Valuable Player of the Year for 2018-19, at the NBA Awards held in Santa Monica, California, but the 24-year-old gave Greeks around the globe another reason to be proud when he posed in front of the camera holding his outstanding award in one hand and his ‘Greek’ blazer open with the other, that revealed images of the Parthenon on the inside.

But this is not the only Greek blazer that Giannis owns.

According to Giorgos Papadogamvros, the Greek fashion designer that custom makes Antetokounmpo’s unique blazers this is not an one-off project. When the young Milwaukee Bucks player travels to Greece, he visits Giorgos and orders suits requesting for all of his blazers to feature images of Ancient Greek monuments on the inside lining, paying tribute to the country that he has so much love and respect for.

The designer posted a photo of the NBA legend wearing his jacket on his social media page with the caption, “Bravo Giannara mou for honoring our country and go above and beyond to do so…you are so worthy and by far the best kid! I also want to thank your brothers who all wore my suits!”

The leading player and NBA MVP has also confirmed that he will be playing for Greece at this year’s basketball World Cup in China. 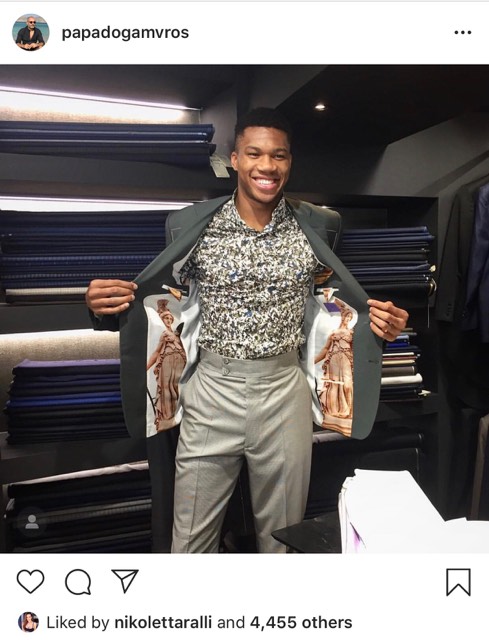 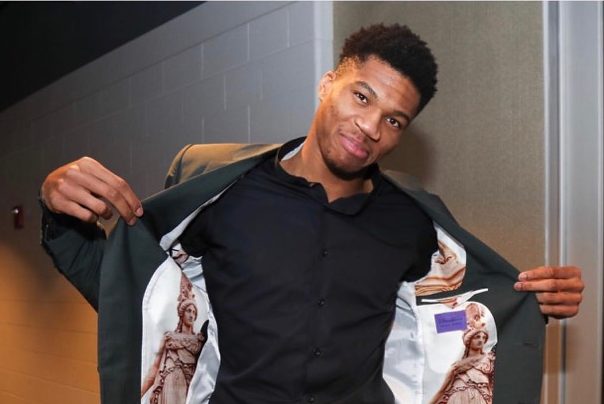