‘Unidentified object’ over Cyprus turns out to be a stray missile 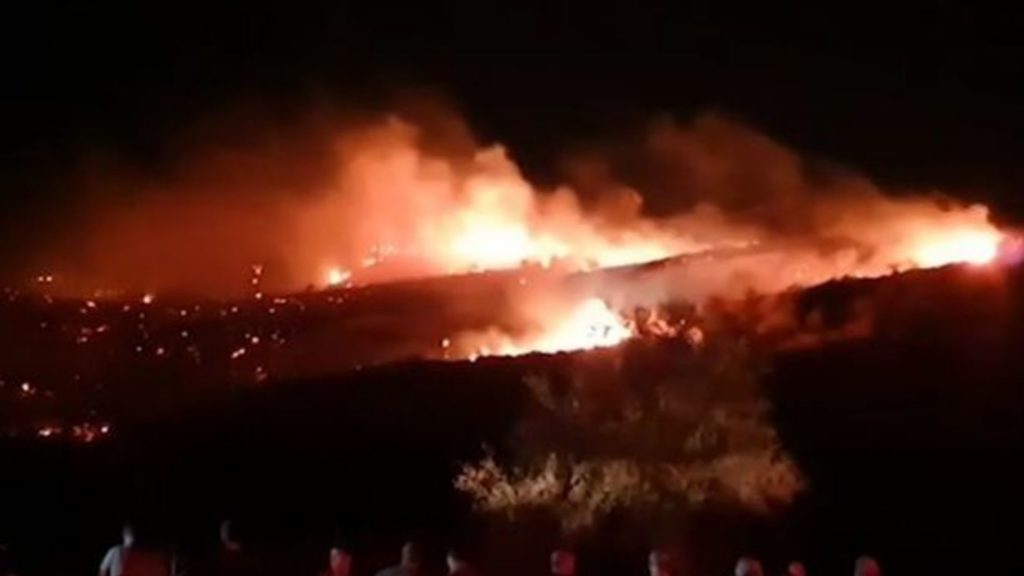 A stray Russian-made missile has exploded mid-air over villages in northern Cyprus at 1am Sunday. Officials believe that the incident is linked to military operations in Syria where Syrian forces are thought to have retaliated to an Israeli attack.

Russian state news agency RIA Novosti at first referred to the missile as an “unidentified object,” before acknowledging it was a missile.

A high-ranking official from the occupied northern side of the island told CNN that the object crashed on a mountainside near the village of Tashkent, located less than 24km north of Nicosia.

No one was hurt but debris was still being discovered in Turkish-occupied Cypriot villages hours after the missile struck the area.

Turkish Cypriot representative Kudret Ozersay wrote on Facebook on Monday that the first assessment of the missile shows that it “was part of the air defence system that was activated last night in the face of an airstrike against Syria, missed the target and colmpleted its range and fell into our country.”

On Monday, the Syrian Defence Ministry wrote on Twitter that Syrian air defences had intercepted “hostile missiles” launched by Israeli warplanes targetting military positions in Homs and the Damascus outskirts. Israel has not released an official comment, but it is known that hte country had attacked military positions in Syria on several occasions over recent months.

Regarding the crash site in North #Cyprus
One of the objects I could ID is the remain of an S-200 missile launched from #Syria on the Israeli jets. pic.twitter.com/YR99G75sQ8