Hellas support decision to remove NCIP but will remain as is

Club president Nick Maikousis points out that this was a significant step forward for the football community, yet they will remain mostly unaffected by it 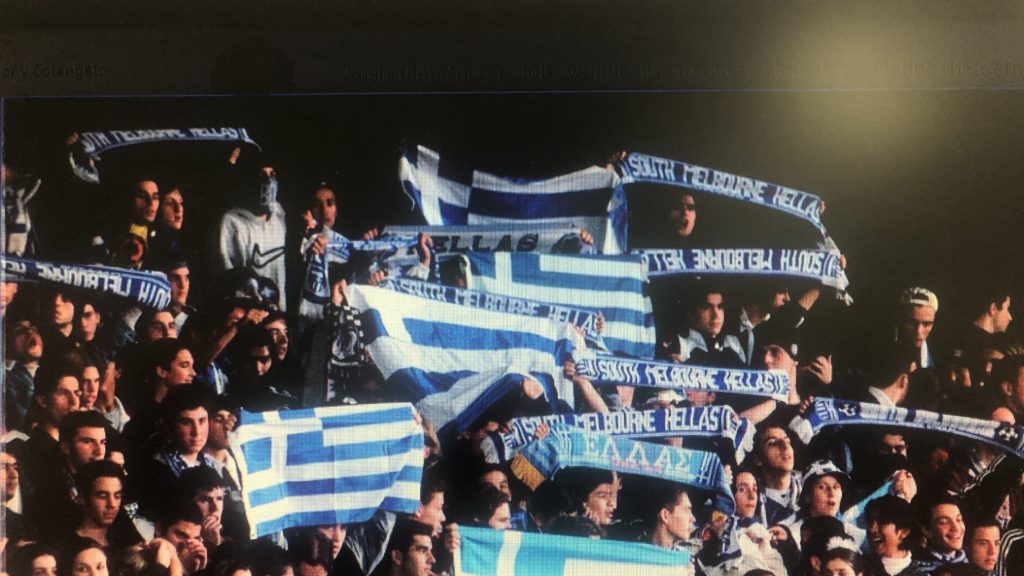 Fans back in the day were permitted the use of national flags to show their support for their favourite club. Now, with the withdrawal of the NCIP, such a thing will be allowed once again.

Football in Australia is currently going through a period of transition.

Stakeholders are working towards making the product more attractive for fans in the hope that the clubs would enjoy newfound prosperity and a necessary financial sigh of relief. An important step in this direction was made on Tuesday with the announcement of the retraction of the National Club Identity Policy that forced many teams to go as far as to change their own names and made the stands look like ghost towns.

“We support the views of the broader football community and think that most people were on the same page with this particular issue. Although, it doesn’t really make that much of a difference from our perspective, in terms of how we run our business, but you can see the merits in the arguments.”

In regards to the guidelines given to the teams along with the removal of the NCIP, as to how they should operate from here on, Μr Maikousis stressed that is all done in an attempt to ensure there are no issues of violence or social discrimination.

“The key is that the guidelines are trying to ensure there’s no offence and no insult to other communities,” he said.

“As I said to you, from a club perspective, it’s not a really important issue for us as everyone understands our heritage, they certainly understand the relationship between South Melbourne and the Greek Community, but the reality is also that this hasn’t been a pressing issue for us over the past few years in terms of names and flags and all the other issues that appear to be relevant right now.”

Maikousis goes on to confirm that there will be no changes to the identity of the club.

“I don’t envisage any change whatsoever. We’ve been South Melbourne FC now for almost three decades. I can promise you that we’re not going to be anything else.”

DRIFTING AWAY FROM THE A-LEAGUE, FOCUSING ON ‘THE CHAMPIONSHIP’

Apart from the withdrawal of the NCIP, there have been many other significant changes within the field of football in Australia, such as the creation of a new Second Division or the announcement of an A-League tournament that will be held independently from the FFA.
How does South Melbourne view all this?

“There’s still a lot of work to be done. It was only recently that the old NSL was recognised, that the old national competition existed before the A-League. But we are making progress and bringing the game together is very important,” Maikousis said.

Commenting on the way the A-League clubs have been operating recently, the head of the club provides us with a surprise response in regards to the (so-called) Second Division. “We certainly know that’s what the A-League owners were chasing for some time now (independence from FFA),” he said. “That probably gives us more opportunities in terms of the creation of a new national league and our focus is on the creation of a new National Championship, since it was clubs like South Melbourne that built this game over the years, clubs that are owned by their membership.

“For a club like our own, with its facilities, its heritage and its history, all these factors that we know, that’s why a national league is imperative for us. And I’ll be honest with you, I’m not even calling it the Second Division, it can be called ‘The Championship’ and that’s all there is to it.”

A number of costs come attached to the national league, such as travelling expenses, professional contacts and player equipment amongst others. Maikousis appears confident that the club will be in a position to cover these. “Yes, we are. And even if we’re not, we have to lift our game to make sure that we fulfil our responsibilities in that area,” he said.

“You need to remember what everyone keeps talking about and the basis for the establishment of The Championship is aspirational clubs and aspirational football. We’re very much ready for and making sure that we get up to facilitate our anticipation in that area, no question about that at all. Although everyone needs to be a bit careful about the terms on which the new national league is created, in terms of expenses and all that.”

We still may not know what Australian football will look like once all is said and done, but at least fans have now earned the right to celebrate and cheer for their team however they see fit.