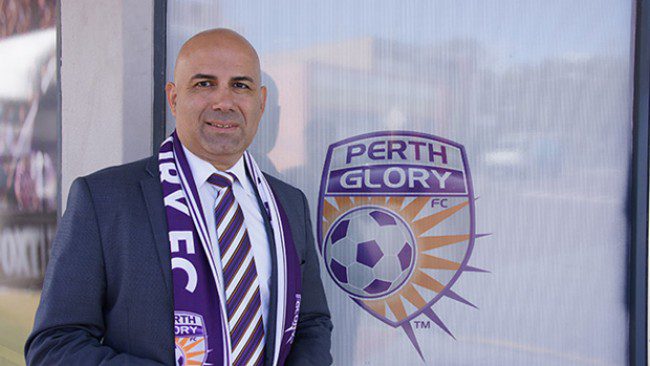 The FFA has lifted restrictions on football clubs expressing their identity by abolishing its much maligned National Club Indentity Policy (NCIP), replacing it instead with a set of guiding principles known as the Inclusivity Principles for Club Identity (IPCI).

In contrast to the enforceable, strict regulations of the NCIP, which restricted how clubs could express their heritage, the IPCI are non-enforcable guidelines which allow clubs to recognise and celebrate their cultural heritage whilst still welcoming people from other backgrounds.

One club in NSW, Charlestown City Blues, which has been front and centre of the push to abolish the NCIP, has already indicated it will change its name and logo next season to Charlestown Azzuri, to express its Italian heritage.

How other clubs and fans of clubs react to the lifting of the FFA’s restrictions, remains to be seen.

Football Victoria CEO Peter Filopoulos, is supportive of the abolishment of the NCIP. Speaking to Neos Kosmos days after the announcement, he said, “Of all sports in Australia, we’re probably the most multicultural and we should embrace our diversity. That’s been our position at Football Victoria. And we believe this will enable clubs to celebrate their rich history and engage their people and communities as they please.”

Filopoulos expects some Victorian clubs may follow Charlestown Azzuri’s decision and choose to go back to their mono-ethnic names, but he also speculates many may not.

READ MORE: Hellas support decision to remove NCIP but will remain as is

“If I can use an example, I think clubs that have embraced their multi-culturalism beyond their mono-ethnic roots, it might be counter-productive to go back to their mono-ethnic identity. For me, I think the opportunity is, that now, clubs are able to celebrate their rich history and multiculturalism and diversity, without fear. They can embrace it. Whether that extends to mono-ethnic names, and logos being changed, I’m sure there will be some that choose to do that. But I would also encourage clubs reaching a wider audience, beyond their mono-ethnic community because that’s the only way we’re going to grow.”

Filopoulos points to the growth of the sport from the marginalised “wog ball”, into the mainstream to the extent that it has become the number one participation sport in the country, extending “beyond our own communities”.

“Our own clubs here, for instance, Heidelberg United, South Melbourne, Oakleigh Cannons, Bentleigh Greens – I’m a member of Bentleigh Greens with my son playing there – it’s a very, very diverse group of participants. So I wouldn’t have thought a Bentleigh Greens would need to change their name back to their original name. I wouldn’t have thought South Melbourne need to do it either. I can’t see Oakleigh doing it either, but if they wanted to, they could. That’s the whole idea behind abolishing the NCIP and transforming it more into guidelines rather than restrictions. It will enable clubs to celebrate their rich history without necessarily changing names back to ethnic roots. But those who want to, will be able to.”

When asked in what other ways, the new guidelines, will allow clubs and their fans to celebrate their heritage, for example on matchday, Filopoulos said, “There’s a number of ways of doing it. For instance, if fans of a particular club felt they wanted to celebrate their culture by bringing flags into a stadium, they’re able to do so. No one’s going to stop them… I’ll be interested to see how a lot of clubs approach this. It’s a bit like a child. When you tell a child he can’t do something, he wants to. When you tell him they can do it, it’s not such a mystery anymore. It’ll be interesting to see (with the lifting of the restrictive NCIP), whether that contention is gone and the mystery is now gone.”

One of the newly announced IPCI guidelines, is a directive to clubs to take reasonable steps to discourage the sorts of rivalry with another club based on cultural, political and religious affiliations.

Filopoulos says Football Victoria adopts a pro-active approach, by identifying high risk matches that could bring some tension in that manner.

“We don’t have it as much these days. In my time (as FV CEO) there have only been a handful of high risk matches. We’ve really worked hard with clubs and they have co-operated in a real collegial manner. We understand sometimes, there’s political motivation by some groups that want to bring it into a soccer field which could cause issues. Our view would be that these matters don’t belong on a soccer field in Australia.”

“If that means, for those particular (high risk) matches, we ask fans not to bring national flags or political banners which might cause issues, we will work with those clubs to make sure it’s a family friendly environment and minimise the risks that could be associated with that fixture.”

Filopoulos expressed confidence that in most cases, clubs would manage to find the right balance between expressing their heritage and creating a welcoming environment.