Makis Tsitas’ prize-winning ‘God Is My Witness’ in English 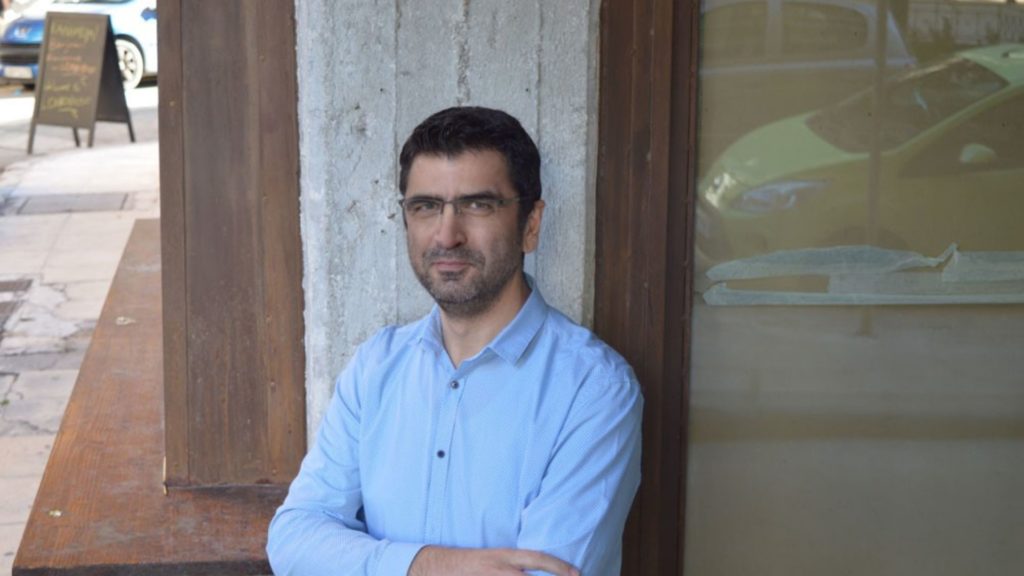 Makis Tsitas, author of 'God Is My Witness'

The English translation of Makis Tsitas’ prize winning novel ‘God Is My Witness’ (originally published in Greek by Kichli Publishing, Athens 2013, which won the European Union Prize for literature in 2014 and was translated by Joshua Barley and published by Aiωra Press, in the series Modern Greek Classics, Athens 2019) is about an ordinary man with the Byzantine name Chrysovalantis. He is a resident of an unnamed western suburb of Athens and lives in the artificial opulence of the pre-Olympics period of “Athens 2004”. He is a 50-year-old former lithographer and his role is twofold: that of the hero-narrator, and that of the anti-hero (with numerous personas and disguises). He is a much afflicted bachelor, with an inferiority complex; a real failure in life. Volatile and mentally problematic, he cannot take life into his own hands (by finding a job, having a steady relationship etc). Instead he prefers to depend on others (family, employers, lovers) to give himself up to circumstance and inexpensive daydreaming. He blames everybody else for his misfortune except himself.

In his hopeless effort to stand on his own two feet in order to confront a hostile reality and survive under extremely adverse situations, Chrysovalantis, without any other equipment, resorts to a confessional and endless delirium, consisting of uncontrollable fantasies, delusions and humour. This practice of adopting the role of a clown trying to walk like an acrobat a tight rope of an imaginative and also tangible reality, firstly facilitates him in escaping from his dire situation and, secondly, it allows him to express his fantasies, plans, and wishful thinking in a tragicomical way. However, all his expectations prove to be nothing other than chimeras. Thus, the hero, through his gushing narration and verbal euphoria constructs a parallel virtual universe in which to surrender himself, in order to get away from the angst and burden of existence.
The originality of this novel lies in the fact that while we have a predominantly dramatic and painful story, the narrative is framed by a hilarious, playful and humorous tone where the elements of parody and smiles mixed with tears are strong. The hero is a familiar character, as if he is the guy next door. Because at a deeper level he reflects the psyche of many modern Greeks, as he debunks the “truths” that have moulded them as individuals, and also those (“truths”) which have made up contemporary “Greek reality”. Moving between fine irony and grotesque humour, Chrysovalantis criticises Greece’s decline (economic, moral, cultural) when he himself is a living embodiment of the pathologies which led to all this mess. 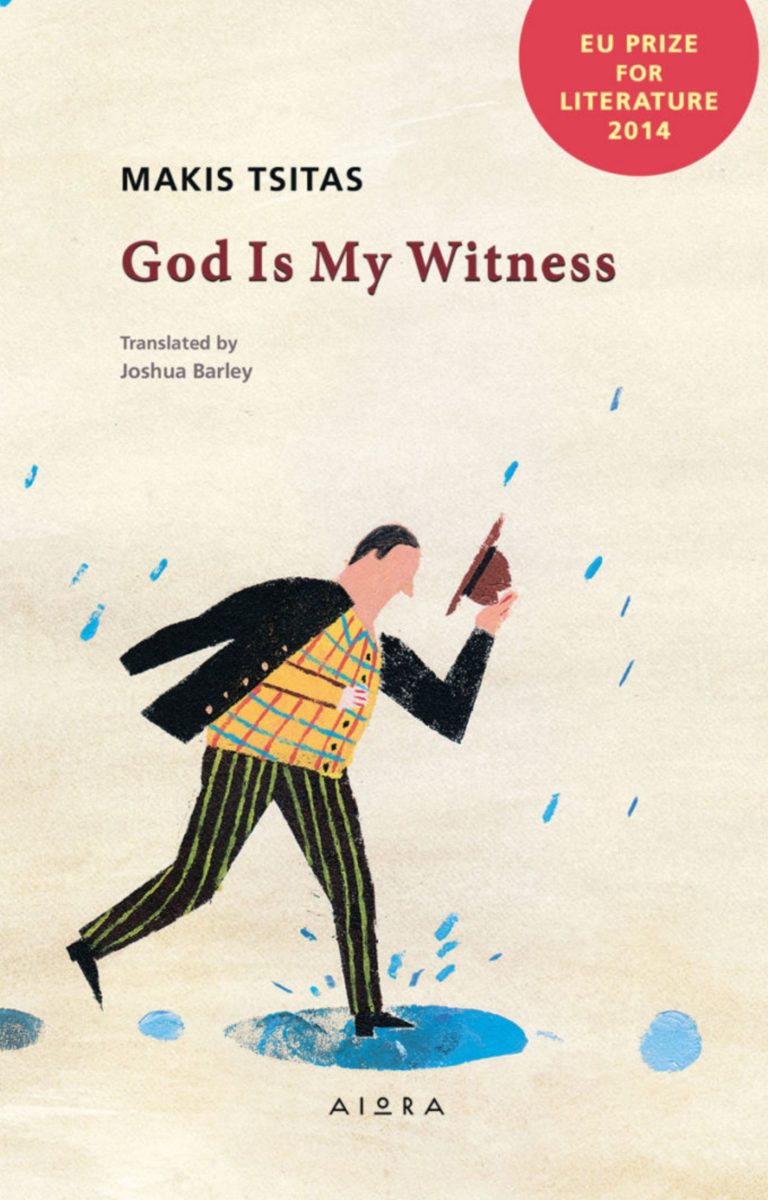 This is not exactly a “novel” – in the strict sense of the word, as is designated on the front cover of the book. (The hero-narrator characterises it as “Recollections”). Rather, it is more of a “diary” (even though there are no dates in it) as it encapsulates thymic and melodramatic exultations of the hero. First of all there is no conventional plot. Only a latent internal plot, consisting of monologic fragments of episodes. However, the monophonic narration does not become a polyphonic one but one of two voices. Also, instead of having normal chapters, the unified body of the text is separated by longer or shorter unities – the shorter being only two words! In spite of all this there is cohesion; even when there is a sense of the opposite, due to the light, loose and disorganised structure of the text.

Tsitas handles modern Greek ethnography of the city in a renewed manner through the clever use of language. An extremely elaborate, inventive, contemporary language which renders ideally the fine shades of the hero’s disturbed state of mind, as well as his interpretations and judgements of himself and others. This carefully chosen and worked out language, in conjunction with a modern but not overly sophisticated way of writing, manage to recreate the immediacy of the vernacular. By interweaving older and current events in the story, the writer achieves a coherence in the text and a smooth flow in narration. Because the multilayered narration may seem static but it is not so. On the contrary, it is renewed constantly either by exposing new facts or by recycling itself (with the narrator’s retractions, retrogressions, omissions, repetitions and overturns – in order to remind us of the causes of his misfortune). Finally, the natural flow and euphony of language (in all its tones and shades gives the text a sense of rhythm), to a degree, substitutes the absence of action and clarity of meaning – not just in relation to the hero’s life but regarding modern life too in general. Proof of this is the fact that when the hero comes to realize his hopeless situation and absolute impasse, his monologue becomes more and more delirious, escalating gradually to the point of insanity (with the psychotic episode at the metropolitan cathedral of Athens). This is the final exit, resolution and closure, as his initial dreams are transformed into nightmares.

This is an admirable fictional work. However, I find its length unnecessarily excessive for its genre (with the narrator’s countless repetitions, cyclical narrations etc) which makes the overall text bloated and occasionally tedious. The novel would benefit greatly if it were condensed.
Joshua Barley, although a novice in the field of translation (Tsitas’ novel is the second one he has translated from Greek into English), did not hesitate to grapple with a very demanding and occasionally unmanageable text. This alone is commendable given the insurmountable difficulties he had to face. That is Neologisms (e.g.: “αυτοπάθος, προσαγαπώ, εξαπόδειος, εξαποδωβιωματίας, ξελαρδιάζω, θέλγος, ψυχοκαταφυγή, κοιτολογώ, υπολαμπή, λαγνάρω,/λαγνίζω, υποχόμπιον” etc.). Also unusually peculiar and strange words (such as: “τσογλανοπουτανιζέ, πορνοπρόστυχη, σεξοφαντασία, ψυχοκαταφυγή, ετεροσκοπιμότητα” etc.) and nicknames of people in his circle (e.g.: Εξαποδώ, Πατσαβουρόπιτα, Θου Κύριε» etc.), as well as a combination of idioms and a mixture of vernacular puristic (katharevousa) and ecclesiastical language. In other words a text which, in parts, is almost untranslatable.

Therefore, given the aforementioned difficulties of the source text, it is not surprising that Barley’s translation is, in parts, uneven. That is, on the one hand we have Greek idiomatic words and expressions which are brilliantly rendered into English; and the same can be said of the ingenious manner he has used in order to render into English some untranslatable terms such as the aforementioned. On the other hand we observe the following: (i) A tendency of the translator to retain the vocabulary and syntactical structures of the Greek which, in some places, is quite literal and, as a result, this (literal rendering) makes it hard for the reader to catch the sense of the source text. (ii) There is also a tendency to render the narrator’s long-winded speech with short sentences; something which, at times, undermines and does not reflect the delirious flow of his mental state and gushing speech. (iii) There are quite a few mistranslations of which I will mention only a few: The age of Chrysovalantis’ father is “eighty six”, according to the Greek text, but in Barley’s translation it has been rendered as “eighty three”. There is repeated confusion and mistranslation of the words “regret” and “repent”. The sentence “Δε νομίζω να πίστευε ότι στις μεγάλες του ανάγκες θα του φερόμουν τόσο καλά» (page 41) became: “I don’t think that in his hour of need I have served him well”.

Yet, we can claim that, generally speaking, Barley has managed to tame Tsitas’ novel and give us a reasonably satisfactory flavour of the original Greek text. Which means that the English-speaking readers can at last have access to and enjoy an acclaimed modern Greek novel – even though in some parts it may not read idiomatically enough because the patterns and rhythms of English are not so natural in the target text. Therefore if there are any future reprints of this book, a revised edition would be strongly recommended.
(Note: God Is My Witness has been translated into many European languages)