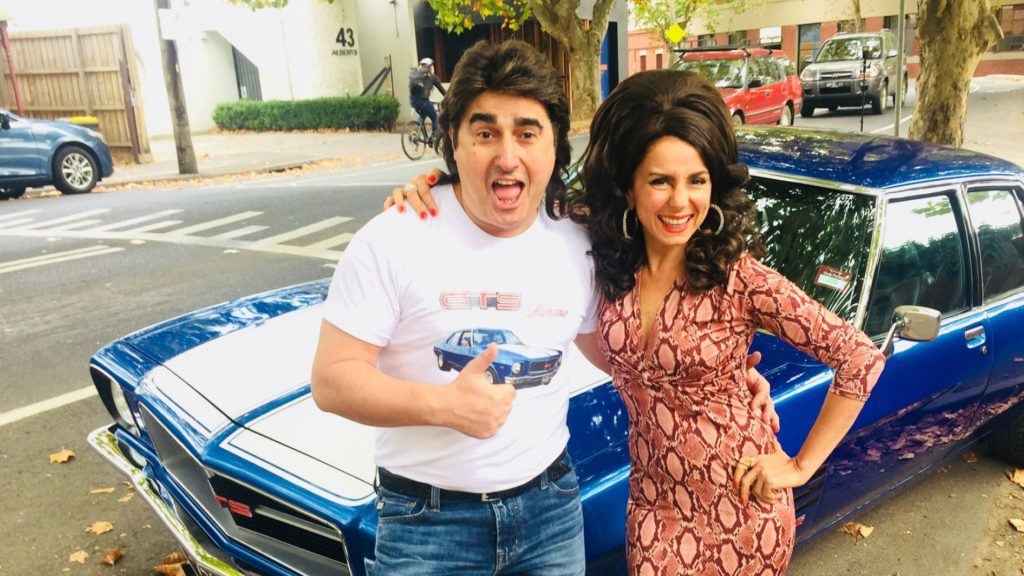 Nick Giannopoulos and Mary Coustas, stars of Wogs out of Work.

Its 2016 ‘Seeing Ourselves’ study showed that six per cent of characters on our screens were identified as from European backgrounds despite making up 12 per cent of the population.

The body revealed that attempts have been made to increase European representation on Australian TV following the study that looked at diversity on the nation’s screens. The study “sought to empower the industry with data that could instigate change,” wrote a Screen Australia spokesperson to Neos Kosmos.

“The industry came together to form the Screen Diversity and Inclusion Network and signed onto a Charter to improve representation behind and in front of the camera.

“Screen Australia has created initiatives that include Developing the Developer, an intensive workshop aimed at increasing the pool of experts in the field of story development with a focus on increasing the diversity of screen stories being told. Another initiative Screen Australia spearheaded is an AFTRS Talent Camp for emerging creatives from diverse backgrounds to get their ideas production ready and we hope that it will lead to seeing more diverse and distinctive stories on our screens.

“Most significantly, Screen Australia changed its entire development funding process in July 2018 to make it easier for emerging creators to obtain funding and to increase online and television development. Already we’re seeing new creators being funded for the first time through the Generate development fund, and we’re confident that will only increase as people become more aware of the opportunities available.”

In 2017 Greek Cypriot Australian Elena Carapetis was one of the recipients of the seeing ourselves developing the developer workshop. While she was unable to take up an industry placement due to commitments with State Theatre South Australia, she’s set to star in upcoming SBS drama ‘The Hunting’ which was also co-directed by Greek Australian Ana Kokkinos.