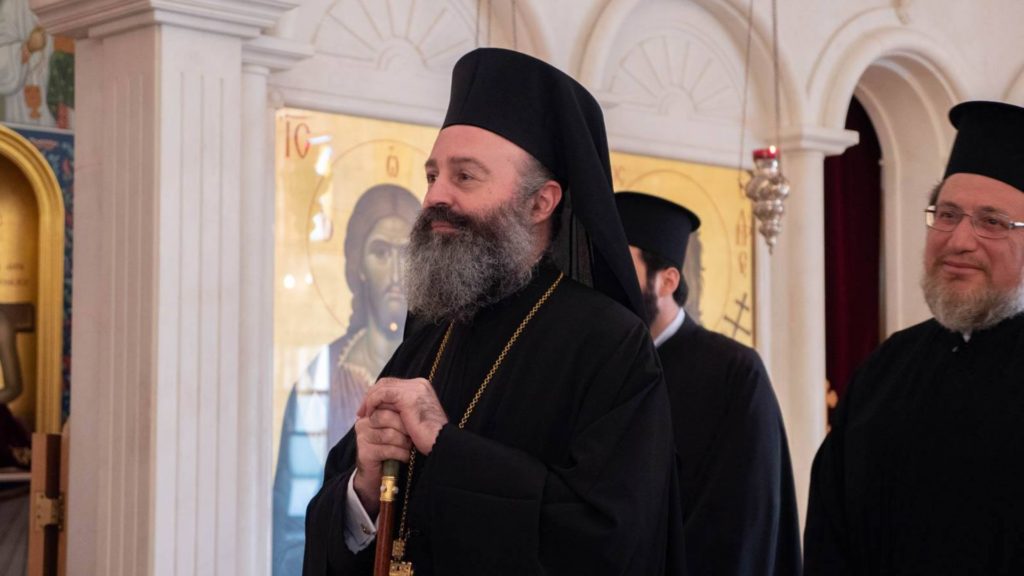 Australia’s recently-appointed Greek Orthodox Archbishop Makarios is getting ready to head to Melbourne this week.

“It is the first time Archbishop Makarios will be visiting Melbourne, which is certainly the Australian city most densely populated by Greeks. Our dearly departed Archbishop Stylianos always characterised Melbourne as having a Greek manner, and now our new Archbishop is coming to see our Greek Melbourne; to see the Greek community, to see our lives, to see our works, to see the way we continue to live as Greek Orthodox Christians with deep faith and pronounced love for our homeland,” Bishop Ezekiel said.

“He will visit a number of parishes, where he will perform ecclesiastical and divine liturgies. His wish is to see as many things as he can in all areas, and so he will meet with a lot of people, visiting a number of institutions and communities of the diaspora,” he added.

For those wishing to greet Archbishop Makarios upon his arrival at the airport, Bishop Ezekiel said they are welcome to do so, but must be mindful.

“The airport advised us that not a lot of people should be there for safety reasons, so we will take care as much as we can to follow the request of airport authorities,” he said.

“My message is for the faithful to come to the official reception at St Eustathios. But of course we are not stopping anyone who wants to come to the airport from coming, but they must be aware that there are restrictions that we must comply with.”