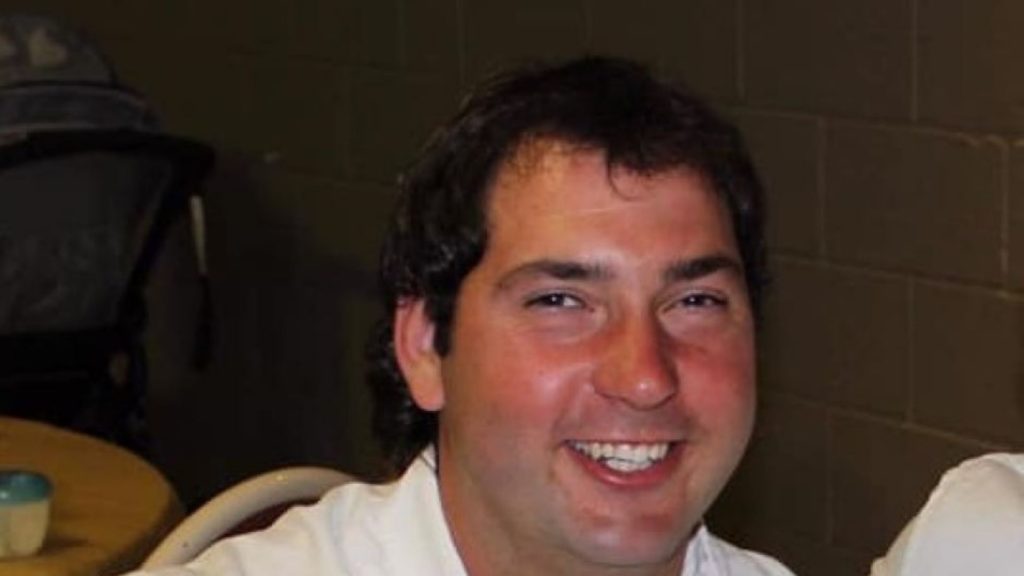 The Greek Orthodox Church of St Constantine and Helen in Renmark, South Australia, was flooded with people on Saturday morning as more than a thousand of truck driver Coen Fraser’s family members, friends and colleagues gathered to bid a final farewell to the young man who drew his last breath on the Sturt Highway on 8 August.

Dozens of prime movers came to pay their respects. Around 80 lorries formed a convoy to honour the young man who tragically died in a head-on collision with another truck near Truro.

Just four days from his 27th birthday, fate intervened and Coen’s life was cut short while returning home from one of his usual truck routes.

Earlier, he had made one of his daily calls to Kyr Kosta, his beloved pappou, after whom he was named. They had an appointment at 2pm to drink a Greek coffee and feast on his yiayia Froso’s home-made melomakarona.

The family’s only consolation is that Coen did what they had always taught him to do while growing up. He put the life of someone else above his own, saving the female driver who had pulled up on the side of the road, blocking the street amid a dust storm. Rather than cause her certain death he swerved to the right, however Brendan Giles, 64, was driving a truck with inflammable material from the other side. It was the fatal crash that lead to the death of both truck drivers. The accident was exacerbated by the fact that Brendan Giles was carrying inflammable material.

From a young age, Coen had a passion for trucks. Playing with trucks was his favourite game, and Christina, his mother remembered losing her mind as he mimicked the sound of truck engines. His Uncle Tom had suggested he stop driving and take up farming. Coen, known to all as the ‘smiling child’ of Renmark, didn’t want to disappoint his uncle and agreed to give it a try.

It only took four to five months before, Coen said, “Uncle Tom, if you want I can stop driving, but I’ll never be me again.”

Later, with the support of his family, he bought his first truck and started his own business. Unfortunately, his dreams were cut short and his beloved truck, his pride and joy, also became his coffin. The funeral was followed by the ominous sound of horns as dozens of trucks beeped their farewell to the young driver.

“Your loud laughter will never be forgotten,” Dinos Babaniotis, his cousin, said. “There was not a day when you didn’t smile. You were always grateful for the simple, everyday things in life and especially for your family.” He added that all Coen did was for his family. He would drop everything, night and day, to rush to help anyone who needed him.

His grandparents were tragic figures at the funeral. It was no secret that they had a weakness for their first grandchild, which they dubbed their third ‘son’. He offered them companionship and consolation, and he always had time to answer his grandfather’s calls, at least five per day. One of their daily routines was drinking coffee together every afternoon. Life will never be the same for them. His grandfather continues to call Coen’s number even though he knows that he is not there, and yiayia Froso still makes the Greek coffee and lets it freeze on the table. I was lucky enough to meet Coen as his family became my family during my first difficult years as a migrant to Australia. He called me ‘aunt’, and I liked it because he would say it with so much love. He once saw me crying because I felt homesick for my loved ones back in Greece and he started to cry with me. Later he said something, I don’t remember what, and our tears turned to laughter. Because that was Coen – a young man who was able to build connections with those around him in unique ways. He was also able to show his love in a way that was magical.

That is why he was loved by all.

And it was love that flooded from his funeral on Saturday morning.

FRASER, Coen. It broke our hearts to lose you, But you did not go alone. A part of us went with you, The day God…

Mrs Giles, the wife of the other truck driver who lost his life was also present at the service to honour Coen and assure the family that there was no bitterness as Coen did what he had to do.

“His mother Christina Babaniotis and sister Mia posted a heart-wrenching message about Coen on Facebook, bidding farewell to their beloved son and brother, while describing him as an ‘angel’ and their ‘hero’. Christina wrote: “Mia and I are so very heart broken to lose Coen. We cannot imagine life without our beautiful-hearted, kind and loving son and brother. Our lives will never be the same without you Coen. We will always for all eternity love and miss you. Super proud Son of what you had achieved and I stand tall in your honour with my head held high as your proud mother. Our Angel, our Hero, R.I.P. son and until we meet again so we can have your warm hugs, cheeky smile n hear your infectious laugh.”

Their message was just one of a number of honourable tributes for the young man. And surely Coen was looking for above, whispering a ‘thank you’ and ‘sorry’ before driving his shiny white Kenworth to the skies.