“First your property. Then your life” Turkey’s own Kristallnacht The Constantinople-Istanbul pogrom, known by Greeks as the Σεπτεμβριανά Septemvriana, “Events of September” was directed at the city’s Greek minority on 6-7 September 1955.

It was triggered by fake news that the Turkish consulate in Thessaloniki –the house where Mustafa Kemal Atatürk, the founder of modern day Turkey had been born in 1881 – had been bombed. The bomb in fact was planted by a Turkish usher at the consulate, who was later arrested and confessed, incited the events.

The context for the riots can be traced back to Greece’s appeal in 1954 to the United Nations to demand self-determination for Cyprus. The day before the Tripartite London Conference, 29 August – 7 September 1955, on the future of Cyprus began, with Britain, Greece and Turkey, Turkish Prime Minister Adnan Menderes claimed that Greek Cypriots were planning a massacre of Turkish Cypriots.

The London conference fell apart on 6 September; the first day the subject of Cyprus was to be taken up at the conference, when news broke of the bombing of the Turkish consulate in Greece’s second-largest city, Thessaloniki.

The Greeks played a key role in Constantinople-Istanbul’s business life, making them convenient scapegoats during the economic crisis in Turkey.

In his 2005 book The Mechanisms of Catastrophe: The Turkish Pogrom of September 6-7, 1955, And The Destruction of the Greek Community of Istanbul, Greek American academic Speros Vryonis, documented the direct role of the Demokrat Parti organisation and government-controlled trade unions in amassing the rioters that swept Constantinople-Istanbul.

During the night of September 6 to September 7 1955, municipal and government trucks were placed in strategic points all around the city to distribute the tools of destruction (shovels, pickaxes, crowbars, ramrods and petrol), while 4,000 taxis were requisitioned from the Drivers Association and Motor Vehicle Workers’ Trade Union to transport the perpetrators. In addition, flags had been prepared by the Textile Workers’ Union.

A protest rally on the night of September 6, organised by the authorities in Istanbul, on the Cyprus issue and the bombing of Atatürk’s home, was the cover for amassing the rioters.

At 1.00 pm, news reports of the bombing were announced by radio. However, most people at the time did not have radios, so they had to wait until 4.30 pm, when the daily İstanbul Ekspres, which was associated with the DP and the National Security Service (NSS), repeated the news in print.

At 5.00 pm, the riots started in Taksim Square, and rippled out during the evening through the old suburb of Beyoğlu (Pera), with smashing and looting of Greek commercial property, particularly along Yüksek Kaldirim street. By 6pm most of the Greek shops on Istanbul’s main shopping street, İstiklal Avenue were ransacked.

According to the eyewitness accounts the mob chanted, “Massacre the Greek traitors”, “Down with Europe” and “Onward to Athens and Thessaloniki” as they attacked. Predictably, the situation soon became out of control and the mobs were shouting “First your property. Then your life”

The riot died down by midnight after the intervention of the Turkish Army and declaration of martial law. The police force was ordered to hold a passive stance and leave the mob to roam the streets and freely and commit atrocities against the civilian population. Turkish militia and police that coordinated the attacks refrained from protecting the lives and properties of the victims. However, there were a few cases where police officers prevented criminal activity. The fire brigade, whenever it reached a fire, claimed that it was unable to deal with it.

The rioters were not instructed to kill their targets, yet sections of the mob went further.

Apart from the thirty identified victims, an additional three unidentified bodies were found inside the shops, while three burned bodies were found in a sack in the region of Besiktas and 32 Greeks were severely wounded. Men and women were raped and Islamised by force. According to various witness accounts including those of the Turkish writer Aziz Nesin, men were subjected to forced circumcision by the mob. An Armenian Christian priest died after the procedure. Priests were scalped and burnt in their beds and many Greek women raped. The aftermath of a city gone mad. 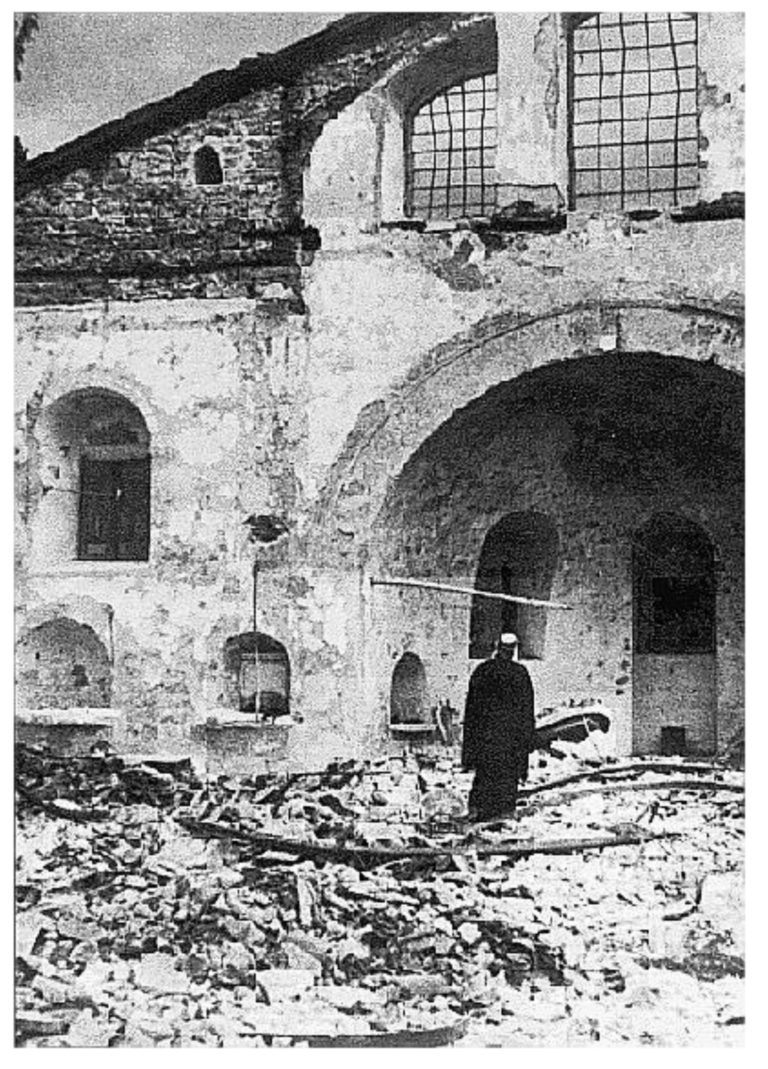 A burned out Greek Orthodox Church. 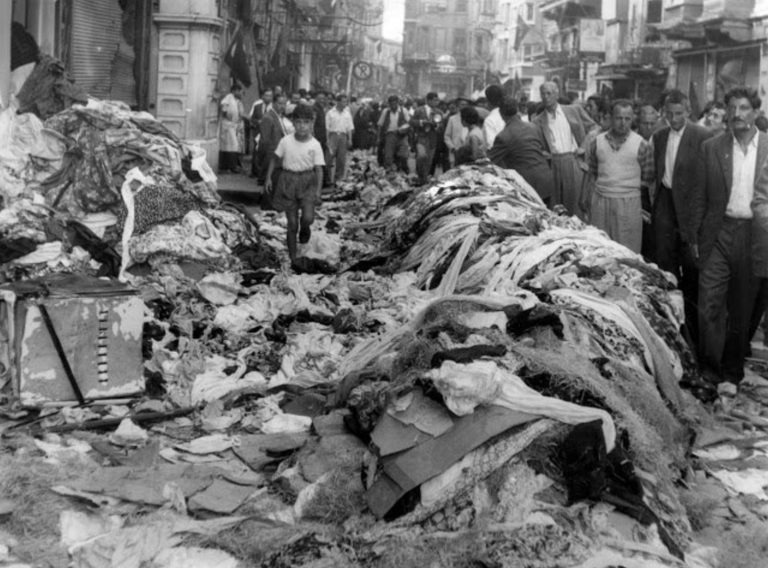 Ethnic cleansing a crime against humanity

According to a 2007 paper by Alfred de Zayas for the International Journal Genocide Studies and Prevention the event “satisfies the criteria of article 2 of the 1948 Convention on the Prevention and Punishment of the Crime of Genocide (UNCG) because the ‘’intent to destroy in whole or in part’’ the Greek minority in Istanbul was demonstrably present, the pogrom having been orchestrated by the government of Turkish Prime Minister Adnan Menderes.” The number of deaths, estimated at thirty-seven may have been low; the result of the pogrom was the flight of the Greek minority of Istanbul, a community which once numbered over 100,000 and was reduced to a few thousand.

Zayas writes, “The vast destruction of Greek property, businesses, and churches provides evidence of the Turkish authorities’ intent to terrorize the Greeks in Istanbul into abandoning the territory, thus eliminating the Greek minority. This practice falls within the ambit of the crime of ‘’ethnic cleansing’, which the UN General Assembly and the International Criminal Tribunal for the former Yugoslavia have interpreted as constituting a form of genocide.”

In the weeks leading up to the Istanbul pogrom, Turkish authorities had engaged in systematic incitement of public opinion against the Greek minority, in connection with the dispute over Cyprus. A student movement calling itself Cyprus Is Turkish was virulent in creating anti-Greek propaganda. On 28 August 1955 the largest daily newspaper, Hu¨rriyet, threatened that ‘‘if the Greeks dare touch our brethren, then there are plenty of Greeks in Istanbul to retaliate upon.’’

Turkey while a party to the UNCG since 1950 is not a party to the 1968 Convention on the Non-applicability of Statutory Limitations to War Crimes and Crimes against Humanity.
According to Human Rights Watch, the Greek population in Turkey is estimated at around 2,500.