Two intact chamber tombs dating from 1400-1200 BC have been unearthed at the Mycenaean cemetery of Aidonia near Nemea.

Discovered last month, one of the tombs had its roof still intact, and was found to contain two primary burials, as well as the bones of 14 more individuals that are believed to have been transferred from other tombs.

The second had no roof, having collapsed, with three primary burials discovered inside and above it.

Also found in the tombs were clay vessels, figurines and small objects, such as buttons.

Aidonia was a major centre in the region during the Mycenaean period (ca. 1700-1100 BC), and became known after extensive looting of the Mycenaean cemetery between 1976-77. 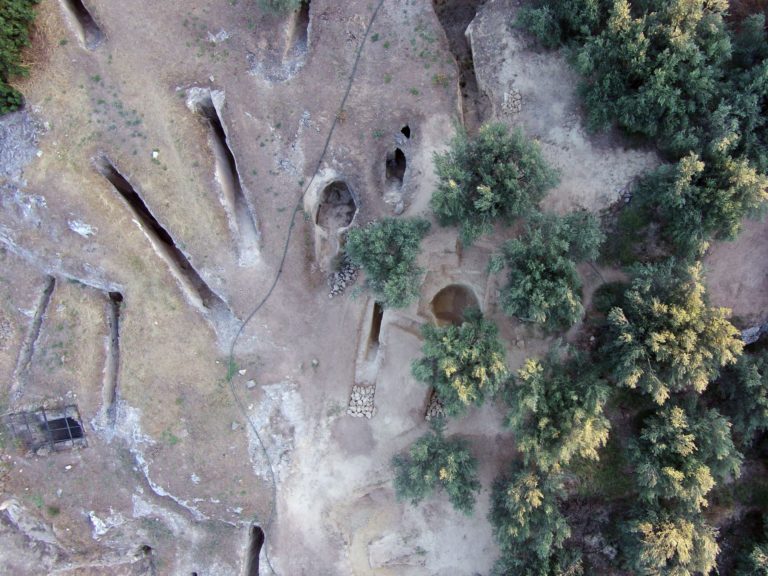 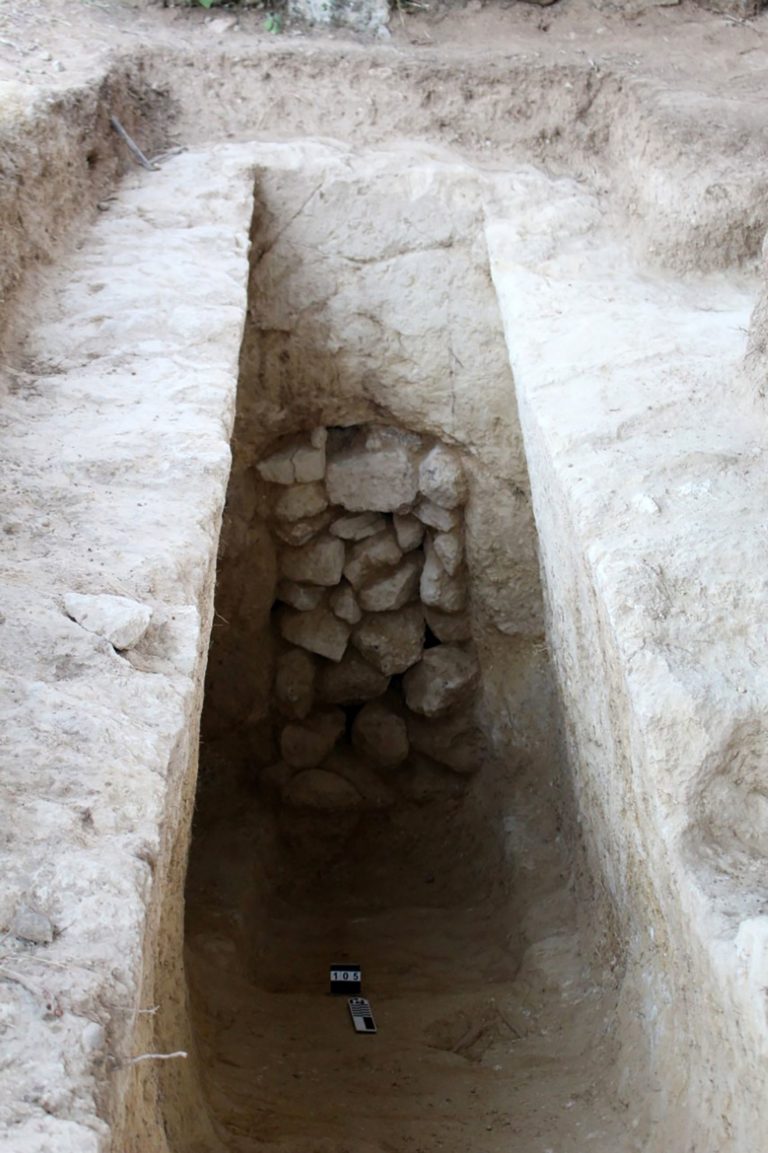 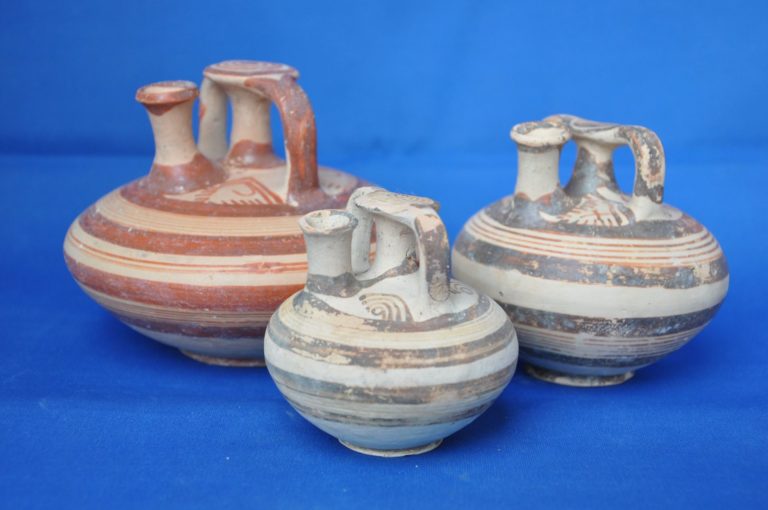 A rescue excavation followed in 1978-1980 and 1986 by the Archaeological Service under Kalliopi Krystalli-Votsi and supervised by Konstantina Kaza, bringing to light 20 Mycenaean tombs.

The findings from the rescue excavation proved their link with a collection of Mycenaean jewels which had been up for sale in a New York art gallery in 1993, which the Greek State successfully claimed.

The discoveries were made as part of the Corinthian Ephorate of Antiquities systematic research project led by Konstantinos Kissas, Assistant Professor of Archaeology at the Universities of Graz, Austria and Trier, Germany; together with Kim Shelton, Director of the Nemea Center of Classical Archaeology.

The tombs help give a greater understanding surrounding the site’s evolution over the years, as well as its association with the palatial systems of surrounding areas, such as Mycenae.