Since antiquity, Greeks have been known for their refined style. Here are some fashion designers with style in their DNA. 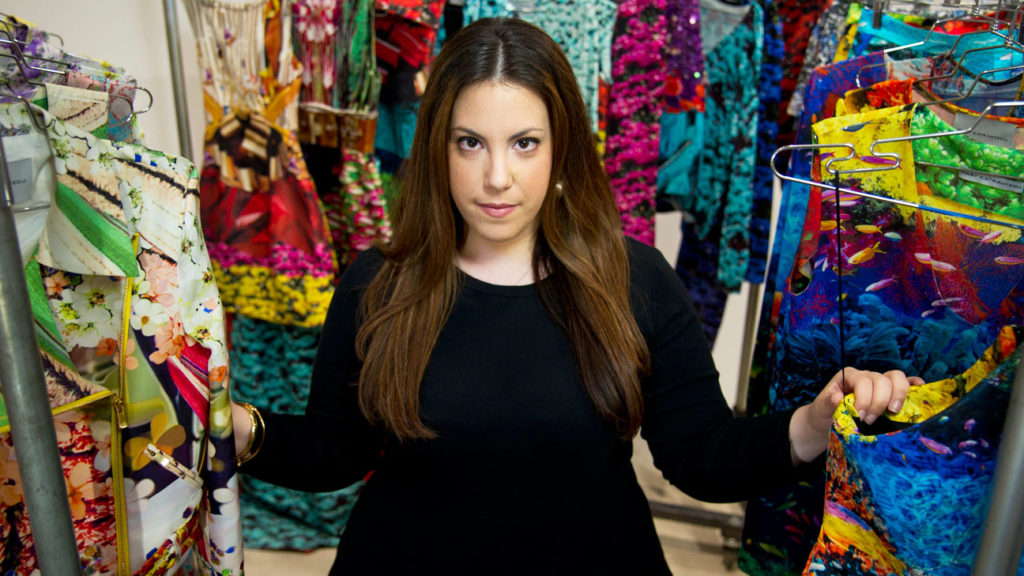 Born and bred in Athens, award-winning designer Mary Karantzou studied architecture at the Rhode Island School of Design before heading to London to pursue a Bachelor of Arts and Masters of Arts in fashion from the Central Saint Martins College of Art and Design. Since then, she’s distinguished herself on the global fashion scene. Accolades have been plentiful since 2008 when her graduating show mapped out her signature style. Her thematic collections revolve around an icon of luxury, such as perfume bottles or other everyday objects that she uses as inspiration. She has dressed everyone from Michelle Obama to Beyonce. On 3 October, she will present her SS20 collection where no other designer has shown before, at the Temple of Poseidon, and she describes this occasion as a ‘homecoming’.

The Athens-born designer started sketching when still a child and later went on to study literature at the University of Athens. Her childhood obsession never left her and she went on to sell a small collection of hand-sewn dresses to an Athens boutique upon graduation. Later, she enrolled at the Central Saint Martins College in the Field, achieving notoriety when her graduation collection was selected to be displayed at Pellicano in London. She swapped Greece for London in 1996, and launched her own company in 1999. She collaborated with Ruffo Research, an Italian leather house. She created ceremonial costumes for the 2004 Athens Olympic Games opening and closing ceremony which required two years of research. She’s received numerous awards for her work and accolades have been plentiful.

Greek-born, British-educated, Australian-based Tina Kalivas has proven to be extravagant and daring in her highly futuristic designs that also use ethnicity as a recurring theme. She runs her eponymous brand alongside her film work, and her work has been featured in famous movies such as ‘Last Knights’, ‘Die Another Day’, ‘Australia’ and ‘Goemon’. She studied at the London College of Fashion and relocated back to Australia in 2002 where she launched her own label featuring modern yet feminine clothes. She has collaborated with Kookai Australia and created the uniforms for the Sydney Hilton Hotel.

Designer Celia Dragouni is inspired by old fabric and vintage embroideries, and her work has light and airy feel about it. Known particularly for her bridal creations, Celia received a BA from the Chelsea College of Art and Design before she moved to Paris to study Fashion and Textile Design. She attended Parsons School of Design and eventually worked at Sonya Rykiel in Paris. After returning to Greece, she launched her own brand Celia D in 2004.

The British-based designer started her career as a pianist. She moved to London to study illustration and graphic design at Central Saint Martins College in the Field. She first launched a capsule scarf collection which met with such success that she quickly added lightweight kimonos and kaftans. Since then her line has expanded to include dresses, swimwear and other feminine designs.

Frentzos started making clothes, mainly prints, following his graduation from the School of Fine Art in Athens, before his relocation to London to study at Central Saint Martins. Teaming up with fellow designer Sophia Kokosalaki, he created clothing inspired by the New Age music era. In 2001, he presented his first collection at Milan Fashion Week and also launched his eponymous brand. He has won many prizes and accolades for his bold and modern designs, influenced by tradition and roots and yet still fresh in attitude.

Athens-born Lydia Vousvouni studied fashion at Central Saint Martins and stayed in London following her graduation to work as part of the design team at Marios Schwab and Aquascutum, as well as for Chloé and Loewe in Paris. A meeting with Greece’s first lady, Mareva Grabowski-Mitsotakis and Mimika Kolotoura was what led to her return to Athens to work with Greek fashion label Zeus + Dione that is owned by the two. She is the brand’s main designer and is known for her  bold designs for all ages that dig into Greek heritage without looking like theatrical costumes.

Effie Kats’ first foray into fashion was at the age of 23, when the Greek Australian launched Zachary the Label. She quickly shot to fame, bringing an investor on board and branching out from online to bricks and mortar. Growing at a rapid pace, before Kats knew it, she was ostracised from the label she created and administrators were being called in. Fast forward to 2019, and Melbourne-based Kats has worked her way back to the top with her eponymous label Effie Kats. Launched in 2018, the label is known for made to measure fashion for all shapes and sizes, especially the power suit.

Melbourne-based fashion designer Dimitria Papafotiou is behind the label DIIDA – a nod to her childhood nickname – and has worked across the fashion industry, from design and buying, to public relations and visual merchandising. The Greek Australian brings together Grecian designs and feminine styling, offering a range of womenswear that carries the interpretation of strength, sex appeal and freedom inspired by ancient Grecian garments and the endless Greek summers. Her designs represent Papafotiou’s take on the modern woman in all her forms for all occasions, suitable for ‘desk to dinner’ and ‘beach to bar’.

Greek-Italian fashion duo Peter Strateas and Mario-Luca Carlucci pushed the industry’s boundaries for diversity with their Melbourne Fashion Week runway held on the 85th floor of Eureka Tower offering 360-degree views of the city, through the Open House program. At 200 metres above ground, internationally acclaimed designer label Strateas.Carlucci took the concept of ‘inclusivity’ to new heights as the media dubbed, by advocating for age, gender and body diversity. “Staging a show 85 floors above Melbourne was too good an opportunity to show people something new in the city,” Peter Strateas told The Age. On the catwalk, modelling the duo’s creations the audience saw Carlucci’s 85-year-old grandfather, Benito Capasso, as well as his 10-year-old son.