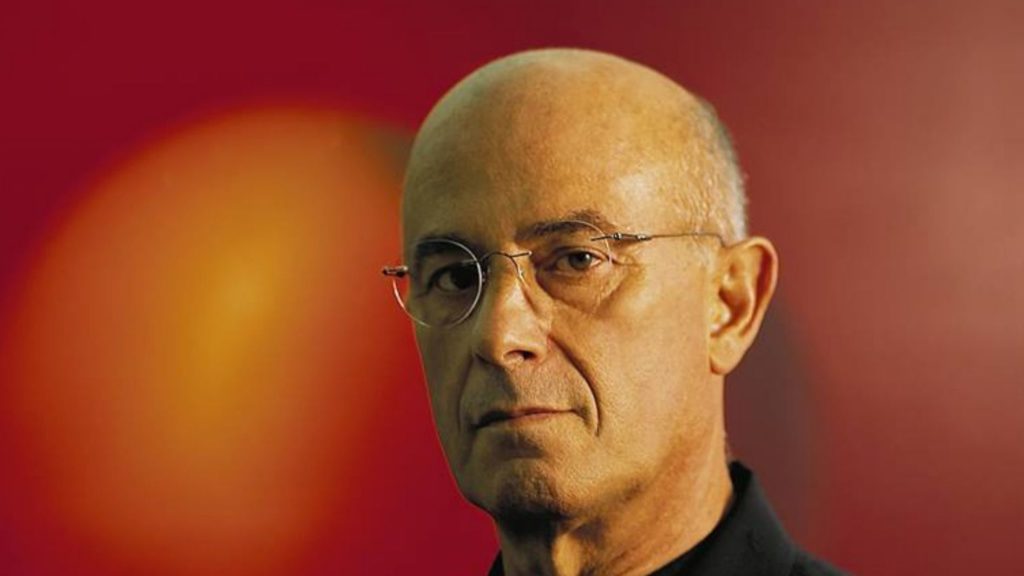 Stavros Mihalarias, art collector and dealer, owns one of the largest collections of art works by Takis.

Stavros Mihalarias, one of Greece’s most prominent art restorer and dealer (who also creates semi-abstract sculptures of coloured steel), started off his career as an icon restorer in 1960, working at the Byzantine & Christian Museum in Athens.

Upon obtaining a scholarship from UNESCO, he travelled to Paris for further studies at the Louvre and the Ecole des Haute Etudes, and later completed his PhD in Belgium. In the ’70s he moved to London, establishing his own restoration workshop there, and working with both private and public art collections. In 1983, he established his first workshop in Athens. Since then, he has created art spaces in Kolonaki, Kifissia and Malakassa.

Mihalarias’ international reputation has led him to work with the world’s finest art institutions and collections, such as Madrid’s Prado, Amsterdam’s Rijksmuseum, plus England’s National Gallery, the Tate, and Victoria & Albert museum. He is also a collector, with a special penchant for the works of Takis, Chryssa and Pavlos.

This year, the stall of Mihalarias Art at Greece’s annual art fair Art Athina (that ran 13-16 September in Athens), was entirely dedicated to recently deceased Greek artist Takis, whose exhibition is currently running at London’s Tate Modern until 27 October. Takis, an internationally renowned artist, and one of Greece’s most avant-garde of artistic spirits, recently passed away on 9 August, aged 94. The Tate’s exhibition of his works is the largest ever to be held in the UK (comprising 70 works), and the first time that a Greek artist has got the limelight at this leading art institution.

At Art Athina,  Mihalarias, who owns the biggest collection of works by Takis found the time to speak to Neos Kosmos about this creative pioneer, who used the laws of electromagnetism in his art. He also spoke about the ways of the art market, the value of Greek art and the reputation of Greek artists:

How well did you know Takis?

I knew Takis for 45 years. He was a great artist, we had our ups and downs, but he was a genius, a difficult person, but also a magician of magnetism, and someone who was against the power of the incumbent, something which he fought throughout his life. For example, at a show at New York’s MoMA in the Sixties, Takis moved one of his works by himself, arguing with the director that it wasn’t placed correctly. This occurrence instigated the creation of the AWC (Art Workers Coalition). It was the art dealer Alexander Iolas who had taken him to New York back then, and they had said at the time that Iolas had brought them Magritte, Delvaux and other great artists, but why he also brought Takis to New York, was beyond them.

When was the last time you saw or spoke to Takis?

We spoke just before he passed away, and even then he was against authority. This of course stigmatised him in comparison to other artists of his times, especially in terms of the prices of his work, and not in terms of his fame in academic circles. His works were cheaper in comparison to those of others who were represented by galleries etc. Of course, things will change now, because his value as an artist was always there. The exhibition at the Tate Modern has honoured his work, and this show will then go to Barcelona (at the MACBA), and then it will travel to Greece’s Cycladic Museum in May.

It must have made him happy to see his works at the Tate.

Not really, it didn’t concern him. These things didn’t impress him that much.

Let’s talk about Greek art as an investment. Many collectors sold their Greek art works during the crisis.

They did this out of necessity.

But didn’t this affect the value of Greek art?

It depends on what they sold.

For example old masters such as Volanakis?

The old masters don’t matter so much these days because the young buyers don’t buy the older works.

But don’t these older works have more value?

The value of a work of art has to do with demand and supply. When there is a lot of supply, the demand drops. And a young person doesn’t want to put an old work by Volanakis, for example, on his wall. These old masters were part of the German school, so you can’t really call it Greek art. When I came back from London, I helped to boost the value of this kind of art in Greece, which was bought by 60-year olds, who had the desire to become part of the bourgeoisie who owned this kind of art. They were Greeks of course, because it is mainly Greeks that buy art by Greek artists, apart from the work of a few internationally known Greek artists such as Takis, Chryssa or Pavlos.

In your opinion, why are there so few internationally known Greek artists?

Because Greek artists don’t stick to the rules, they like to sell on their own and to cut out the manager. Abroad, this is not the case. The artist creates and there’s someone else who does ‘the dirty work’. And this means that Greek artists don’t have a good reputation abroad. When Greece joined the EU in 1981, and from its population of around 9 million people (of which few were art buyers), they now were part of a larger population of over 350 million (and today over 500 million) the Greek artists wanted to take advantage of this, and started having shows in Paris for example, but at the same time selling works ‘under the table’, in their home. And Takis was no exception.

But this is done out of necessity, don’t you think? After all, the gallery always gets a nice cut from the art it sells, and it’s often the middleman that gains more than the artist.

In that case, are all the big names of art, de Kooning, Jeff Koons etc idiots for going by the book? It’s not a matter of Greek art not being good, it’s more a matter of Greek artists not behaving well. Also, we have about 4 million Greeks outside of Greece, around the world, and many of them have prospered and are potential art buyers, but they prefer to buy from galleries too and not straight from the artist. Foreign collectors never buy straight from the artist, because this jeopardises the value of the work. How can you then sell it later? Without a manager you are nothing. The artist does the work, but somebody else does the promotion etc. And from the agreed percentage from the sales of each art work that a gallery gets, much of that goes to expenses for the art’s promotion etc. But nowadays, Greek artists say that they will change and go more by the book.

Yes of course, because art is a luxury commodity, of secondary importance. But you still have to stick to the rules in order to get into the international art scene, to get into museums etc. At the moment it’s the Greek and the Russian artists that have a bad reputation – they don’t play by the rules. Therefore, I think that the potential for Greek art is difficult, if it doesn’t comply, and the same goes for the Greek state, the Greek people in general. They want to make their own rules. If you want to do well in some international game, such as the stock market for example, you have to follow the rules, as does everyone else. Otherwise you lose.

What about the younger generations of Greek artists?

There have been quite a few auctions over the years of Greek art in London for example. Who are the buyers of these works?

It’s still Greeks on the most part. The reason why auction houses such as Bonhams organise the auctions with Greek art in London, is for tax reasons. But the value of these works doesn’t amount to much when put within the wider context of the international art market: Consider that a whole auction of Greek art at Bonhams is worth less than (in fact probably half of) the price of a Picasso. But now that the crisis is lessening, the art market will get better too in Greece, and now is the chance for Greek artists to benefit, if they play by the rules.