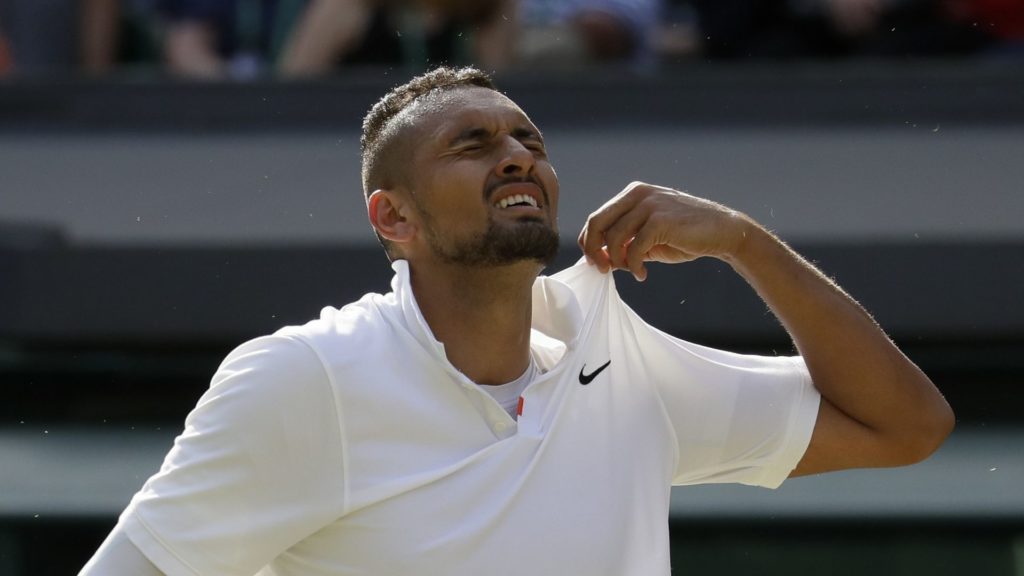 Greek Australian Nick Kyrgios, ranked at No 27, has often been criticised for his antics on the tennis court.

Currently the subject of two investigations, Kyrgios is already under fire for dubbing the ATP as ‘pretty corrupt’ during the US Open and for his meltdown in Cincinnati where he branded Irish umpire Fergus Murphy a ‘potato’ and a ‘f***ing tool’ before he broke two racquets. He has already been fined $167,000 for the latter.

Regarding his accusations towards the ATP, Kyrgios issued a half-hearted apology, claiming the ATP was guilty of ‘double standards’ when handing down punishments.

Rafter said that he doesn’t understand why Kyrgios hasn’t been suspended yet. “On paper, it looks like he should be suspended to me,” he said.

He added that Kyrgios “draws a crowd, but at this stage do you say, ‘Is the crowd more important or are you trying to uphold a certain protocol and a standard the players adhere to?'” said Rafter, the former world No 1.

Kyrgios is currently ranked higher than any other Australian male tennis player at No 27, and presents a headache to Tennis Australia.

Rafter said that he quit as Davis Cup captain after the 2015 Australian Open, mainly as a result of his difficulty in dealing with Kyrgios and Bernard Tomic.