Archaeologists in Ahlada, near Florina, have explored more than 200 new graves in a vast ancient cemetery. Photos: Greek Culture Ministry via Eurokinissi

The cemetery located in Ahlada, near Florina, has yielded close to 1,300 graves, and despite many of the site having been extensively looted over the years, they still managed to uncover a number of artefacts that must have been overlooked by the robbers.

Among the finds were a gold mask, four bronze helmets, iron spearheads, fragmented iron swords, a large bronze urn with ornate handles, an iron model of a farm cart, and bronze leg armour. 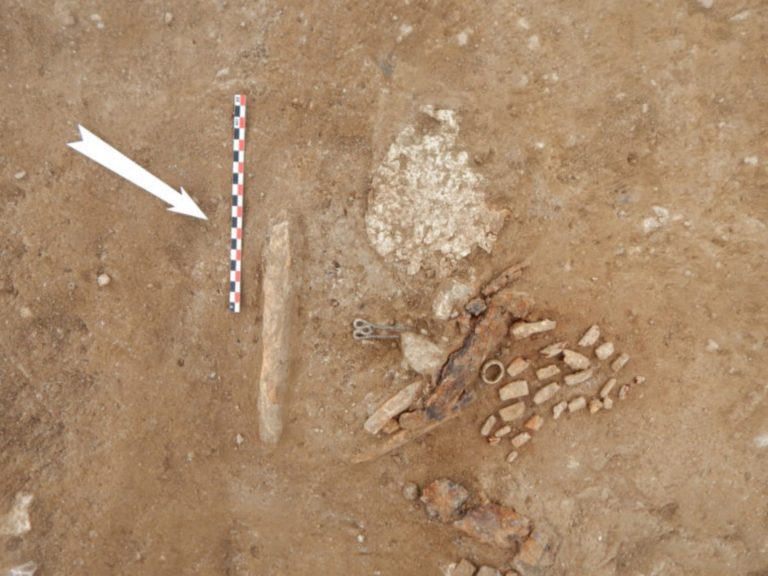 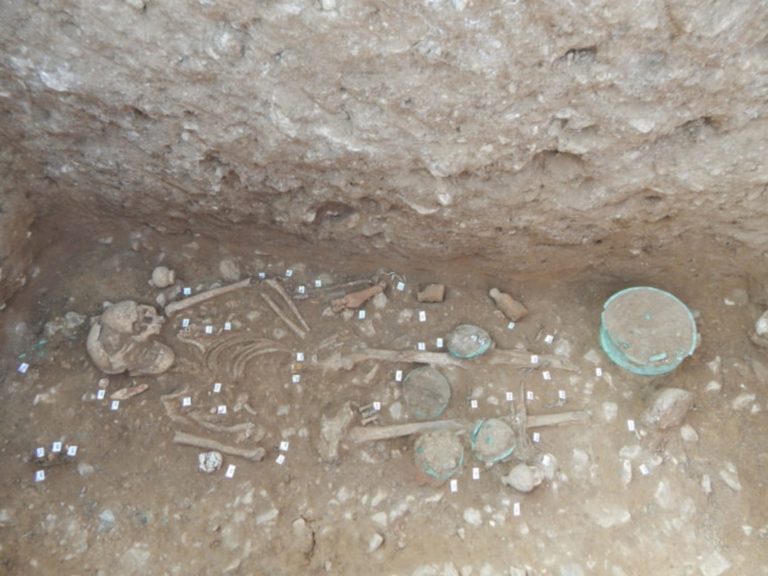 Archaeologists have so far explored over 200 of the graves.

The most impressive finds, according to Greece’s Ministry of Culture, were from the graves of warriors who were members of a powerful military aristocracy, and who died in the 6th century BC.