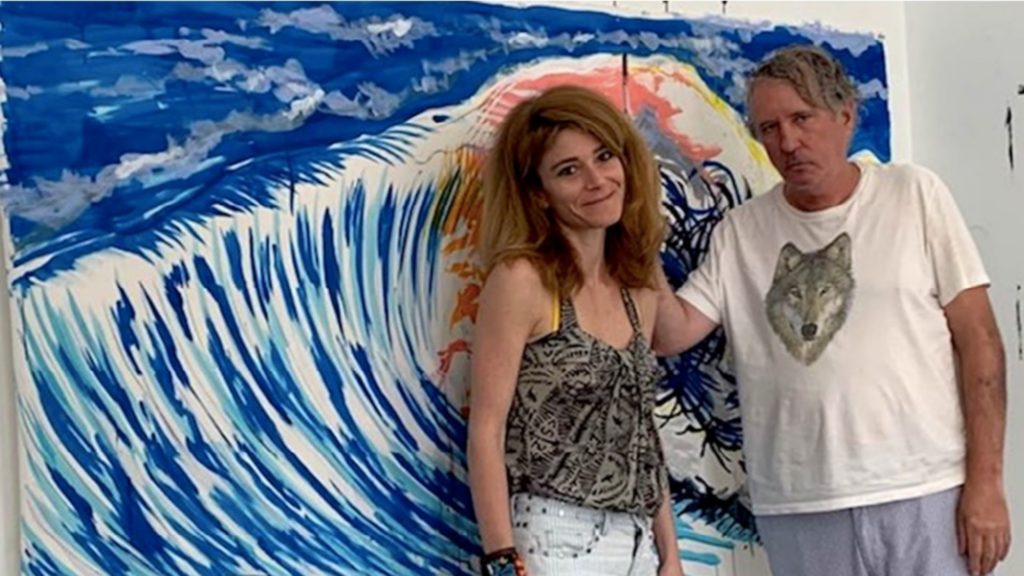 Sozita Goudouna, the head of operations at Raymond Pettibon Studio, has announced the opening of the famous American contemporary artist’s solo exhibition entitled Frenchette in Paris and the inaugural exhibition of David Zwirner Gallery during FIAC (Foire Internationale d’Art Contemporain) International Contemporary Art Exhibition in Paris, France.FIAC exhibition which was founded in Paris in 1974, brings together modern art galleries and around 200 exhibitors at the Grand Palais, including many of the most important specialists worldwide in the field of contemporary art.
Ms Goudouna said the David Zwirner Gallery, which celebrated its 25th anniversary in 2018, represents 60 artists internationally with exhibition venues in New York (three galleries), London to Hong Kong.

She said a new gallery space designed by Renzo Piano will be launched in New York next year.

“David Zwirner’s program launched with radical, experimental shows by emerging artists such as Stan Douglas, Jason Rhoades, and Diana Thater, all of whom had solo exhibitions at the gallery in its inaugural year and are still part of the roster today,” said Mr Goudouna.

Following Brexit, David Zwiner Gallery focuses on France and for its inaugural exhibition, the Parisian imprint launches a show featuring new and archival works by the seminal American artist. Signaling its first outpost in continental Europe, the Paris gallery features this solo exhibition by Pettibon and pieces that inspired Kim Jones on his fall men’s collection for Dior.

“Taking their point of departure from the Southern California punk-rock scene of the late 1970s and 1980s and the do-it-yourself aesthetic of album covers, comics, concert flyers, and fanzines that characterised the movement, his drawings have come to occupy their own genre of potent and dynamic artistic commentary. Drawing from a wide range of sources, Pettibon’s work manifests an almost incomprehensible depth of ideas, subject matters, associations, and metaphors, completely erasing any boundary between “high” or “low,” the artist creates highly complex constructions, that are visually economical yet poetically taut and complex” she said.