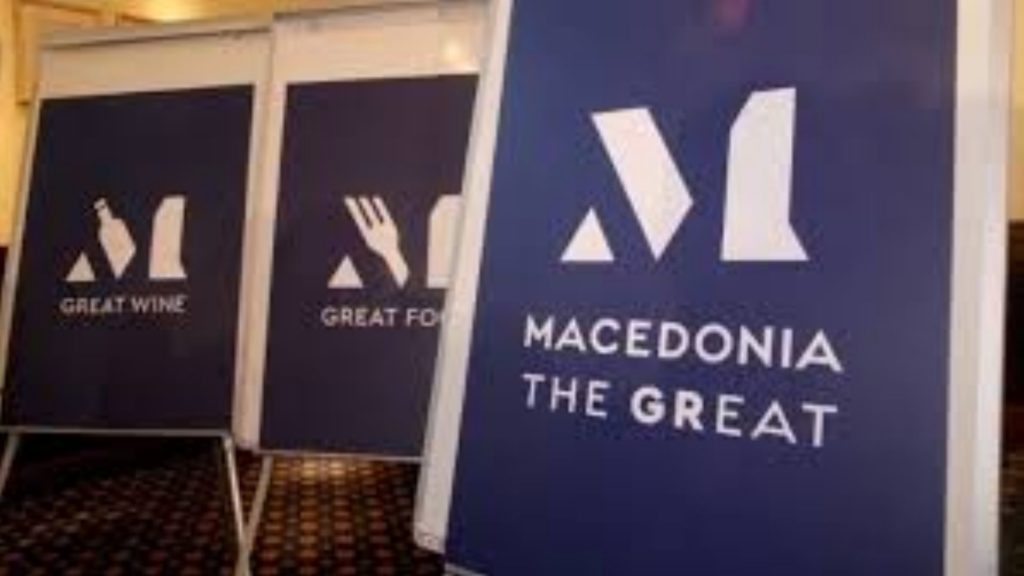 Posters reflect the “Macedonia the Great” campaign which was launched on 14 November to promote the produce of the northern Greek prefecture. Photo: AMNA

North Macedonia media reports that Skopje is reprimanding the Greek government for acting unilaterally to undermine the spirit of cooperation between the two countries developed following the Prespes Agreement.

Dissent came following the launch of a campaign, with the slogan ‘Macedonia the GReat’, on 14 November in the presence of Greek Prime Minister Kyriakos Mitsotakis and the president of the Greek Exporters Association (SEVE) Giorgos Kostantopoulos. The new logo represents a range of products from the Greek prefecture including wine and other produce.

Mr Mitsotakis said at the launch that “producers in Macedonia will embrace” the logo so that northern Greek professionals “could establish a unified collective identity, making products of Macedonia stand out from now on.” He also said that the logo would be submitted to the European Union Intellectual Property Office (EUIPO) for registration so that it may be “added to Macedonian products and services across the world”.

The event took place just before a meeting between Mr Mitsotakis and North Macedonian Prime Minister Zoran Zaev during the Thessaloniki Summit 2019. The two men met on the sidelines of the summi in the second meeting since Mr Mitsotakis assumed his office in July following their first meeting in New York on 24 September on the sidelines of the United Nations General Assembly (UNGA).

Skopje’s government believes that it should have been informed in advance of Greece’s intention to use the slogan in teh spirit of “mutual trust”.

“We appreciate that these issues must be approached through dialogue and with the counsel of specialists in issues relating to the use of trade names, trade marks and their protection. This unilateral approach could have undermined and had a negative effect on all that has been achieved between the two countries so far,” said a foreign ministry official from Skopje.