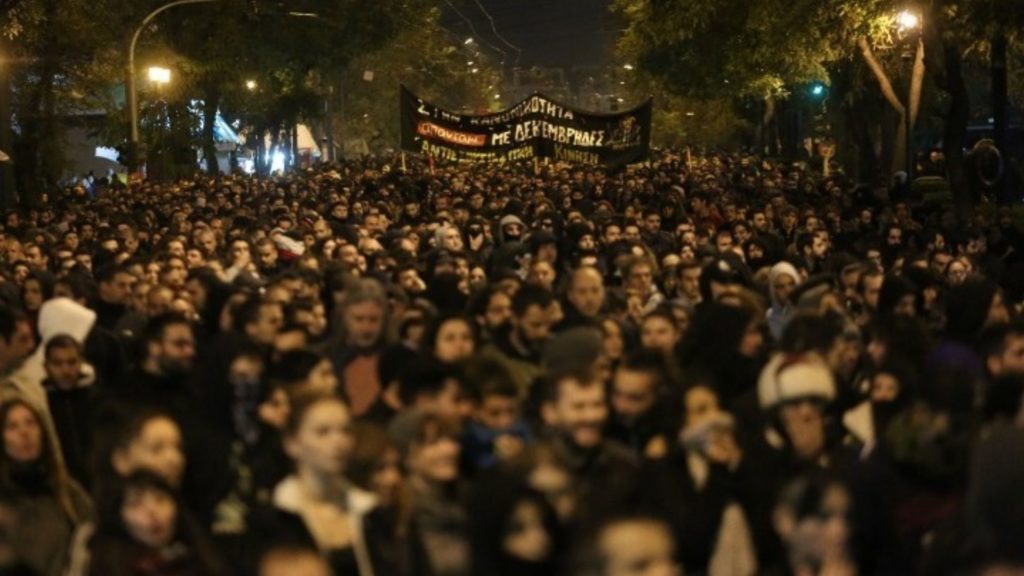 Ten people were arrested by the Greek police in clashes around the Exarcheia area of Athens on Friday night.

The arrests were made during a memorial march to commemorate 11 years since the police shooting of teenager Alexandros Grigoropoulos in 2008.

The Greek anti-riot police were called in as groups from the march hurled petrol bombs, slabs of marble, stones and other objects at police. People threw firebombs at the riot police on Charilaou Trikoupi Street and tear gas was used to quieten the crowds.

The march, organised by leftist organisations and anti-establishment groups, concluded at Greek Parliament.

Following this, some marchers headed to Exarcheia where a 9pm rally took place at the spot where Grigoropoulos was shot dead.

Early in the day, students marched from Panepistimiou Street to Greek Parliament and marches were also held in Thessaloniki.