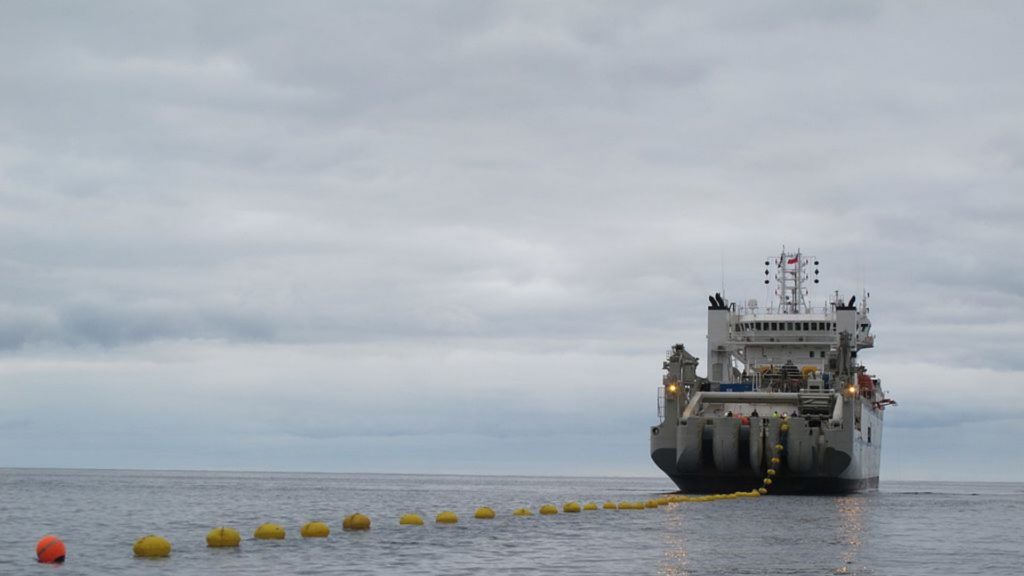 A ship lays out cable at sea. Photo: WikiCommons

Greece’s Hellenic Cables has won the contract to supply 300km of inter-array cabling for an offshore wind-generation project off the southern coast of Massachusetts in the United States.

The Greek Company will produce the cables from its Corinth factory by the end of 2023 with the final installation to be done by 2025 to connect the Mayflower Wind’s 804MW project to its offshore substation.

Recharge.com said that Denmark’s Semco Maritime had awarded the contract to Hellenic Cables but did not publicise the financial terms of the deal.

Mayflower is going ahead with its project despite the fact that it does not yet have a power off-take contract that has been approved by Massachusetts state regulators.

On 10 January, Mayflower signed a contract with the three main electric distribution companies in Massachusetts that details pricing and other obligations. Company spokesperson Liz Isherwood said Mayflower expects to submit the contract to the Department of Public Utilities (DPU) by 10 February.