Looking for mateship and multiculturalism in Whittlesea 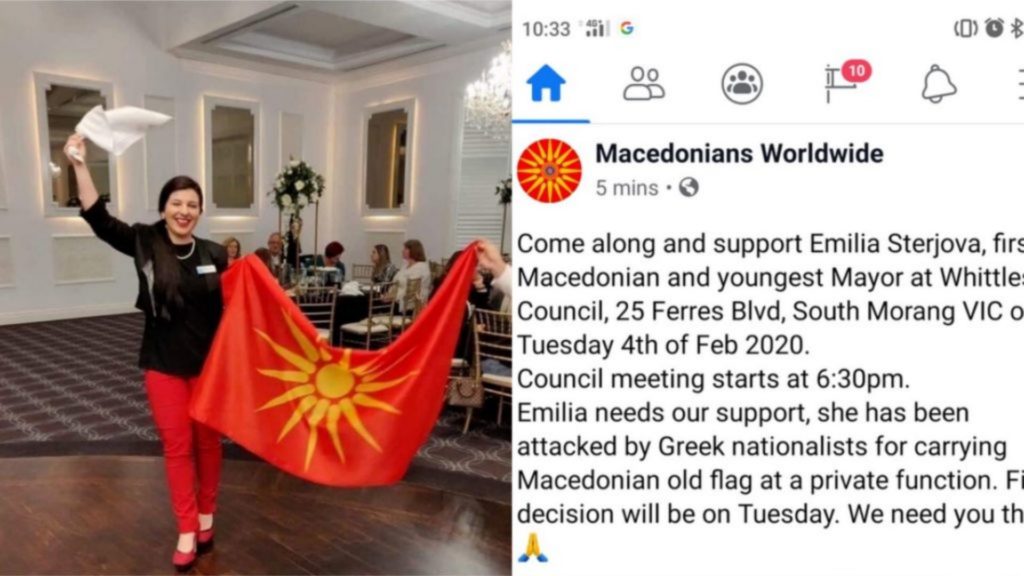 A recipe for disaster? Maybe at the Council of Whittlesea, but not in Lalor North where multiculturalism is embraced and Greek and North Macedonian educators work side by side under the skilful leadership of Lalor North Primary School Principal David Williams.

He says that the program is not just about promoting languages but also about encouraging Australian values.

“There’s nothing more Australian than speaking the language of your grandparents,” he had told Neos Kosmos, highlighting the importance of mateship and multiculturalism.

The importance of such programmes to promote unity extend beyond education and stand as beacons of hope for the rest of Australia – and the world for that matter. Such educational success stories show that Australia is a place where sanity still prevails.

Τhe need for more initiatives such as the one at Lalor North Primary School have been abundantly clear at Whittlesea Council meetings, just a 10-minute drive away from the school but miles apart as far as attitudes are concerned. At least, that’s how it has seemed the last two council meetings where fundamental Australian values of respect were sadly lacking.

While the children of Lalor North were sharing in each other’s cultures and celebrating the beauty of multiculturalism, a council meeting expected to focus on rates and garbage disposal was attended by protestors unable to accept the conclusions of a name dispute that has already been ‘solved’ following the signing of the Prespes Agreement ratified by the Greek and North Macedonian governments.

Bullying tactics have been used (by members of both sides) to silence any opposing viewpoints with North Macedonian maps featuring large parts of Greece shown in the comments section of forums, including those of the official page of Whittlesea Mayor Emilia Sterjova. Council members have been abused, journalists ridiculed and a Greek Australian was even bashed at a restaurant at South Morang to the cheers of Facebook warriors condoning such acts of violence from the safety of their keyboards.

What we need to explore to put an end to the irrational and irredentist behaviours that have no place in any civilised country is to evaluate the real cause of these. The root of such racism has little to do with history. It doesn’t matter whether Alexander the Great used a Cyrillic alphabet and spoke a Slavic language or a Hellenistic one as is the widespread scholarly belief; nor does it matter whether the Prespes Agreement should have been signed (or not) by the governments of Athens and Skopje because, thankfully, the only government that matters in this land is that which is based in Canberra.

As citizens of Australia, we are not called to solve Balkan issues, but we are obliged to respect the Australian government’s official stance (even if we shun those of other countries), and we expect no less from our political representatives. For them to be able to do their jobs with maturity, they need to understand the rules of the land much like the schools that successfully promote multiculturalism know the key role of such schools is to show unity and respect.

To work together peacefully for the benefit of their constituents, politicians need to be aware of what is expected of them by the country they have chosen to represent – Australia.

Multiculturalism means putting the interests of Australian citizens first and foremost, and this is something that Greek Australian politicians have endeavoured to do.

The challenges faced by Whittlesea Council can indeed be an opportunity for addressing underlying racial issues.

Therein lies the challenge for leaders like Whittlesea Mayor Sterjova who can learn a lot from the principal of Lalor North.

Hopefully the mentoring program that the 23-year-old mayor hosts to lead young people into positions of future leadership will be one that she too can benefit from.

The inexperience of youth is her enemy, but it is also her friend as she decides what type of a leader she wishes to become. We hope she chooses the best version of herself, one that is able to bring unity to Whittlesea and shows real courage by not encouraging irrendentist views and beign accountable for the situation in her Council.