A leaked document drafted by EU diplomats was shared on social media on Tuesday, outlining the EU’s latest negotiating position in post-Brexit negotiations. It urged the UK and Brussels to “address issues relating to the return or restitution of unlawfully removed cultural objects to their countries of origin”, raising hopes for fresh demands for the return of the Parthenon sculptures to Greece though the document fail to name these specifically.

Last month, Greek Cultural Minister Lina Mendoni said Athens would step up its claims for the return of the Parthenon Marbles with greater EU support as Brexit diminishes Britain’s influence.

A British government spokeswoman ruled out talk for the return of the Parthenon Marbles in next month’s trade meetings, stating that the document was not a mandate and still in the draft stage.

The Guardian reports that the proposition has more to do with fraudulent movement of antiquities around Europe and was not a direct reference to the Parthenon Marbles.

British Prime Minister Boris Johnson, a Brexit supporter with an admiration for ancient Greece, led the UK out of the European Union on 31 January following a referendum voting in favour of Britain’s departure from the EU. 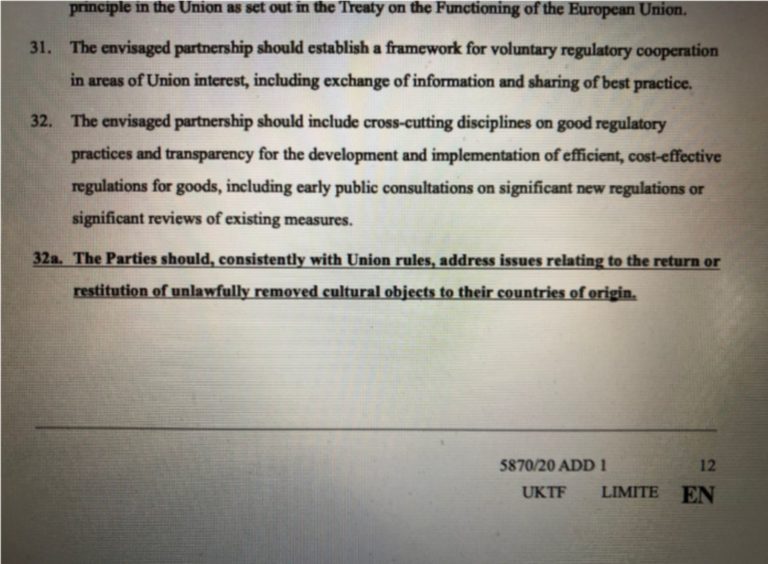