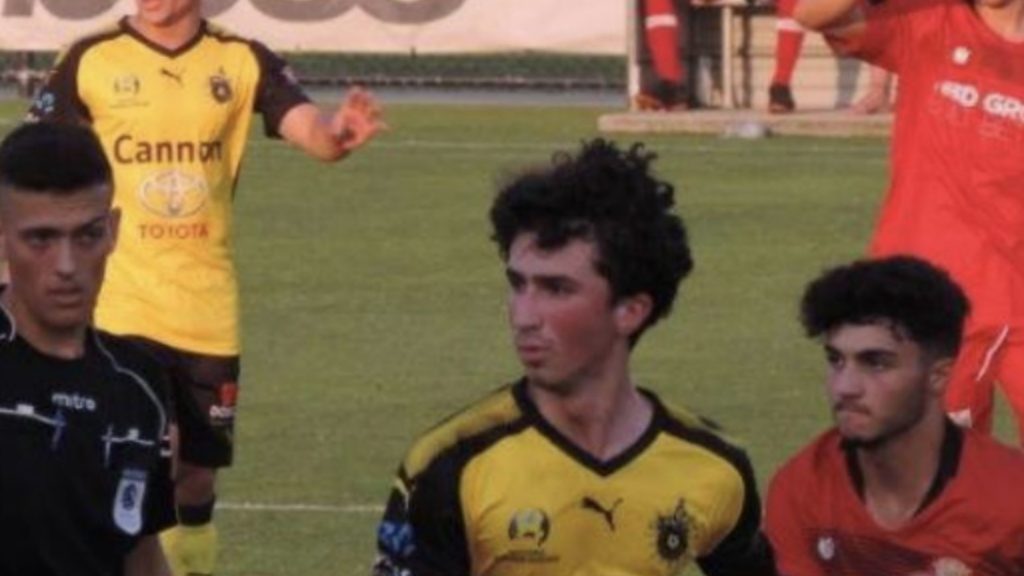 Promising young Melbourne born footballer George Stamboulidis is one of a selection of talented young Australian footballers hoping to impress Young Socceroos coach Gary Van Egmond in this month’s talent identification camp in the Netherlands, ahead of two major tournaments this year.

Stamboulidis, who can play as an 8,6 or 10 in the midfield, is one on three Victorians selected for the camp, the others being Melbourne City’s Gianluca Iannucci and Melbourne Victory’s Birkan Kirdar.

The squad is scheduled to play three matches against Dutch Eredivisie youth teams, including FC Utecht U19 (played mid-week), Ajax Amsterdam U19 (22 Feb) and FC Twente U19 (25 Feb).

The Netherlands camp follows a similar camp for 26 participants held in December 2019 at the AIS in Canberra aimed at assessing potential Young Socceroos.

“This month’s camp will provide a great opportunity for our staff to assess a diverse group of young Australian footballers in an elite environment,” van Egmond said.

“We’re pleased to have been able to schedule matches against youth teams from three top Dutch clubs, and these games as well as the time we spend together will help us attain a clearer picture of some of the players who may form part of our squads for tournaments later this year.”

This year looms as an important year for the Young Socceroos with two major tournaments scheduled beginning mid-year with the Asean Football Federation (AFF) Youth U19 Championships in Indonesia, followed in October by the AFC U19 Championships in Uzbekhistan, which doubles as a qualifying tournament for FIFA U20 World Cup in mid-2021.

Stamboulidis’ football club journey began at FC Bulleen Lions and continued through most of his junior and youth team levels at Northcote FC, before he joined Heidelberg FC to play at U20 level. He also trained at Melbourne City FC youth before heading to Europe. In Greece, he has trained and played with seniors Veria FC, Aris AFC U19 and the Novus U18 Cup for PAOK Koulouras in Athens.

His current club is the U19 Extremadura UD Division de Honor team in Spain, which competes in the top Spanish U19 competition against the likes of Real Madrid, Athletico Madrid and other La Liga teams.

READ MORE: Stamboulidis is keeping his eye on the Greek prize