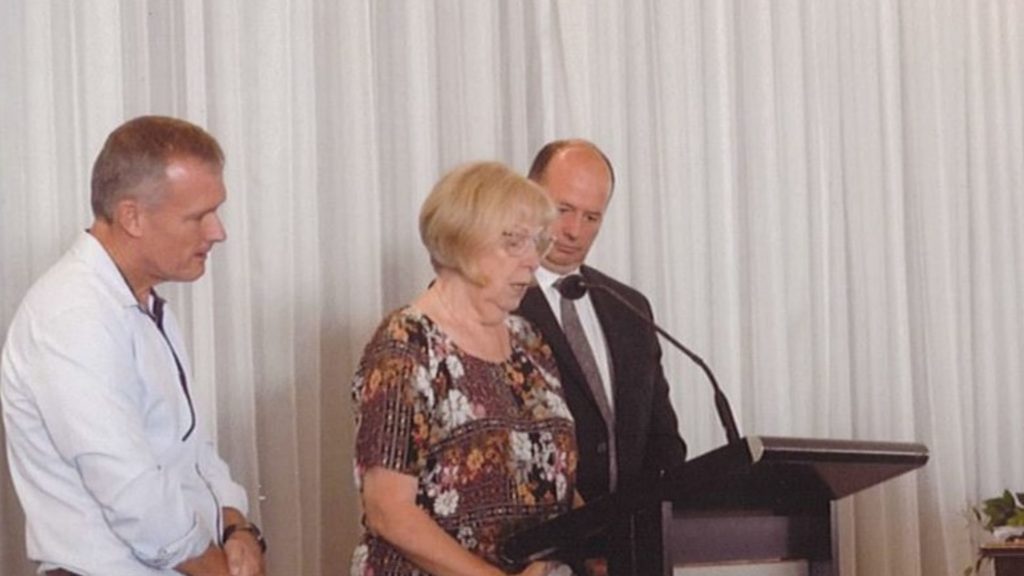 The noted Queensland Philhellene Emeritus Professor Robert (Bob) Milns AM died on 20 February and his funeral was held at Hillstone, St Lucia in Brisbane on 27 February.

Prof Milns, who joined the University of Queensland (UQ) as the Professor of Classics in 1970, was well known for his work with the Greek community of Brisbane.  He was known through his presentations on Brisbane’s ethnic community radio station 4EB and for much more.

In 2003, he received the Nike award from the Australian Hellenic Council for his distinguished service as a Philhellene. The Greek Orthodox Community of St George in Brisbane made him an honorary member in 1996. Four years ago, Prof Milns was presented with a medal commemorating his 40 years of participation in the annual Paniyiri Festival (previously the Ekthesis) where for many years he served as a member of its cultural committee.

READ MORE: Greeks in the service of the Ottoman Empire Prof Milns was a founding member of the Dyonisios Solomos Society of Brisbane and served on its executive committee right up to his death.

Such was his contribution to the study of the Classics that UQ named its antiquities museum in his honour as the RD Milns Antiquities Museum – which he promoted tirelessly  and helped to expand its collection of antiquities.

He was much loved as a lecturer and post graduate supervisor and was an inspiring scholar and a supportive colleague.

Over the years, Prof Milns served UQ as a Head of Department , Dead of Arts and was a member of the university’s Academic Board and Senate. He maintained his links with the university after he retired and led ancient Greek and Latin readings every Friday afternoon.

He also maintained his association with UQ’s Alumni Friends and with the Friends of Antiquity. He was a past president, and active member of the Queensland Friends of the Australian Archaeological Institute in Athens which is also based in Sydney.

Even as he endured a long and debilitating illness Prof Milns refused to give up his reading of Greek texts or the preparations for his next talk.

He is survived by his wife, Lyn, and his sons, Alexander and Nicholas.