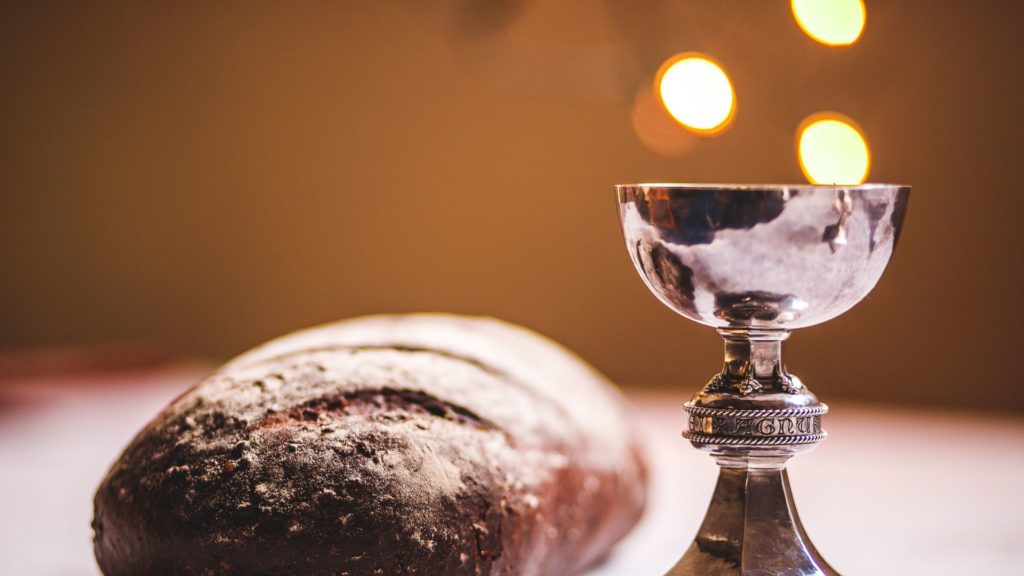 At the centre of the controversy, is the Orthodox Church’s contention that communion is the Body and Blood of Christ and thus, cannot, by its very nature, convey any form of disease. The prospect of churches remaining open during the epidemic to dispense communion offers comfort to some, but outrages others who consider it irresponsible and dangerous.

Heated debates have taken place, mostly on social media, resulting in the alleged targeted bullying of at least one senior priest of the Greek Orthodox Archdiocese of Australia.

The mainstream media are also paying attention, with a recent ABC article stating that: “Greek Orthodox churches across the country will allow congregations of hundreds of people to sip wine from the same spoon during mass because “the holy cup cannot carry disease.”

Another article in the Australian newspaper quotes recently ordained Bishop Elpidios of Perth as affirming that “where science ends, that’s where faith kicks in.” The same article refers to a so-called ‘Global Statement of the Greek Orthodox Church’ where it is considered that: “attending eucharist and communion through the common glass of life certainly cannot be a cause of disease transmission.”

That so-called ‘Global Statement’ is actually a statement by the Church of Greece, which is a State Church, of no ‘global’ reach. The Greek Orthodox Archdiocese of Australia however, is subject to the jurisdiction of the Ecumenical Patriarchate of Constantinople. The Communique by the Ecumenical Patriarchate, while affirming Orthodox Doctrine on Communion, which it states is the “antidote to mortality” is far more nuanced, pronouncing:

Despite the seriousness of the situation, prudence, patience, and the avoidance of panic are advised.
The Church has and continues to respect medical science. Thus, the Church recommends that all the faithful adhere to the official directives of both the World Health Organization and the pertinent pronouncements and legal regulations issued by the civil authorities of their respective countries.

The Ecumenical Patriarchate expresses its gratitude to all those working self-sacrificially within all health, medical, nursing, and research fields in order that this new pandemic be confronted and treated.

An official pronouncement has now been made by the Primate of the Greek Orthodox Archdiocese of Australia, Archbishop Makarios.

While affirming church doctrine on Communion, he asks the faithful to stay away from churches during this time, while also requesting a cessation of clerical hand kissing. He identifies the focus both of the faithful’s fervour and the enraged’s ire as Communion, but also gives regard to the prospect of the virus being transmitted not via communion itself, but by other means, person to person, within the context of a church service, as prospective communicants line up to receive communion, asking the priests to dispense antidoron, the gift of bread at the end of the service, rather than allow parishioners to take it themselves. Significantly, the Archbishop asks that his pronouncement not be compared to those of other jurisdictions, as the conditions and legal and medical requirements of each region are specific to them alone. The announcement has been positively received by the community, as sensible, measured, prudent and responsible.

Archbishop Makarios’ announcement notwithstanding, there appears at present, no common stance as to Communion taken by the other Orthodox jurisdictions within Australia. Mainstream media reports, focusing on the Greek church, have largely ignored the existence of those other jurisdictions.

“The heated discussion and confusion on social media lately regarding Orthodox Holy Communion and the Coronavirus, reminded me of the scene in the movie [the Court Jester] where they discuss whether or not ‘the chalice from the palace has the brew that is true!’

“No one wants ‘the pellet with the poison’ and they’re all searching for the ‘brew that is true’.

“Well, it seems to me that either you truly believe that Holy Communion is really  ‘the brew that is true’ (the Body and Blood of Christ), or you believe that it is ‘the vessel with the pestle’ which contains ‘the pellet with the poison’.

“Put simply, those who wish to be (and wish to remain) in communion with Christ are welcome to come and receive Him. Those who are reluctant, afraid, unsure or even disgusted, may reject and refuse. Either way, we should not be judging or condemning one another. Let all, in good conscience, make their own decision!”