Curbs on travel create unprecedented pressure on the travel industry 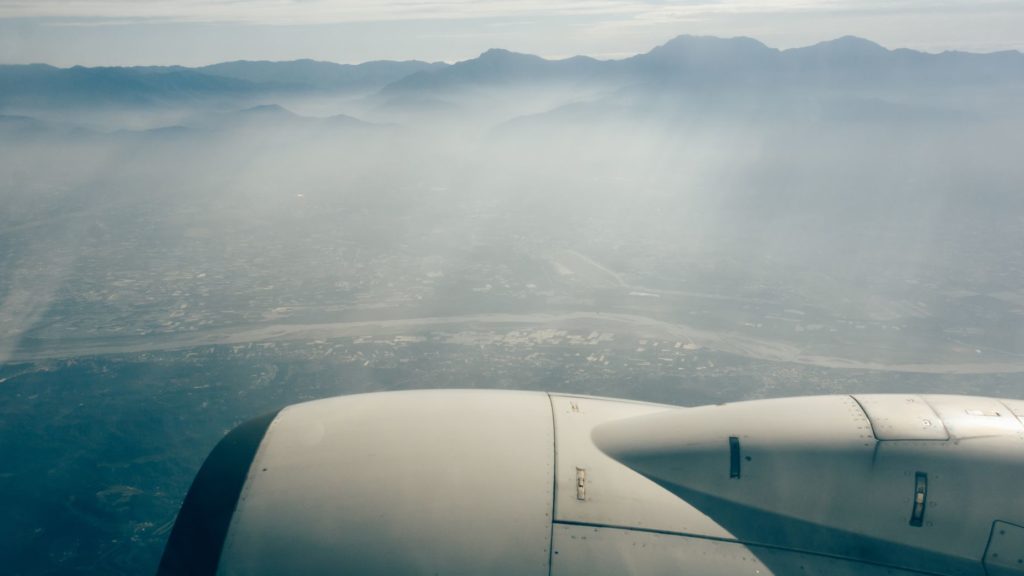 The view from an aircraft is not one that we will be able to enjoy for a while following huge reductions in flights by air carriers in a bid to curtail the spread of Covid-19 around the globe. PHOTO: PIKWIZARD

The response to the Covid-19 crisis is creating stresses and strains over entire industries and services, not least with the travel trade.

On Wednesday morning, Prime Minister Scott Morrison issued the highest level advice for Australians not to travel overseas and called on Australians who are travelling overseas to come home as soon as possible. He also advised people to travel only when it was essential.

Neos Kosmos approached a number of Melbourne travel agencies to learn of the problems they faced in this unprecedented situation.

The owner of Parthenon Travel and Prahran Travel Agency in Melbourne, Panayiotis Alisandratos, said it was important to note that Mr Morisson had not declared a total ban on travel but that he had strongly recommended that it would be better were people not to travel

“What we are saying ‘wait’. It is best to follow the government’s advice for at least the next 30 days. By then things could change.”

“People on Greek and Australian passports can travel but they will have to self-quarantine for 14 days and if they do not have somewhere to go, then they will need to spend that time in a hotel at their own cost,” said Mr Alisandratos. “Most people are putting their travel plans on hold and are taking up the option to re-book at a later stage when things are better.”

”We give out the advice as we get it, but people pay attention to rumours and then call us to answer the the same questions all over again.

“The big problem is that when Flight Centre closed, people who are not even our clients have been calling for us for advice, as well those who have booked via the internet and who have no redress for flights that have been cancelled. Now they are driving us crazy with their calls to answer for problems that we did not create,” he said.

Jacqui Preketes, the managing director of Cosmos Tours and Touchdown Tours said her companies were also being called by people who could not get through to the web-based companies through which they had booked their flights.

“Airline systems are crashing and phone on-hold times can be up to six hours. We are now at a point where we are telling people that unless they have booked with us, we are unable to help. We have to look after the passengers who have booked with us.

“We are handling things in date-of-departure order – the priority are those who need to come back home, followed by those who have outbound flights in the coming 10 days,” said Ms Preketes.

She said her two agencies were focusing their efforts on bringing back about 100 passengers who are stuck in Greece and other parts of Europe, the United States and South America.

“These extreme government measures are unprecedented. From our perspective there are still many questions marks in relation to what impact this will have on the future of travel in general, but also on crisis management,” said Ms Preketes.

“The complexity for the travel industry is that we are dealing with government regulations worldwide, and each government has different policies, therefore airline policies must also be different depending on final destination, date of travel and so on – there are many variables to consider.”

Both Ms Preketes and Mr Alisandratos appealed for calm and patience.

Mr Alisandratos pointed out that as most of his customers flying to Greece tended to go in April through to the summer months it was possible that the restrictions that were applied now could yet be lifted in time for safe travel overseas in the northern summer.

Kostas Kavalakis of Grecian Tours said he was working to get three of his clients back from Greece. It would have been far bigger problem had the situation come to a head over the next few months.

He advised everyone to follow government guidelines before deciding to travel.

Ms Preketes said one of the positive aspects of this crisis was that airlines were improving hygiene standards on aircraft and were looking at improving air-filtration systems.

“People are afraid of airlines going bankrupt. This is highly unlikely. Most airlines are government owned and it is unlikely that any government will allow their airline to disintegrate financially.”

In his announcement yesterday, Mr Morrison also announced an aviation package for the refunding and ongoing waiving of a range of government charges on the airline industry,” including the aviation fuel excise, air service charges on domestic airline operations and domestic and regional aviation security charges.”

“The total cost of the measures are estimated to be $715 million, with an upfront estimated benefit of $159 million to our airlines for imbursement of applicable charges paid by domestic airlines since 1 February,” said the Prime Minister.