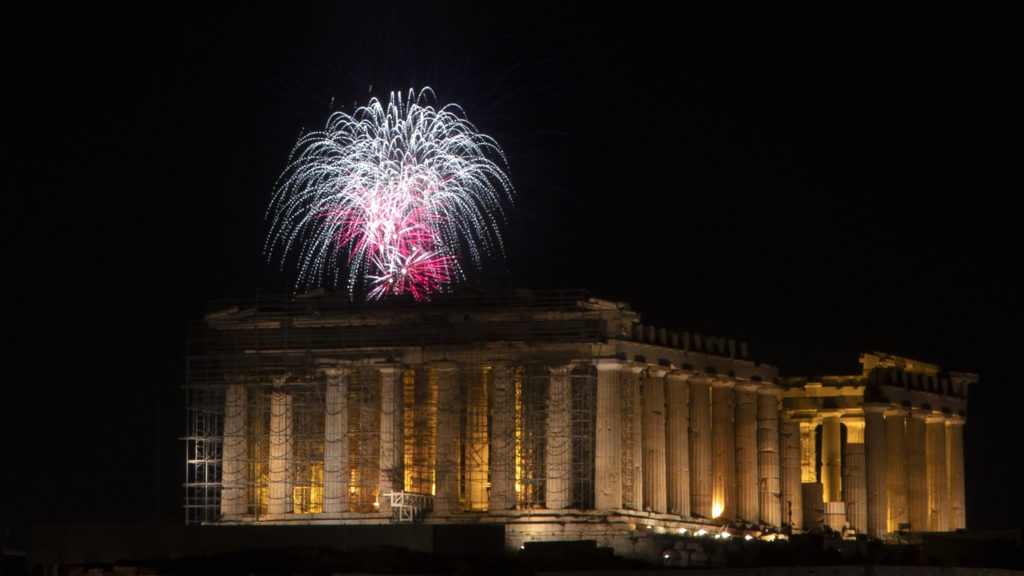 For Orthodox Christians, Easter signals a time of inner reflection and mourning followed by forgiveness and joyful celebrations; the coming together of families and friends.

Centuries-old ceremonies and traditions that go all the way back to the first days of Christianity are ingrained in the hundreds of millions of Orthodox in the world, which this year were cancelled.

No Holy Week, Epitaph or Good Friday processions; no passing of the Holy Light, no hugs and kisses upon the anouncement of “Christ is risen!”.

As such no family gatherings are held today for the Easter Sunday trademark lamb on a spit. No travel to holiday homes or villages in an effort to flatten the curve and stop the pandemic that is claiming life after life in the most random of ways.

While Greece in its majority is doing great holding numbers down, with over 80 per cent of its population being Christian Orthodox, the government has found it hard to keep them away from religious mass gatherings and customs.

Greek Prime Minister Kyriakos Mitsotakis imposed lockdown early, on 23 March, and pleaded to the people’s hearts and reason to follow guidelines and honour this year’s Easter at home, even if it means not receiving the Holy Light and being alone.

The Greek Health Ministry announced on Saturday that COVID-19 infections have now reached 2,235 and deaths stood at 110 since the start of the outbreak in the country on 26 February.

Since Friday, 11 new confirmed cases and two new deaths were registered, with 67 patients hospitalised in intensive care units; 39 have been discharged from ICUs.

A total of 53,290 diagnostic tests have been carried out across Greece so far, among a population of nearly 11 million.

If the numbers remain as low, this level of lockdown is due to end on 27 April, however, during the Holy Week there was slippage in social distancing.

To avoid dire consequences, roadblocks weer set up, and fines doubled to 300 euros for anyone found driving without justification during the holiday.

Easter services were held behind closed doors with only the priest and essential staff. Like in Australia the liturgies were broadcast live on television and streamed on the internet.

Authorities stopped a Greek mayor’s plan to distribute the “Holy Light” door-to-door throughout his municipality just after midnight on Saturday.

Last week Bishop Nektarios of Corfu who opposes to the quarantine measures, invited the island’s congregation to join a closed-door service.

“None of us should be forced to celebrate Easter inside our homes. We are allowed to take exercise outdoors for our physical fitness, why should we not be allowed to attend church for our spiritual health?” the bishop said.

“None of us is exempt from keeping to the rules in this battle [against coronavirus],” Nikos Hardalias, the official responsible for overseeing the national lockdown, said. As a result the bishop will be tried next month on charges of violating the lockdown regulations.

Another priest offered communion through an Athenian church’s back door. On Good Friday, a handful of churches opened briefly, allowing people not only inside the temple but to light candles and kiss icons one after the other. Police took 18 people into custody after militant members of the congregation hammered on the church doors and shouted anti-lockdown slogans.

Plainclothes police were detailed short after to keep watch in order to prevent worshippers wanting to participate in Easter services.

Moreover, a surge was recorded at shops with Greeks going present and food shopping in high numbers, leaving their homes more than usual. Local authorities have issued warnings while the rest of the world awaits to see if there is a spike in Covid-19 cases in the two to three weeks to follow.

ALSO READ: Empty Athens ‘before and after’ photographs… a robust city where the streets lie empty