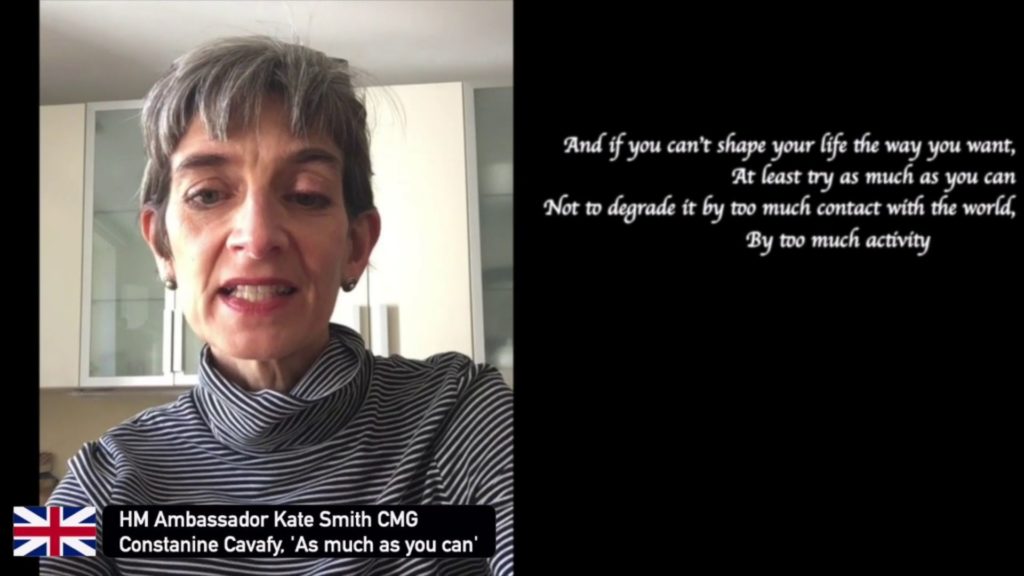 Ambassadors and other foreign diplomats from 18 countries have taken part in the first of a two-part video titled ‘We #stayhome and travel through literature’ where they recite Ancient Greek texts.

The video, posted on the Greek Foreign Affairs Ministry’s Facebook account on Thursday shows ambassadors reciting Greek texts in the original language, in their native language or in English.

The ambassadors chose the excerpts themselves. “Through the universality and timelessness of Greek literature, from Homer to the present day, they are sending their own message of international solidarity against the pandemic,” the General Secretariat said in a statement.

The second part will be uploaded next week.