Over 1,000 blood donations gathered during sports charity event in Athens 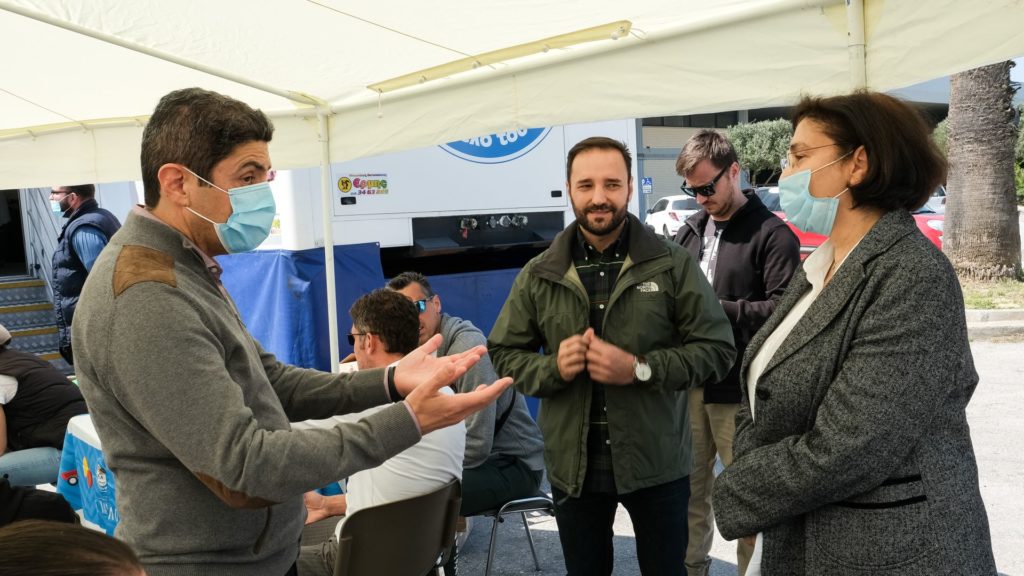 The Deputy Minister of Sports Lefteris Avgenakis speaks with representatives of the charity organisation "To Hamogelo Tou Pediou". Photo: Eurokinissi

With the collection of 100 vials of blood and over 1,000 donations taking place within the last few weeks at all the sports centres of Greece monitored by the General Secretary of Sports, the two-day blood donation event at the Olympic Stadium of Athens in response to the high demand due to the coronavirus disease came to an end.

The event was a joint initiative by the Deputy Minister of Sports, through their new program Live With Sports, in order to promote athletic values within the Hellenic community and more specifically the younger generation, in association with the Health Ministry and the valuable contribution of the charity organisation The Child’s Smile (To Hamogelo Tou Pediou).

Greek Deputy Sports Minister Lefteris Avgenakis also took part in the event, as did the General Secretary of Sports Giorgos Mavrotas and mayors Xenios Maniatogiannis, Anastasios Mavridis, Dimitra Kehagia, the director of the northeast Attika police department Panagiotis Kollintzas alongside other members of the force and many representatives of the football and basketball clubs of AEK and Panathinaikos.

Many of the locals also showed up to support the cause.

The increasing need for blood, which is becoming even more necessary during the coronavirus outbreak, was promoted by the Ministry of Sports as one of the key messages of the online Live With Sports campaign.

It is a priority to include actions that support compassion and service towards the community and Greece’s sports industry, in an effort to show the basic values of sports as an expression of society.

Besides the event that took place at the Olympic Stadium, there are many other blood donation gatherings taking place in different stadiums all around Greece, such as at Ioannina, Thessaloniki, Irakleio and Chania Sports Centres and the Stadium of Peace and Friendship in Piraeus, while others are scheduled to take place in Patra and the Kaftantzogleio of Thessaloniki.