We asked experts for their opinion on the COVIDSafe App: Is it a game-changer?

We asked four experts to answer the following question: “Will the COVID-19 tracing app be a gamechanger in the fight against coronavirus?” Compiled by Melina Haritopoulou-Sinanidou
1 May 2020 3:23pm

Australia launched a contact-tracing mobile app Sunday to boost its efforts to combat the coronavirus outbreak, and by Friday more than 3 million Australians had already downloaded it. Neos Kosmos reached out to various experts and asked the following question: “Will the COVID-19 tracing app be a gamechanger in the fight against coronavirus?”

Here’s what they said:

A perfectly working tracing app would indeed be a game-changer, it would multiply the efficiency of contact tracing in all relevant verticals: accuracy, time, and effort; it would put contact tracers almost straight at the finish line.

Unfortunately with this effort, we don’t know what we don’t know – that is, since the code has not been released we only have the vague descriptions of people outside the technical field on how they think it works.

What we do know, are the hard limits the mobile operating systems are placing on all apps that are running on them, including this one. Given those, the app can be at most a limited cross-checking mechanism, not something to be heavily relied upon to find out most potential contacts.
At the same time Apple and Google are preparing an update that will allow for efficient, privacy respecting, uninterruptible Bluetooth surveillance (implementing the DP-3T protocol, for the geeks out there).

If the government app is then updated to use that system and they release the source-code, we can declare contact-tracing victory.

The pieces seem to be coming together, we are just not there yet.

So, should you use it anyway? If you have no privacy or battery-life qualms then yes.. it may fall short in almost every way advertised, but it’s probably useful to have one more source of potential contacts.

* Computer scientist Kostas Avlonitis, IT specialist for the Greek Community of Melbourne.

READ MORE: More than a million download the COVIDSafe tracing app hours after it is launched

Yes, the COVID-Safe app will be a game changer in the coronavirus crisis.

The APP is promoted by peak medical health organisations such as the Royal Australian College of General Practitioners who urge all Australians to download and use the APP on their smartphones. The purpose of the APP is to help better track cases of COVID-19 and exposure to any contacts. The APP will help speed up the process of detecting undiagnosed cases in our community based on transmission routes from newly infected people. Bluetooth anonymously records COVID-19 contacts that are closer than the 1.5 metres social distancing limit for over 15 minutes. This is the time usually required to pass on the infection. The APP provides a real-time report to public health authorities and to contacts. The information is used to alert those who may need to be tested and/or enter self-isolation. Consequently it should help reassure people and remove social restrictions that are currently in place much more rapidly especially as the number of reported cases per day in our community has reduced significantly due to the extraordinary efforts of our wider community to physically distance. However not everyone has a Smartphone. For example, the elderly who are a highly susceptible group to COVID-19 infection usually don’t and rely on carers and healthcare workers to use the APP and take action.

The main issues also raised by our community are valid privacy concerns. Australians have been reassured that the purpose of the APP is to help contact tracing so if someone becomes positive, it will help protect you and actions that are required should you be exposed. The Federal and State Governments should be congratulated for responding so well to the COVID-19 pandemic and now creating this APP for contact tracing. The authorities assure us that data is encrypted, and that all contacts are anonymous ID and there is no potential breach of confidentiality. Health officials can only access the information if someone tests positive and agrees to let the information in their phone be used.

The COVID-19 tracing app needs a lot of time and effort in order to become a game changer in the battle against the novel coronavirus pandemic. Specifically, the most important milestones that need to be dealt with are three.

First of all, the population as a whole needs to have the app downloaded and running in order to achieve the best results, but this is a difficult task since concerns about the security of the app were raised by some.

Finally, another variable that needs to be considered is the probability of transmitting the virus. The app recognises only the contact between its users. This, assuming that everyone uses the app and that the tests results are 100 per cent accurate, there is a chance that the virus was not transmitted to a healthy individual.

* Antonios Meimaris is a PhD graduate and Teaching Associate in the Department of Econometrics and Business Statistics at Monash University. I think that COVIDSafe, the Australian government’s COVID-19 tracing app, will be a significant step in Australia’s handling of the spread of the SARS-CoV-2 virus, but that this depends on a number of factors. This includes the number of people who download the app and also who use the app, that is, who carry their phones with them in public. Such an app is an effective implementation of modern healthcare technology that comes from a suite of Artificial Intelligence (AI) developments that include infrared cameras to read people’s body temperatures in airports and train stations and self-navigating robots work that disinfect segregated hospital wards. But COVIDSafe is only part of the solution: people still need to maintain social distancing and good hygiene, and stay home when they feel sick. The app is just a tool for tracking the spread of the SARS-CoV-2 virus; it will not protect them from contracting
it. The only thing that will do that, and that will prove to be the ultimate game changer in humanity’s fight against the COVID-19 disease, is a vaccine. And AI is helping there too by accelerating the analysis of the virus’s RNA structure and allowing scientists to better understand how it invades cells and thereby design an effective vaccine.

*Peter Papathanasiou is author of Little One (Allen and Unwin) and Son of Mine (Salt Publishing). He has is a former research scientist who completed his PhD in immunology and genetics at The Australian National University (ANU) and has worked at Stanford University and New York University. 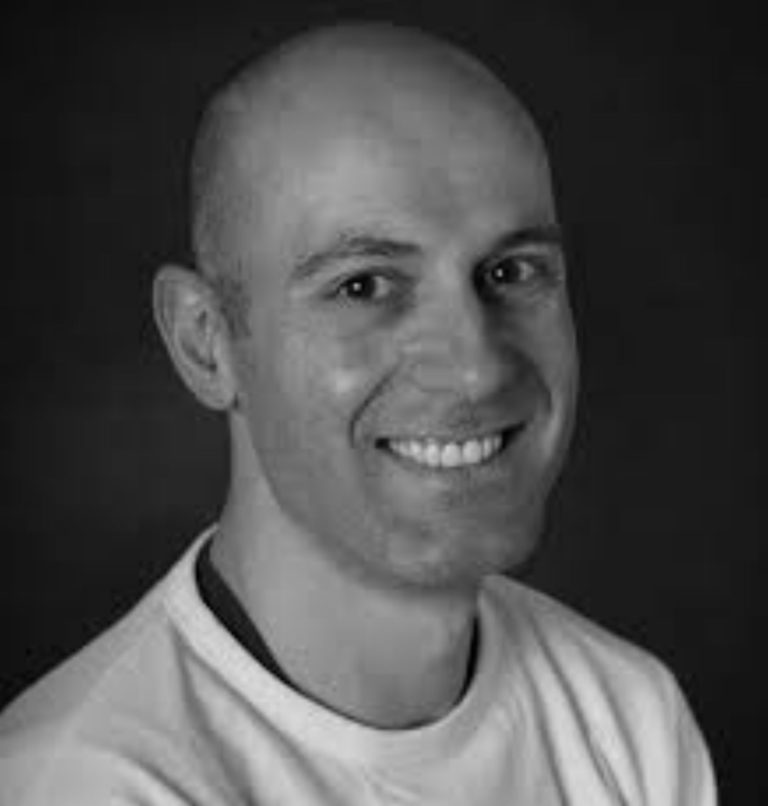