Greece’s political leaders declare their assets: Find out how much they earn 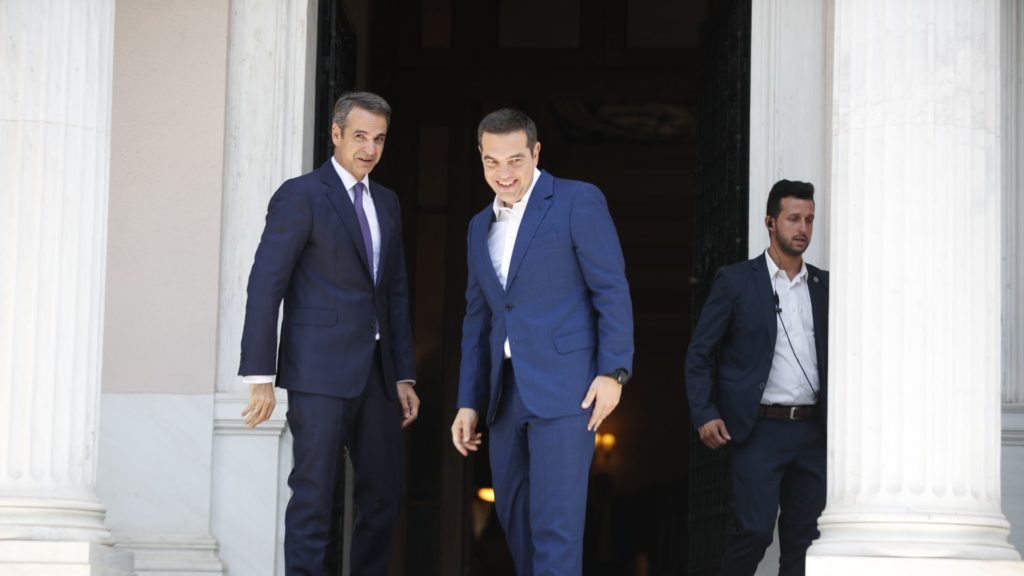 Greek Parliament published 1,072 assets declarations of politicians and high-ranking state officials on its website on Monday. The declarations refer to tax statements made in 2019 for the 2018 fiscal year.

Here are the richest and poorest of Greek political party leaders:

Greek Prime Minister Kyriakos Mitsotakis declared 36,964 euros for 2018, the year before he became PM. He also declared a 10,000-euro yield from real estate, whereas he declared 150,000 euros in the ‘loans’ category. He declared 1,884.85 euros from the agricultural sector. He has 11 different bank accounts, each with small amounts, and is a shareholder of a newspaper in Crete.

Mareva Grabowski declared an income of 41,364 euros, and another 30,500 euros from real estate. Her husband is a shareholder in her clothing company.

Both Mr Mitsotakis and his wife share real estate, including a house in Glyfada, and a house and agricultural crops in Chania. They also have real estate on Cycladic islands, whereas Ms Grabowski inherited a property in the UK in 1978 and also owns an apartment in Athens.

Together they own six cars and one farm vehicle.

Alexis Tsipras declared a net income of 33,909.24 euros from his parliamentary allowance and PM’s compensation as well as 1,125 euros from real estate. Mr Tsipras, Betty (Peristera) Batziana and one of their sons have a savings account worth 113,414 euros. Their real estate is a 114-sq-metre apartment in Kypseli and a 202 square metre plot in Artemida, owned by Betty. Mr Tsipras owns a 2007 motorcycle and the couple share a car.

Fofi Gennimata’s net income for 2018 was 38,646 euros and 22,209 euros in bank savings. She and her husband own 34 different properties and land in Attica and the island of Skyros.

KKE General Secretary Dimitris Koutsoumpas declared an annual income of 76,549.39 euros in 2018. His wife declared 18,157.99 as well as 1.68 euros in interest rates. The couple don’t own shares or other investments and have savings worth 14,000 euros in bank accounts.

MeRA25 leader Yanis Varoufakis declared a total income of 265,000 euros in 2019 and has 128,768 euros in deposits in a Swiss bank and small amounts in Greek banks. He owns one residence and two agricultural plots and his wife owns one office and other real estate, including three agricultural plots. The couple own nine vehicles in total.