This year’s ‘The Voice’ has a strong Greek presence

Two contestants, Despina Savva from Boy George’s team and Stellar Perry from Delta Goodrem’s team, will take part in the show, aiming to win their first professional contract in the music industry 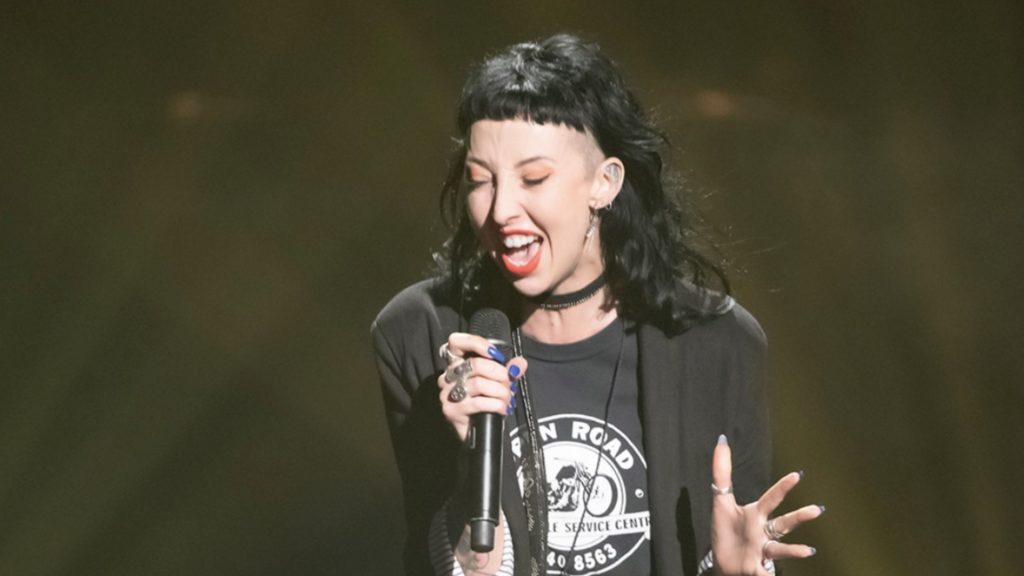 Stellar Perry, who’s on Delta Goodrem’s team in this year’s The Voice, will be one of two Greek contestants participating in the show. Photo: Supplied

Australia’s ‘The Voice’ song contest is set to begin, but it will have a strong Greek flavour, as not one, but two members of the local community have managed to seal their place within the teams of four judges following auditions.

Contestants Despina Savva , the first of the two, is ready to compete in battle rounds.

She was chosen to be on Boy George’s team and couldn’t hide her enthusiasm.

“Auditioning for The Voice Australia 2020 was the most amazing experience! It has always been my dream to be on The Voice and now that I’m actually on it, it doesn’t feel real,” she said. In the battle rounds, Despina will compete with another Greek contestant, Stellar Perry.

Christened Sofia Grafianaki, she was chosen to be on Delta Goodrem’s team after dazzling the judges with her captivating performance. The 35-year-old contestang spoke to Neos Kosmos about her ambitions in the contest, her relationship with Greek and what impressed hr the most about Delta Goodrem.

– What urged you to apply for this year’s ‘The Voice’?

I’ve been going through quite a transitional phase in my life for the last year or so, rediscovering who I am: a broken relationship, finding my independence again, finding my strength and listening to my intuition again and starting to live life as though I could die next year, thinking how would I want to spend the last 12 months of my life if I knew that. It’s just about not overlooking opportunities and not overlooking the signs that are trying to point you in the right direction so your soul feels like it’s in the right place.

– When did you realise you had a passion for singing?

It would’ve been when I was eight. For some reason I always loved writing songs, I always had a diary that I would write lyrics in and make up melodies and I’d try to record the melody on a tape deck so I can remember how it goes. And then I’d have little guide notes on the other page with, how the stage would be like or what the dancers would be doing, you know what I mean? Like kids have a big imagination, I think.

– What is your relationship with Greece?

I’ve been to Greece a couple of times, I got to see my giagia before she passed away which would be about ten years ago and meet all my uncles and aunties and cousins. My father (who’s from Greece) taught me all the Greek principles, such as working hard no matter what field I’m in, being independent, the value of family, church, etc. Even though my Greek might not be that good, I have the country in my heart. It’s all about having that strength and that pride to be part of such a rich and strong heritage that is responsible for so many great things that we get to enjoy today. I’m so proud to have that in my blood and it gives me strength on dark days just to know I’m from something so strong, we don’t break easy.

– Let’s go back to The Voice. What are your goals for this year’s show?

I definitely aim to win, I have a winner’s mentality, but that for me could be translated in various ways, whether that means I’ll be the last woman standing or that every time I put myself out in the public eye that I’ve been 100% authentic and performed at my absolute best, that is also what a winner is for me. But the end goal, my goal, extends even past The Voice, it’s to be song-writing and making a career in music. I’d love to be able to focus on the thing that I’ve wanted to do ever since I was a child.

– We hear you’re on Delta Goodrem’s team this year. Have you met her?

Yes, so we met obviously when she picked me. That was the first time I met her and then we had a discussion in the next few days to discuss what direction I see myself taking as an artist. She’s very good at listening and respecting your artistic direction, she gets to know whoever she picks so then you’re both on the same page. She’s absolutely spectacular. I adore her!

Both Stellar (who’s songs you can listen to on Spotify and iTunes) and Despina, have advanced from the auditions and will be in the battle rounds. Alongside them, of course, will be the Greek community to spur them on and wish them the greatest success in the competition. You can catch this year’s The Voice on Channel Nine.