The story of Michael Varkopoulos who began as a teacher at St. John’s College in Preston, only to end up training some of the greatest players within Australian and English football 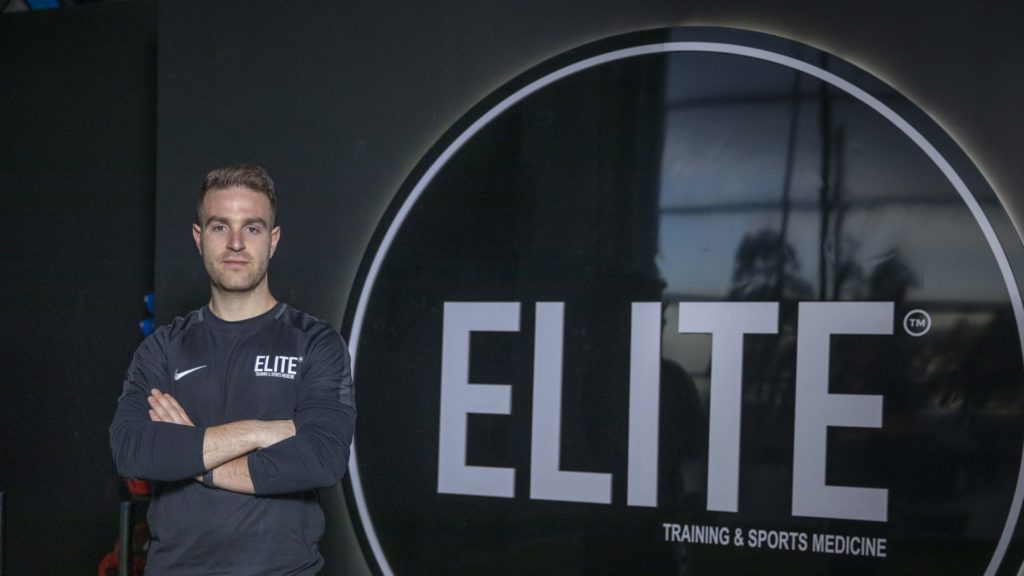 Michael Varkopoulos’ training centre is the number one choice for many star players within the A-League. Photo: Supplied

Everything in life is a matter of timing.

That’s the simple conclusion someone could arrive at after listening to the story of Michael Varkopoulos, one of Melbourne’s Greek community members.

But let’s start from the beginning. Mr Varkopoulos was passionate about football from a very young age as he spent his early days playing at the Brusnwick City Football Club.

And that’s where it all began. “At the same time, I was studying to get my double degree in teaching and sports science,” Mr Varkopoulos said.

“As soon as I finished uni, I went out on the job market and I ended up finding work at St. John’s College in Preston, where coincidentally many of my family members had gone to school over the years. During the PE (physical education) classes I was doing there, I began to incorporate some of the things I had learned from my studies.”

The next step in his career would come from out of nowhere, when suddenly a person from his past appeared with a tempting offer:

“One day I received a phone call from an old friend who was working as a myotherapist at the time. He told me he had decided to open his own centre in Maribyrnong and that he wanted to incorporate my skill-set in his business.

“So we started off with regular clients from local clubs, then we began getting a few stars coming in like Archie Thompson, he was one of the first clients I began to train on a regular basis.

“From then on, things got even better, with players like Ersan Gulum, who now plays for Antalyaspor in Turkey; and all this started a bit of a trend because what we created was an exclusive service for players outside of their regular team training.

“We also had a partnership with the Professional Footballer’s Association (PFA) and collaborated with them on a project to start training footballers on a regular basis through their injury and help them out with their rehabilitation.”

But what exactly are these services that Mr Varkopoulos and his associates offer which players cannot seem to find elsewhere.

“To be clear, this isn’t a soccer academy,” Mr Varkopoulos said. “This is to improve their strength and physical attributes. I’m talking more of a strengthening and conditioning type of training.”

In fact, this method has proven to be so successful and innovative that it wasn’t long before it stretched beyond Australia’s borders to reach the United Arab Emirates.

For this to occur however, a series of events needed to transpire beforehand, with former Melbourne City defender Patrick Kisnorbo acting as the connecting link.

“The partnership in Dubai came about through a contact of ours, Patrick Kisnorbo,” Mr Varkopoulos explained.

“He saw that we offered the same training style as someone else that he knew who was a physiotherapist at Leeds United. So we ended up having a meeting in Melbourne and decided to branch out into a global brand.

“The company is now called ‘Elite Sports and Training Medicine’ and our contact, who Kinsorbo brought us in touch with, runs the facility in Dubai.”

Many players from the famed English Premier League visit Michael’s training centre in Dubai, as it offers them the ideal circumstances to improve their physical condition.

“They come over to Dubai during the off-season and they do their physical training in the sand and the sun, which allows them to raise their heart rate by 25 per cent due to the elevation of heat compared to Europe.”

Mr Varkopoulos likes to visit Greece as his mother is from the Dodekanisa cluster of islands in the Aegean and his father comes from Thessaloniki. He has left open the possibility of a training centre in his parents’ homeland now that he is planning to expand his business even further.

“We want to be a global brand and we currently have that exposure because our Dubai branch has a big following of English PL players.

“So definitely a global location such as Turkey, Greece, London or maybe in the UAE again, Qatar, Saudi Arabia, a market that has many footballers but lacks the facilities to allow them to evolve and progress.”

He feels that this would help as Australian athletes possess the technical skills but lack the strength and conditioning necessary to keep up with their European counterparts.