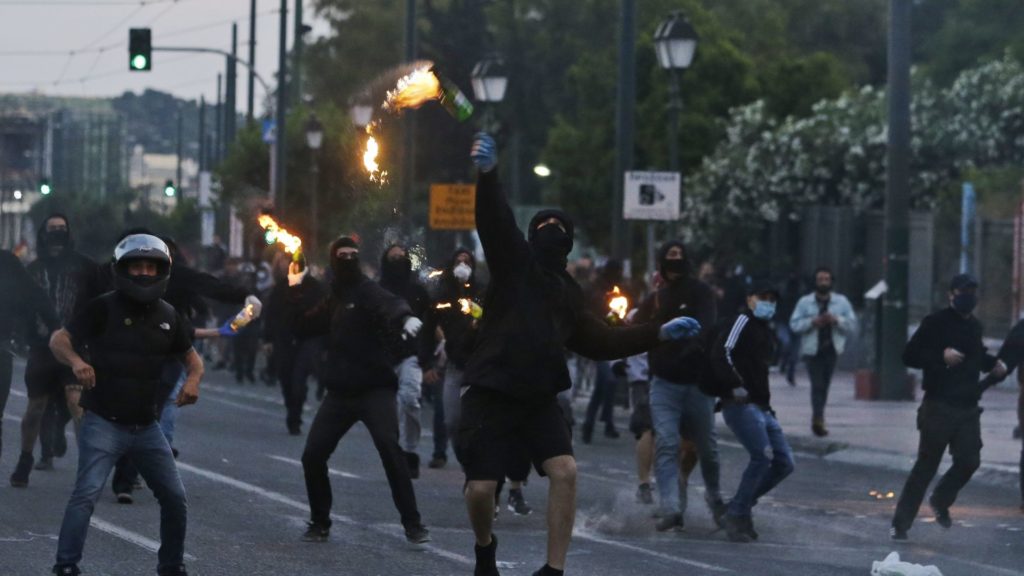 Masked protestors hurled petrol bombs at the US embassy. Photo: AAP via AP

Angry clashes broke out between police and protestors outside the US embassy in Athens during a march over the death of George Floyd, a 46-year-old man African-American killed by police in Minnesota. Footage showed Floyd gasping for ear as he pleaded for air as white police officer Derek Chauvin knelt on his neck for around nine minutes.

The death of Floyd has sparked protests around the world. In Athens, around 4,000 demonstrators held banners, including ones with the last words of the deceased: “I can’t breathe”. They chanted slogans against racism in what was largely a peaceful demonstration until the end.

Police reports allege that protesters pelted stones and firebombs to police outside the embassy building.

Teargas was fired at the protesters.