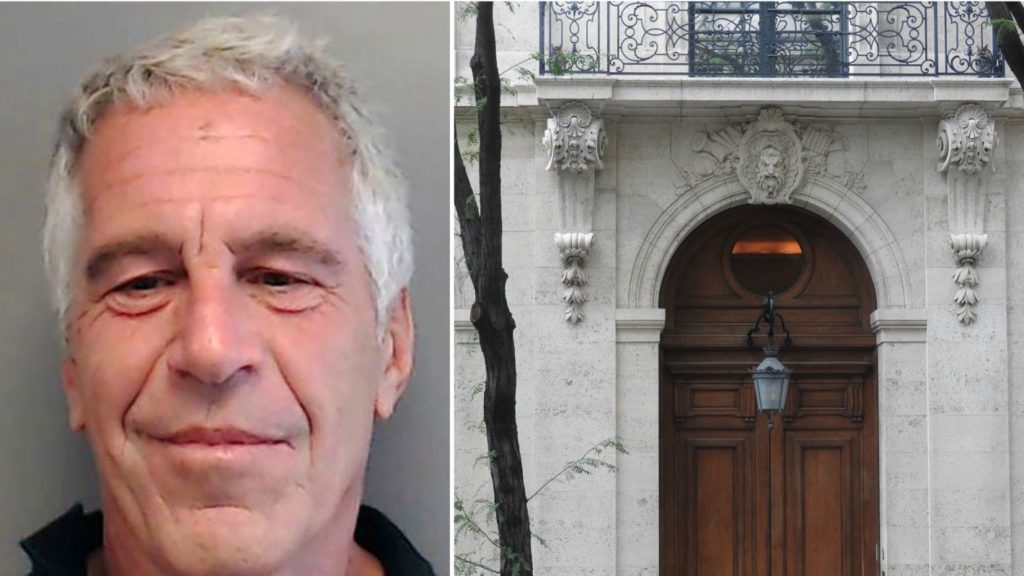 Jeffrey Epstein was accused of sex trafficking of minors at various places, including his mansion at 9 East 71st Street. Photo: Wikipedia

Cyber activists, known as Anonymous, returned from a three-year hiatus on Sunday to divulge the star-studded address book of convicted sex offender Jeffrey Epstein which includes many names including those of members of the exiled royal family of Greece.

This group released “The Little Black Book of Jeffrey Epstein”, an act which they said was motivated by the death of George Floyd in police custody last week. The agenda includes a long list of famous names such as Donald Trump’s daughter Ivanka, ex-wife Ivana, Bill Clinton, supermodel Naomi Campbell, rock star Mick Jagger, Prince Andrew, Sarah Ferguson, actor Will Smith and many more, including  Pavlos, the son of the exiled former king of Greece, and his wife Marie Chantal.

Other names of Greek interest in Epstein’s 92-page secret agenda include Constantine Niarchos, Dimitris Goulandris, Dimitra Lalaouni and members of the Mavroleon family.

READ MORE: The dangers of sexting for teenagers

It must be noted that the information leaked is not new as this is not the first time that Epstein’s “little black book” has been placed on public domain.

The millionaire American financier was found dead in his cell at the Metropolitan Correctional Centre in New York in August 2019, as he awaited trial over sex-trafficking and conspiracy charges. Accused of paying dozens of girls under the age of 18 to perform sex acts at his New York and Florida homes between 2002 and 2005, he faced 45 years in prison.

READ MORE: Sex offender Milton Orkopoulos loses bid for parole, and is back in prison

Fact-checking website Snopes explains that not all the prominent figures in the address book knew him or even met him. “While Epstein’s black book certainly gives some insight into his social connections, these contacts have also been described as ‘aspirational’,” the site clarifies.