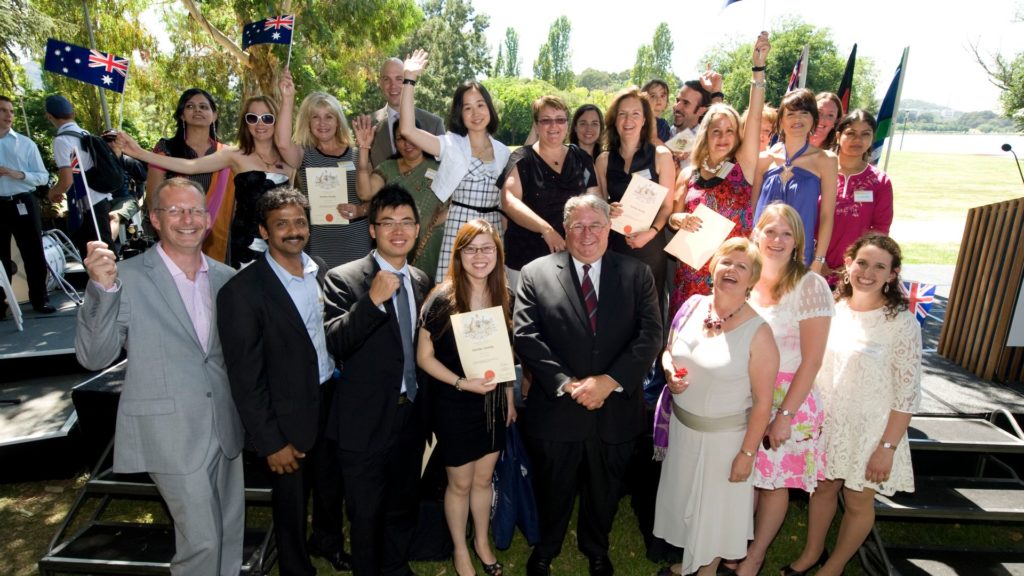 More than 200,000 people have pledged their allegiance to Australia and become new citizens in the past 12 months.

In the 2019-20 financial year, 204,817 people were conferred Australian citizenship – a 60 per cent increase on the previous financial year and the highest number on record.

“Becoming an Australian citizen means more than just living and working here – it’s a pledge of allegiance to our nation, our people and our values,” Mr Tudge said.

“When someone becomes a citizen, they make a pledge to uphold Australia’s rights, liberties, laws and democratic values. It represents a willingness to integrate into our successful multicultural nation.”

“Being an Australian citizen is an immense privilege, which brings both rights and responsibilities. I congratulate all those who have taken this important step.”

The Government moved quickly to start online ceremonies when COVID-19 restrictions forced in-person ceremonies to stop, and to date more than 60,000 people have been conferred citizenship this way.

The Department of Home Affairs has also resumed citizenship interviews and testing, in line with COVID-19 health advice. Small numbers of appointments have begun in Perth and Sydney and more will be rolled out in other locations as soon as possible.