Greek travellers turning their wanderlust into a lifelong adventure, even after having kids 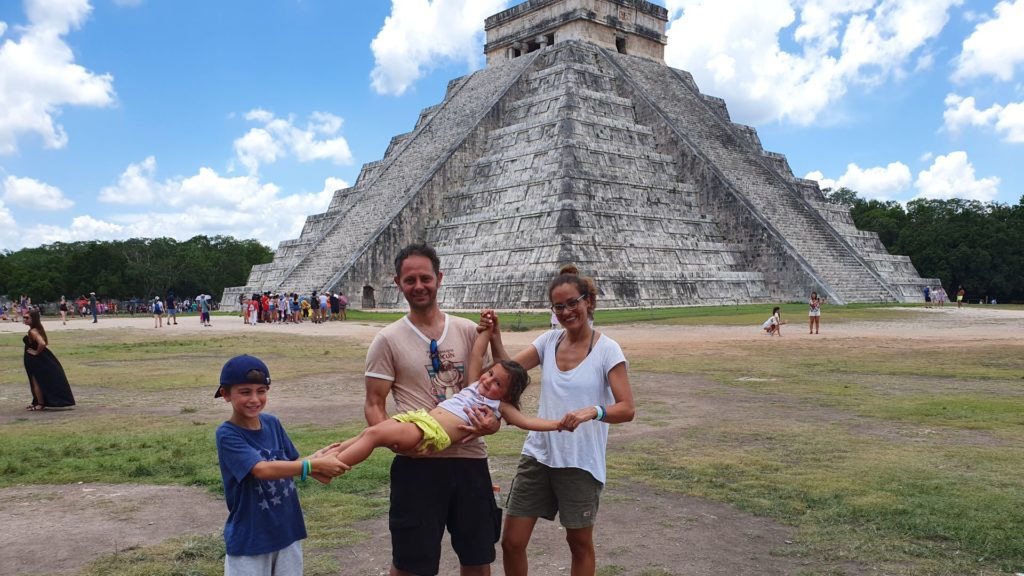 Nestled in Athens, Theo Anagnostopoulos and Maria Vranopoulou ponder what kind of adventure they will take their children on next.

The couple’s love for travel dates back to before they began taking their youngsters Alex aged nine and Marianna aged three, out to see the big wide world.

In a way it was inevitable that Mr Anagnostopoulos and Ms Vranopoulou would introduce their children to their love for travel as there has been no shortage of adventure in their lives.

From around the age of six, young Maria Vranopoulou would go on historical treks with her father, following the path of Alexander the Great.

“We would go where many people wouldn’t usually go like Syria, Jordan, Iran and Iraq…Theo would go camping with his family around Europe when he was younger. In that way, travelling was just a way of life for us from a young age. When we met, it was our shared interest,” said Ms Vranopoulou.

To date, Mr Anagnostopoulos has managed to visit 92 countries, whilst Ms Vranopoulou has marked off around 70.

Travel holds a very special place in the couple’s hearts. So much so, that when they decided it was time to grow their family they refused to give up their globetrotting.

“When the kids came along, we didn’t think for a second that we would stop travelling and instead of us completely adopting a new way of life we would integrate the kids into it,” Ms Vranopoulou explained.

“When Alex was seven months old we said ‘let’s fly from Athens to Alaska and drive all the way from Alaska to San Diego’, which is around 13,000 kilometres. He was seven months when we started and eight months when we ended. Looking back I think we were a bit intense and could’ve done something a little more mild,” Mr Anagnostopoulos added.

Getting a little too ambitious perhaps may have been a little misstep, but the privilege of getting to experience trudging about different lands and immersing yourself in other cultures is well worth the minor hiccups.

“Children are able to understand diversity, the differences of the world be it people and ways of life, rich and poor.  From an environmental point of view they also see other ecosystems, other flora and fauna. In this way they understand diversity, especially in our current climate with all this hatred and racism and also environmental issues,” Mr Anagnostopoulos said.

“Through exploring other ecosystems, first and foremost they learn to respect and love nature. Seeing various living conditions also teaches them to appreciate the good they have in their lives and practice gratitude and not to focus on the materialistic but to live life through experiences,” Ms Vranopoulou said.

READ MORE: The story behind Jakarta’s favourite Greek restaurant – and a recipe to try!

#nofilter somewhere in the upland #steppes of #mongolia . For 4.000 years people in Mongolia have used eagles to hunt small mammals. Unsurprisingly, the bond between bird and human is incredibly strong. Most of the eagles are treated like family members, fed by hand and kept in comfortable quarters in the family’s home. The birds are captured at around four years old, the age when they are old enough to know how to hunt but young enough to adapt to human contact and bond with their hunter. #travelphotography #travelling #explore #travelaroundtheworld #eaglehunters #adventurefamily #adventuretravel #travelideas #travelingwithkids #travelmongolia #kidsofinstagram #tb #asia #amazingplaces #amazing_shots #photography #photooftheday #kidstravel

The couple know better than most of the wealth of knowledge there is beyond the four walls of their humble abode.

Crossing borders, hiking up volcanoes in Ethiopia, trudging through the forests in Borneo where they were able to see the devastation that palm oil deforestation has had on the orangutans has offered them first hand learning experiences like no other, but there is always more.

“Although I am faced with my own fears and I say ‘forget it I’m going back to my safe home’, I’ve found I’ve started to seek out my fears. Travel has made me more adventurous. When I teach my history classes, I’m also able to incorporate parts of my own trips and students pay more attention to the lessons,” Ms Vranopoulou said.

Mr Anagnostopoulos on the other hand had a bit of a different learning experience.

“Travel has definitely made me a more organised person, but it also made me realise how difficult of a person I am to deal with,” he laughed.

“You become more self aware.”

Travelling with kids does pose its own challenges of course. Aside from the obvious logistics of getting everyone washed and dressed for the day, some moments may go amiss on the children.

“Sometimes what we think the kids will enjoy, doesn’t always pan out. A classic case was when we were in Namibia and said ‘wow, we’re going to take Alex on safari to see wild lions and elephants’. When we got there we came upon a very rare moment where a lion had just captured an antelope. And we are sitting there watching this, thinking how lucky Alex and we were to be able to see this and then we see Alex sitting there, more enthused by and playing with the car’s windscreen wipers,” Ms Vranopoulou explained laughing.

“We often get asked ‘why do you bring them along? they won’t remember it’, but it’s the same as telling them fairy tales before bed. It fosters their cognitive development and imagination,” Mr Anagnostopoulos said.

On one hand they offer intimate and precious snapshots of their family adventures like relaxing in hammocks in Mexico and swimming with whale sharks and then a quick scroll will bring you to the conundrums many parents face bringing their little ones.

As the coronavirus began shutting down cities across the world, the jet setting couple saw the opportunity to expand their Instagram to YouTube.

“One of the reasons we wanted to share the video on YouTube was not necessarily to showcase the places we were going to and learn about them, but instead to show what it truly means to travel with kids, all the ups and downs, but to show that nothing is impossible and it’s not as difficult as people make it out to be,” Ms Vranopoulou said.

READ MORE: ‘The santouri is my surfboard, I travel the world on it’

In the end, the rewards from worldly experiences will always triumph over the odd temper tantrum and having to play referee during an intense sibling bickering match.

Their best advice is to “just make the decision and go” and remember to bring along a stroller.

Unfortunately for now their plans to visit Siberia have been postponed due to the coronavirus pandemic, however they are lucky enough to have the beauty of Greece in their own backyard.