The Labor-dominated Lower House did not meet as scheduled due to COVID-19 advice, but the Upper House did with the opposition critical of Victorian Health Minister Jenny Mikakos’ “appalling contempt of the Parliament” for refusing to answer questions 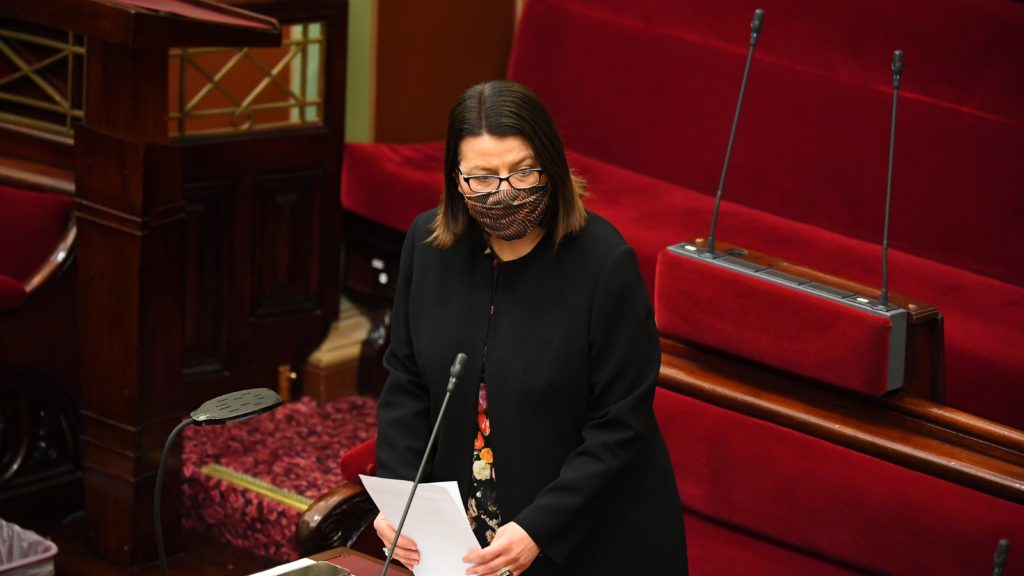 Victoria’s Health Minister Jenny Mikakos has been flung into the ‘eye of the cyclone’ in the last 24 hours after refusing to answer questions about her handling of the COVID-19 crisis during a brief sitting of parliament. The minister attended the sitting despite the absence of many Labor members from rural areas who did not attend following the guidelines of Victoria’s Chief Health Officer Brett Sutton.

Her stance has prompted fierce criticism from the opposition and a portion of the press.

A spokesperson from Victoria’s government responded to questions posed by Neos Kosmos, with the following statement:

“Jenny Mikakos and our Labor MP’s did not want to be in Parliament – because Michael O’Brien and the Liberal Party chose to ignore the health advice from the Chief Health Officer, which put MP’s and their staff at risk.

“Given Michael O’Brien and the Liberal Party’s dangerous move – the Government had to ensure it had the numbers in the upper house that blocked them from taking any further irresponsible action.”

Ms Mikakos deflected six questions regarding the government’s handling of COVID-19, specifically concerning the fiasco of posting untrained security guards who may have contributed to Melbourne’s horror coronavirus outbreak leading to a second wave which resulted in the state’s lockdown.

The Health Minister said she would respond to the questions submitted in writing.

The reason given for her refusal to answer the questions was the fact that the sitting had taken place despite the warnings of Victoria’s chief health officer Brett Sutton, who had advised that the meeting be postponed.

The Labor government adopted Brett Sutton’s guidelines and informed deputies elected outside metropolitan areas to remain in their homes, including the leader of the Labor Party in the Legislative Council. Ms Mikakos was present in her capacity as Deputy Leader.

Victoria’s government states that there were not enough members present for the sitting, bearing in mind rural Labor party members’ absences. Hence, the opposition would have held the majority should Parliament have met in the coming days against the advice of Professor Sutton.

We shouldn’t be at parliament today. We should all be staying safe. The @VictorianCHO advice was to delay this sitting. It’s a dangerous trend for leaders to ignore medical advice. We should set the example. The longer we’re here, the greater the risk to all who work at #springst pic.twitter.com/eocRLzM7mW

Liberal Leader of the Legislative Council, David Davis, fired back by accusing the government of garnering incredible power while flouting accountability.

“Once the government has ‘incredible powers’ with the ‘state of disaster’ imposed on Victoria, it must be accountable and not shy away from control,” he said.

Ms Mikakos refusal to answer questions sparked an outcry from Mr Davis, who said it was an “unacceptable answer” and accused her of “contempt for parliament and society”.

On her part, Ms Mikakos asked: “Don’t you think it is dangerous to ignore Mr Sutton’s advice?” At this point, Bernie Finn MP called on Ms Mikakos to resign.