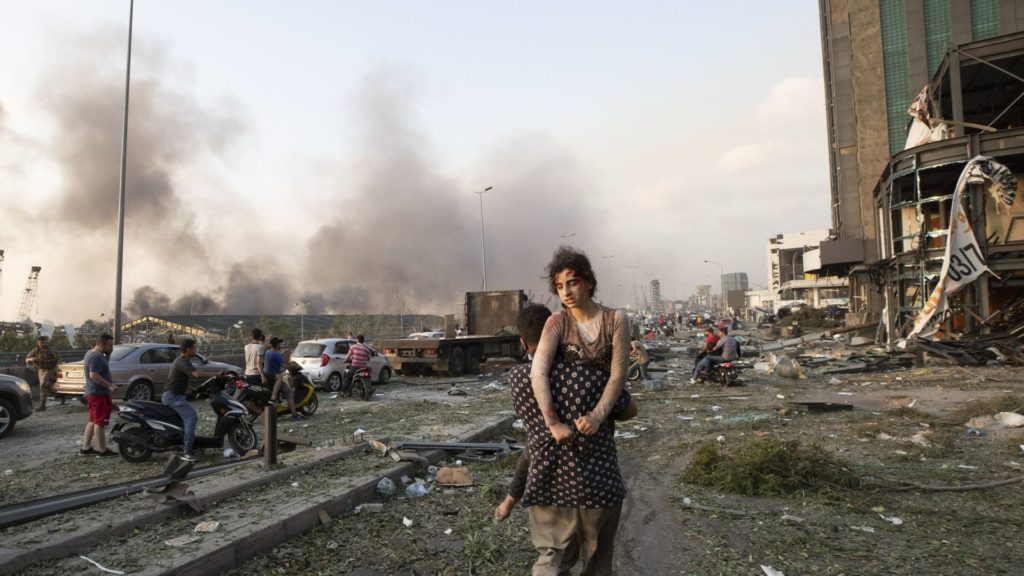 Two blasts flattened much of the port area as people evacuate, wounded. Photo: AAP via AP

World leaders have rushed to offer support to Lebanon following an enormous explosion in Beirut on Tuesday that killed at least 50 people and wounded more than 2,700.

The cause of the explosion at the Lebanese capital is not immediately clear, but Lebanon’s internal security chief Abbas Ibrahim said the port area of the city, where the explosion took place, housed highly inflammatory materials.

Two massive blasts sent ripples through the city, and flattened much of the port area.

Plumes of smoke covered the sky as a giant mushroom cloud towered over the area.

Lebanon’s Prime Minister Hassan Diab urged “friendly countries” to provide assistance. “I am sending an urgent appeal to all countries that are friends and brothers and love Lebanon, to stand by its side and help us treat these deep wounds,” he said in a televised address.

Greek Prime Minister Kyriakos Mitsotakis was among the first to send his condolences to the Lebanese people, assuring them that Greece would extend support to help the country. He Tweeted his “deepest condolences”, especially to the families who have suffered losses.

On behalf of the Greek people, I want to express my deepest condolences to the people of Lebanon, especially to the families who have suffered losses, and wish a speedy recovery to the wounded. Our thoughts are with you.

Diplomatic sources say the Greek embassy in Lebanon suffered minor structural damage, but all embassy staff is in fine health. There is no information about Greek citizens who are among the dead or injured. An injured man walks at the explosion scene that hit the seaport, in Beirut Lebanon, Photo: AAP via AP 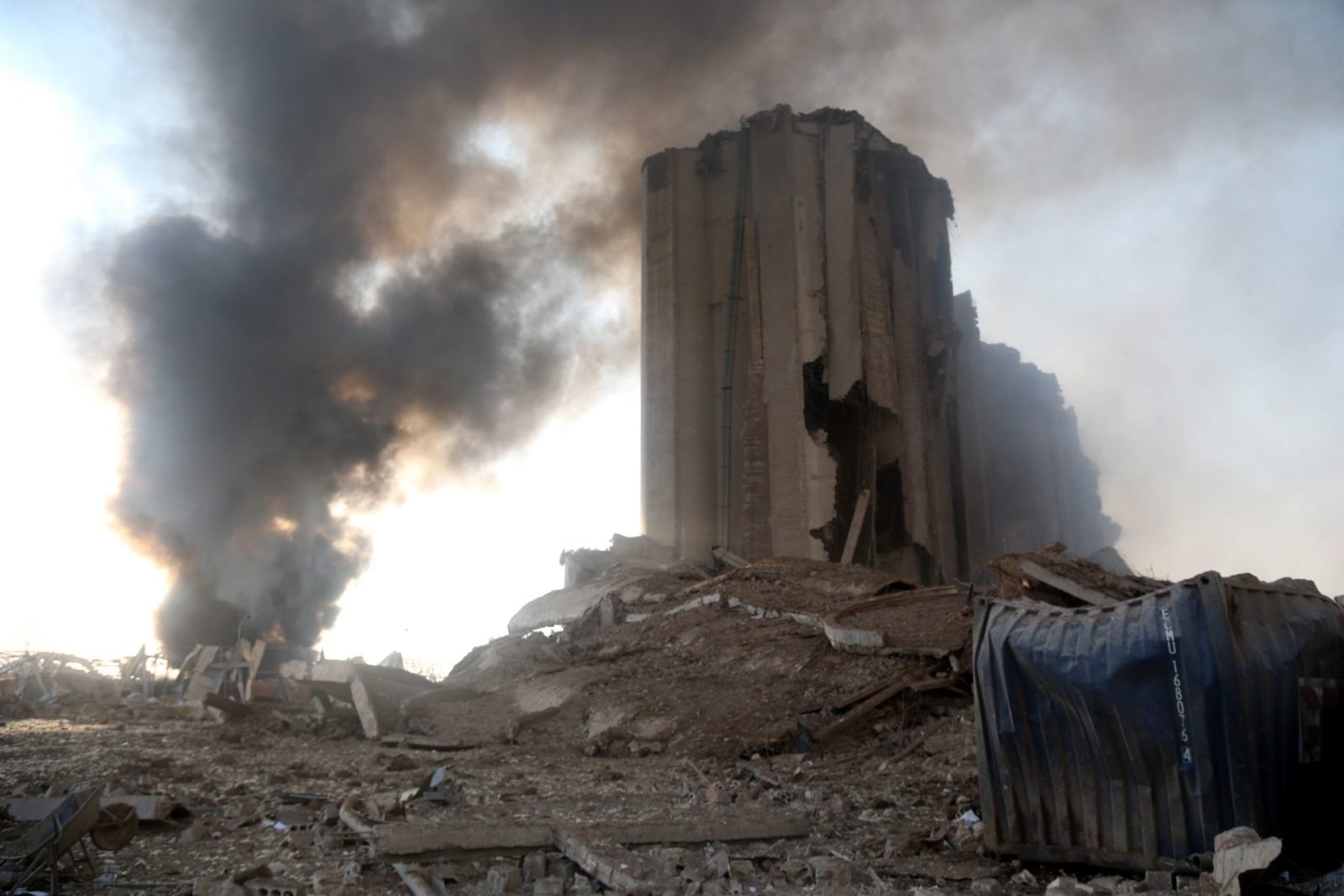