Channel the Ancient Greeks during COVID-19

Whether you’re in Melbourne experiencing Coronavirus lockdown again or you think your suburb, town, state or territory will be next, don’t get angry, get smart 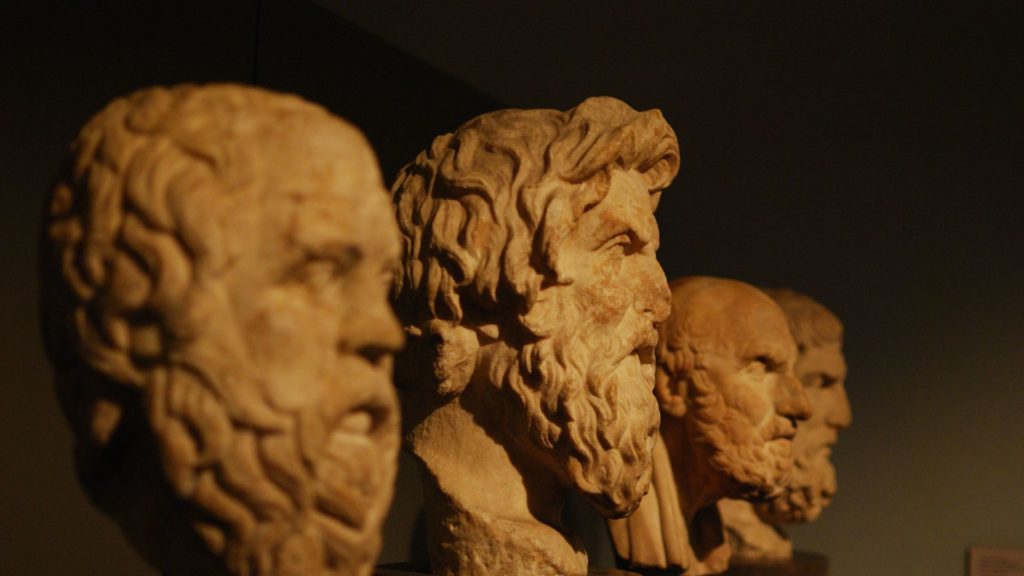 Don’t be a sucker again and start costly DIY projects that flop, online courses you’ll never finish and binge watching that makes you dumb and numb. Instead, channel the ancient Greeks and their scholars like Socrates, Plato and Aristotle.

The ancient Greeks endured wars, natural disasters, plagues and the occasional wrath from the 12 gods of Mt Olympus. They knew how to survive adversity.

Below is a list of 10 free or low-cost activities from ancient Greece to help pass the weeks in lockdown.

There are different explanations of this word. The Oxford Greek dictionary translates it as meaning bliss. The Macquarie dictionary says that in Aristotlelian philosophy, eudaemonia is happiness resulting from an active life governed by reason. The University of Sydney honorary associate in the Department of Philosophy, Dr Tim Dean, believes Aristotle’s “eudaemonia” is more about flourishing than seeking pure happiness. He also stresses the importance of friendships. For Dr Dean’s views on Aristotle, as well as Epicurus, go to the podcast, “Breakfast with Josh Szeps”, Ancient lessons for mental fitness,” www.abc.net.au, (6 June 2020).

The pantheon of ancient Greek philosophers is overflowing with intellectuals. Of the most famous, are Socrates (469-399BC), Plato (427-347BC) and Aristotle (384-322BC). All three are connected. Socrates taught Plato who in turn taught Aristotle who taught Alexander the Great. In Plato’s work “The Republic”, his central question is “What is justice?” in “Euthyphro” discussion revolves around the question “What is piety?” and in “Theaetetus” he tries to define knowledge. Ponder these questions by yourself, with others living in your house, on social media or via the telephone. Philosophising and the practice of thinking or reasoning like a philosopher takes time. Before you know it, it could be the third lockdown before you come up with a satisfactory answer. For further information on ancient Greek philosophers see websites listed below or search through your old books, including your Greek school books.

Theirs was the first literature in Western Europe. The ancient Greeks wrote poems, plays, history and speeches; they brought writing to perfection. There is Homer (possibly born in 750BC) and his poetic masterpieces the “Iliad” and “Odyssey”, dramatist Aeschylus (525-456BC) and his play “Prometheus Bound” and Euripidis(480-406BC) and his “Medea”. Try writing yourself. Start writing a novel,your autobiography, a diary or a love letter. For copies of the above-mentioned works, try a secondhand bookstore online or one that’s still trading. Alternatively, go to www.greek-language.gr for the full text of “Medea” in ancient and modern Greek or ancient history encyclopaedia website www.ancient.eu/ (and then the a scholar’s name).

The world is testimony to the influence ancient Greek art, sculpture and paintings has had on society. Sculputures by Praxiteles (395-330BC) and paintings by Apelles (370-306BC) and Polygnotus (500-440BC) are beautiful. Try drawing. Get a plain piece of paper and sketch your partner, your child, your garden or yourself.

The art of public speaking flourished in Athens during the 300s BC. The most important Greek orators were Isocrates (436-338BC) and Demosthenes (384-322BC). Demosthenes’s “Philippics” was a series of speeches where he violently attacked King Philip II of Macedon, who later conquered the Athenians. His greatest speech, “On the Crown”, is considered one of the nearly perfect speeches in history. Demosthenes was not a natural orator. He overcame an unpleasant voice, weak lungs and awkward manner. Practice your own oratory skills in front of a mirror or video yourself on your mobile phone. For further information on Isocrates and to read the speech “On the Crown” go to the free website www.brittanica.com. You can also watch the speech in English on YouTube. The “Philippics” oration can be found online at America’s University of Vermont’s website www.uvm.edu/~bsaylor/classics/Demosthenes.

There are many free educational interactive ancient Greek games online for children. They include “Play catapult, war game” and “Ride the chariot – chariot race”. There is also “Make an ancient Greek pot” and “Find your way around Sparta”. For these free interactive online games go to https://greece.mrdonn.org/greekgods. National Geographic for kids also teaches 10 facts about ancient Greece where kids can ” learn all about this super-cool civilisation”. Greek mythology often teaches important life lessons like about bravery, intelligence and right from wrong. With this in mind, National Geographic also has free, downloadable Greek mythology and the lost city of Atlantis primary resources which, the website says, are good for teachers, home-schoolers and parents.

For further information go to www.natgeokids.com/Greece.

The ancient Greeks valued physical fitness in males: the Spartans were absolutely Spartan about it. We don’t have to take exercise so seriously. Stage 3 restrictions allows exercising locally. If you have the space, you can make part of a room, a balcony, your yard or the garage into a little gym. Roll out a mat and do sit-ups, sit on a chair and do hand weights with tins of okra or skip rope.

Marbles, checkers and knucklebones or jacks are some games the ancient Greeks played. Check your cupboards to see if you have these games.

The ancient Greeks were agriculturalists. They planted olive trees and used the crop to make oil which they ate, made into soap and traded. They also planted fig and pomegranate trees. Plant an olive tree in a pot, a fig tree in your back yard and a pomegranate tree in your front garden. In time, when the pomegranate tree bears fruit, put one fruit whole in your house for good luck. Seedlings are sold at nurseries and garden centres which are trading. For a free supply, source them from a parent’s tree on your next visit as a caregiver.

It costs no money, requires no online course, needs no people and involves no travelling. Just sit down and be. Be quiet, be still, be present. In doing so, test Socrates’s warning: “Beware the barenness of a busy life.”.