The release of the Famagusta Dialogues report, working to achieve peace 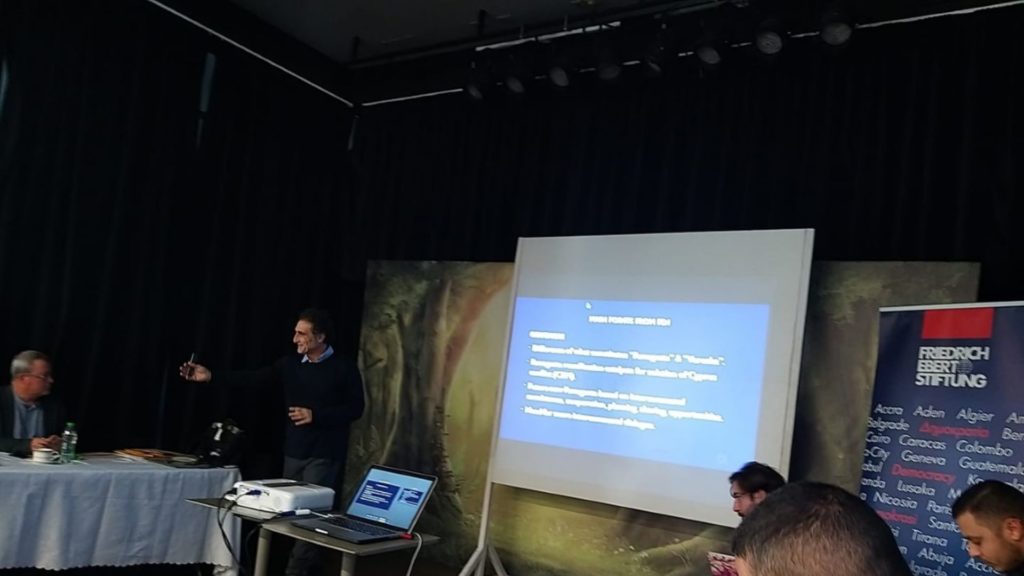 “Famagusta, as both a confidence building measure and a catalyst for change, is central to the process of achieving a peaceful, just and comprehensive settlement of the Cyprus problem.”

In January 2020 the bi-communal citizens’ organisation “Cyprus Academic Dialogue” (CAD), initiated a project on Famagusta, which aimed to bring together individuals from the two communities to discuss the problems and future prospects of Famagusta. The Report on the “Famagusta Dialogues Project” has just been released.

Led by Dr Michalis S. Michael, the “Famagusta Dialogues Project” was funded by the Australian Department of Foreign Affairs & Trade, with the financial support of the Friedrich Ebert Stiftung Foundation in Cyprus. The project brought together the Greek and Turkish Cypriot municipal communities of Famagusta, the adjacent Deryneia municipal community, and other stakeholders, with a view of involving them in a constructive, respectful and mutually beneficial dialogue. It comprised of two intracommunal (internal) consultations and two intercommunal (bicommunal) dialogues.

The Famagusta Dialogues emerged out of serious concern over how Famagusta, and its local municipal communities, were increasingly being ignored, misrepresented and misunderstood against the wider background of the collapse of the Cyprus Talks. As a consequence, important and complex issues about reunification, federalism, intercommunal relations, local, regional and international affairs, security, division, and separatism, were, in many instances, being reduced to a polarised debate about competing entities, the politics of inclusion, and the legitimacy of belonging.

The aim of the Famagusta Dialogues was to provide the space and the opportunity for Famagustians, in particular Greek and Turkish Cypriots, to engage with their local municipalities over issues of common concern, to maximise their understanding of the broader Famagusta region and contribute to the development of effective community policy responses.

A key concern of the project was to scrutinise the risk that reunification and reconciliation, as a public policy, might be overrun by various official approaches to the Cyprus conflict.

On the occasion of the completion of the project, CAD would like to thank all the participants who took part in its four activities: the three municipalities associated with the project – the Greek Cypriot (in-exile) Municipality of Famagusta, the Turkish Cypriot Municipality of Famagusta, and the Municipality of Deryneia – for their support; Australia’s High Commissioner, Mr Samuel Beever, and his staff; Friedrich Ebert Stiftung Foundation in Cyprus and its director Professor Hubert Faustmann, and his staff; and, lastly the project’s leader and author of the report Dr Michalis S. Michael, and his two assistants.