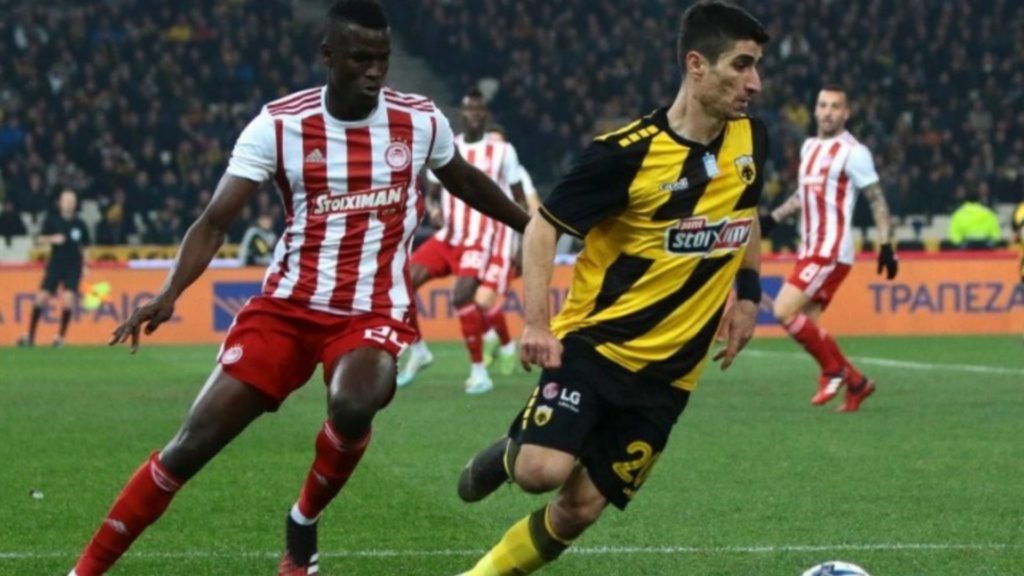 They meet again. AEK and Olympiacos will face off again since their 2016 Greek Cup Final Photo: APE/MPE

After coming against wave after wave of obstacles, the Greek Cup final between AEK and Olympiacos will take place on Sunday 30 August at the OAKA Stadium.

For those keen to watch on in Australia, the battle will kick off at 4:00am AEST.

After many consultations, letters, checks and postponements, the final of the Greek Cup 2020 will take place in an empty OAKA Stadium, after Rizoupoli was deemed unsuitable for security reasons.

The two teams will be meeting for the eighth time after Olympiacos qualified for the final, beating PAOK 2-0 and AEK tying with Aris 2-2 in Thessaloniki.

This will be AEK’s fifth consecutive year in the finals, while Olympiacos’ last go at the finals was back in 2016.

This game may be a flash of deja vu as the last time the teams met in a final was in the 2015-16 season, with AEK winning 2-1 thanks to goals by Mandalo and Jimbour, whilst Chori Dominguez had scored one for Olympiacos.

This time, it seems Olympiacos are the favourites to win.