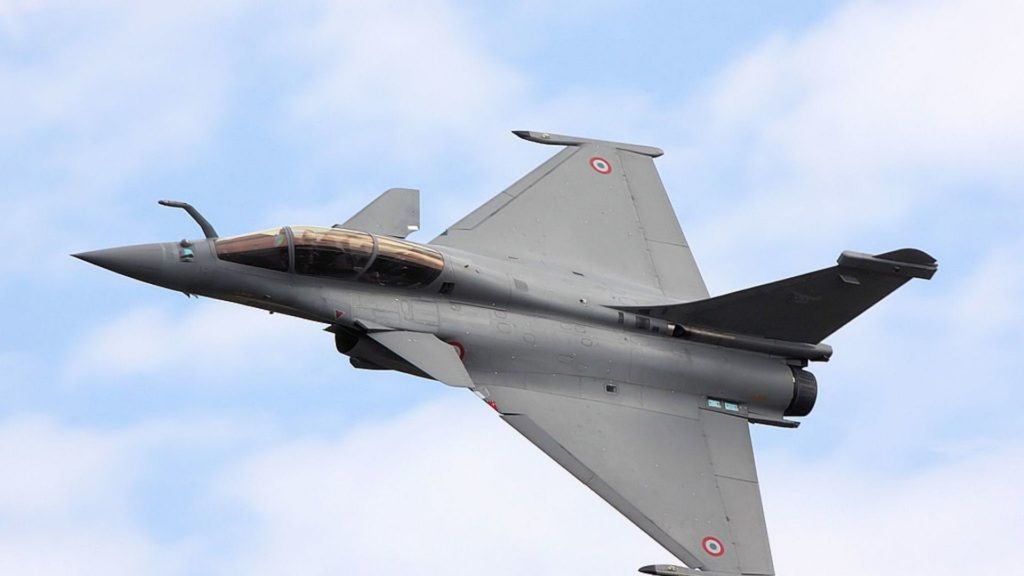 A French-made raffale jet. Greece’s HAF is about to include 18 as part of its force. Photo: Wikipedia

Greece plans to bolster its military with new weapons following deteriorating relations between Greece and Turkey in a row over drilling rights. Turkey’s decision to prospect the seabed in Greece’s continental shelf has sparked the row.

The acquisition of four frigates, instead of two, along with 18 French Rafale jet fighters which are part of the new Greek defence package have sparked concerns following heightened tension in the eastern Mediterranean. The jets will be operational to be used by the Hellenic Air Force (HAF) as soon as possible and are part of a 1.5-billion euro package to be disbursed within a matter of weeks.

The arms package is being fast-tracked by the Greek Ministry of National Defence to shield Greece’s armed forces and ensure Greek sovereignty is protected.

Greek Prime Minister Kyriakos Mitsotakis and French President Emmanuel Macron will meet on Thursday and Friday in Corsica, on the sidelines of the EU Summit for Mediterranean countries to finalise the deal. Following this, Mr Mitsotakis will announce details of plans to beef up the country’s military during his annual government budget speech on Saturday.

The stand-off with Ankara is continuing as Turkey continues to ignore UN territorial agreements and make territorial claims in Greece’s Exclusive Economic Zone (EEZ) in its bid to for oil-and-gas exploration rights in the eastern Mediterranean.

Greek Government spokesman Stelios Petsas on Monday said Greece is “determined to do whatever is necessary to protect [its] sovereign rights” and added that Greece is in contact with its allies to reinforce its defence equipment.

“The Turkish leadership is unleashing, on a near-daily basis, threats of war and makes provocative statements against Greece,” Mr Petsas said, adding that Turkey was the only regional country to “threaten its neighbours with war”. Speaking with visiting Maltese Foreign Minister Evarist Bartolo, Mr Dendias said that dialogue with Turkey should be based on international law, however he added that “dialogue under threatening conditions is inconceivable”.

Last Saturday, Turkish President Recep Tayyip Erdogan sent a stark warning to Greece not to dispute his claims in the eastern Mediterranean otherwise the country would face consequences.

“They’re either going to understand the language of politics and diplomacy, or in the field with painful experiences,” he said during a hospital opening in Istanbul. Previous rhetoric has been just as harsh, where he has accused France of “bullying” and Greece of “piracy”.

Experts, however, say that the Turkish leader’s words are for domestic propaganda. Turkish analyst Atilla Yesilada told Euronews that the Turkish president actually “wants Greece at the negotiating table”.

“We have been at this point at least a thousand times since the 1974 Cyprus conflict and nothing has changed,” Mr Yesilada said.

Since the mid-1970s, Greece and Turkey have faced numerous conflicts but have been on the verge of war three times.